MITEI has just celebrated its fourth birthday. We spent our first year laying the groundwork and building the infrastructure for our programs in research, education, campus energy management, and policy outreach and the last three years advancing this agenda. Now is an opportune time to revisit and reflect on some of the choices made in structuring MITEI and to address the opportunities and challenges that lie ahead.

Fundamentally, the pathways laid out for each of the four mission areas have proved to be very productive, and new directions are also taking shape in each area. The success of MITEI to date has been accomplished through the efforts of an extraordinary group of faculty, students, staff, private- and public-sector partners, alumni, and friends.

A key initial commitment was advancing energy research both for innovations supporting today’s energy systems and for transformational “game changers.” This two-track approach was deemed essential for reaching a low-carbon and secure energy future in the 2006 MIT Energy Research Council planning report, the document that has guided our first four years of operation.

This judgment has been reinforced by the diminishing likelihood that a charge on carbon dioxide emissions will be implemented domestically any time soon. Internationally, expectations for the climate meeting in Cancun are considerably less than they were for the preceding meeting in Copenhagen.

The interplay of innovation and transformation is highlighted by results from the recent MIT Future of Natural Gas study. In the near term, an economically efficient path to a low-carbon future will likely be driven principally by the combination of reduced energy demand, notably through improved buildings and increased vehicle efficiency, and the substitution of natural gas for coal. This pathway will be supplemented by growth in nuclear power and renewable technologies. The combination of efficiency and natural gas forms the bridge to a low- or zero-carbon future.

To ensure that this is a “bridge to somewhere,” game-changing “zero-carbon” technologies must scale up in dramatic fashion in just a couple of decades. Research articles in this edition of Energy Futures delve into some of MIT’s work on these game-changing options, including solar energy, vehicle battery technology, and carbon dioxide sequestration. This work is supported by MITEI industry partners, either individually through sponsored research or collectively through the early-stage seed grant program. The lagging progress on the energy policy front heightens the importance of lowering the cost of these and other transformational technologies and rapidly moving them into the market.

MITEI’s industry-led strategy has yielded a strong innovation and transformation research portfolio aligned with both faculty interests and company strategic directions. The programs of our earliest Founding members, BP and Eni, have emphasized solids conversion and solar frontiers, respectively. While that work continues, both collaborations are also leading to deepening strategic partnerships in new areas. Similar progress has been made with our earliest Sustaining members. At the same time, new partnerships continue to form. In October, we were pleased to announce that Shell had joined the Initiative as its newest Founding member.

A new direction is also taking hold, namely, substantial multiyear federal programs. Over the last two years, the US Department of Energy (DOE) has placed renewed emphasis on energy science and technology programs that are sustained and competitively awarded. These programs are complementary to our industry-supported programs and are opening up new opportunities for MITEI and for MIT. MIT’s success in the Energy Frontier Research Center and the Advanced Research Projects Agency Energy (ARPA-E) competitions has been chronicled in previous editions of Energy Futures.

We have also assumed a key role in the DOE-funded Nuclear Energy Innovation Hub, led by Oak Ridge National Laboratory. This hub is dedicated to providing and employing new petascale simulation tools to advance light water nuclear reactor technology. This effort is an excellent example of innovation focusing on today’s energy systems: we will be using frontier modeling and simulation capabilities to improve the nuclear technology that will almost certainly dominate in the next several decades.

MITEI’s initial focus on the education front was on creating new curriculum options for undergraduates. Under the continuing leadership of Professors Vladimir Bulović (Electrical Engineering and Computer Science) and Donald Lessard (Management) and the strong support of the MITEI Education Office led by Dr. Amanda Graham, this goal is being realized in large part through the creation of an energy minor program and curricular offerings to support it.

New developments will include project-based subjects and dissemination of new energy courses through OpenCourseWare. MITEI is also increasing its participation in and support for the Undergraduate Research Opportunities Program and the Freshman Pre-Orientation Program.

The campus energy management program is similarly coming into full stride, consistent with MITEI’s original vision. The combined strengths of Professor Leon Glicksman (Architecture and Mechanical Engineering) and MIT Executive Vice President and Treasurer Theresa Stone have been essential in greening the MIT campus. Student engagement is high, and annual savings from campus energy projects will reach well over $3 million by the end of 2010, according to the MIT Department of Facilities. The collaboration with NSTAR will reduce campus electricity use by 15% over three years. In addition, MIT was the first university invited to join DOE’s new Global Superior Energy Performance Partnership, a building energy management certification program. Finally, MITEI has been vigorously pursuing its commitment to policy outreach. The pace of our in-depth multidisciplinary studies on the future of low-carbon technology pathways— started in 2003 with nuclear power—has quickened. In the last several years, studies have examined the future of coal, geothermal, natural gas, nuclear fuel cycles, solar energy, and the electric grid. These studies—some completed and others still under way—have drawn on the expertise of 40 MIT faculty and senior researchers and a comparable number of graduate students and postdocs. The studies continue to have policy impacts and are now supplemented by an Associate member-supported symposium series that focuses on more specific and timely topics in need of technically grounded discussion.

In short, we have built a strong foundation that can accommodate new initiatives in each of MITEI’s four mission areas. In our fifth year, we will revisit the MITEI roadmap in consultation with our many participants and friends. With the continuing contribution of so many talented faculty, students, and staff, we feel confident that “phase 2” will sustain MIT’s leading role in developing critical energy solutions. We welcome your involvement and input in the days ahead. 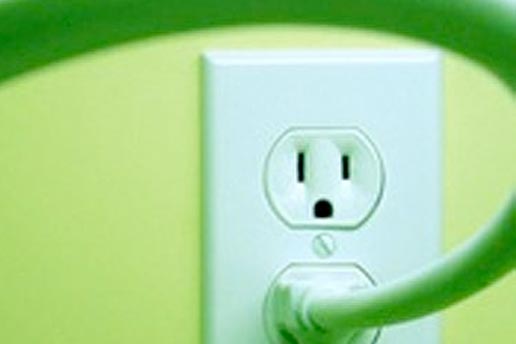 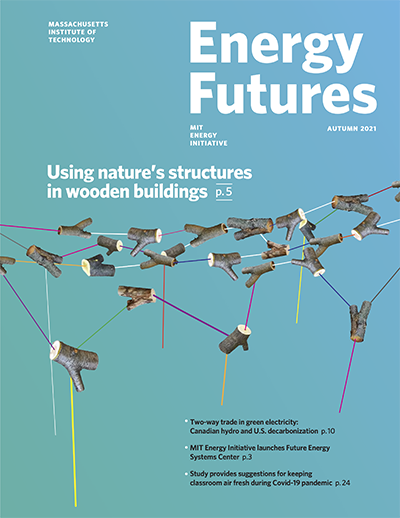 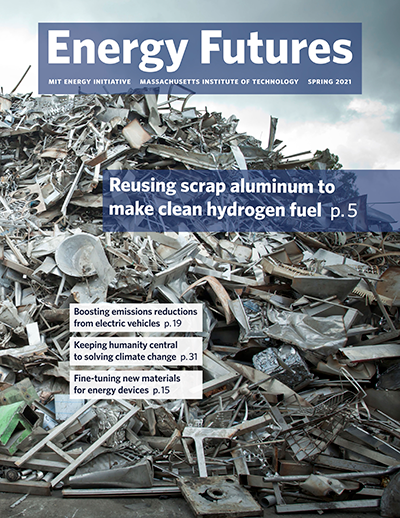 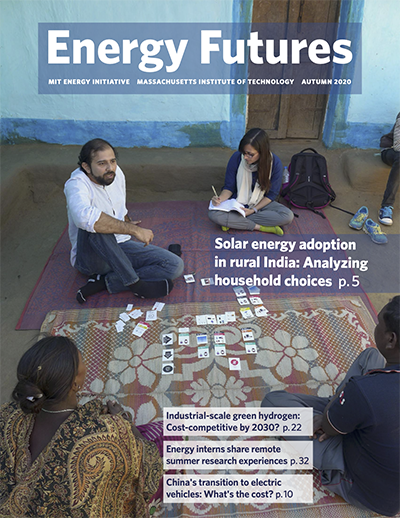 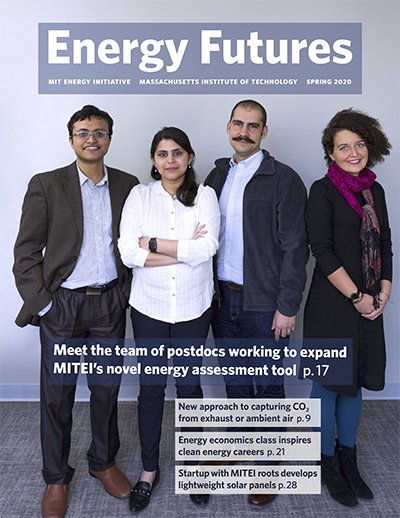 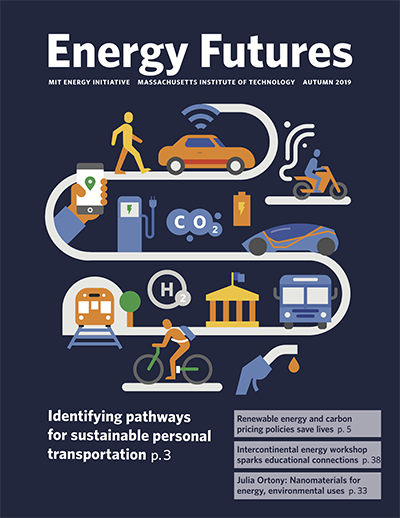 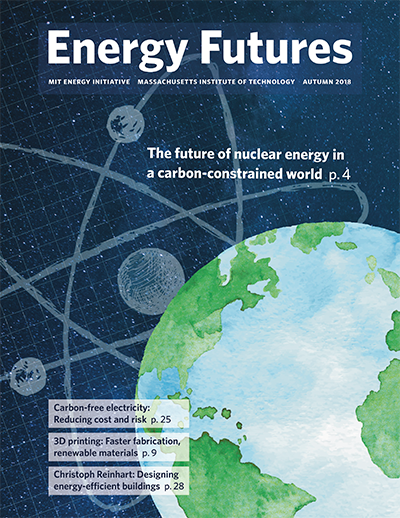 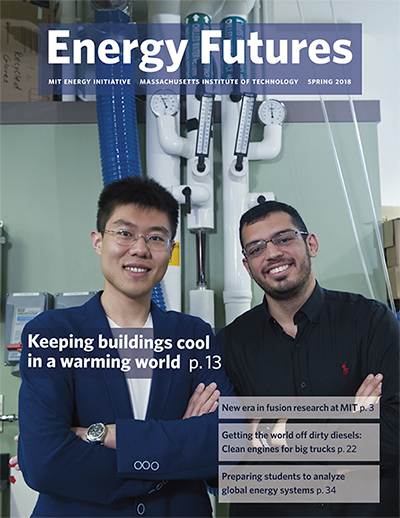 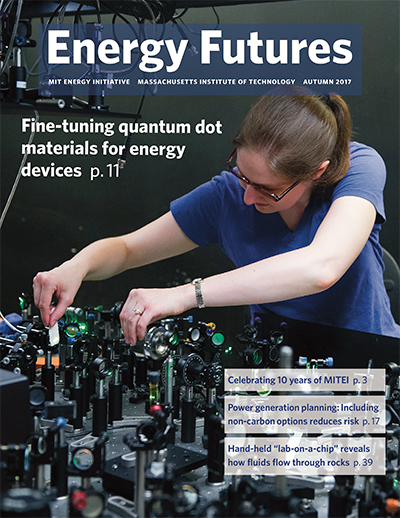 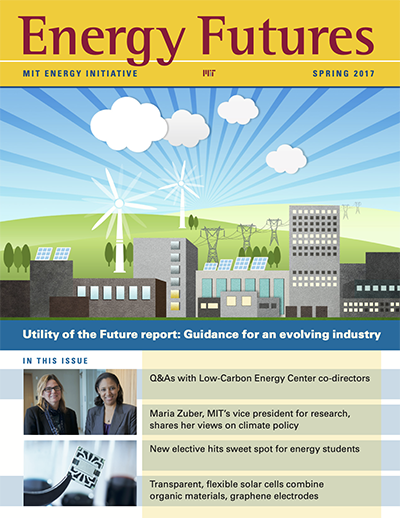 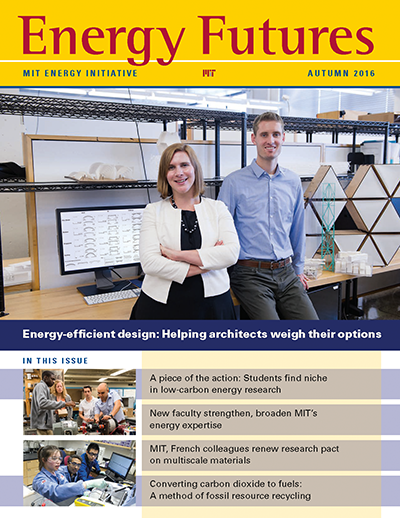 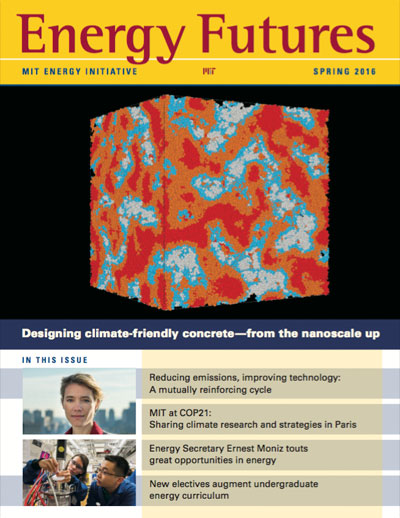 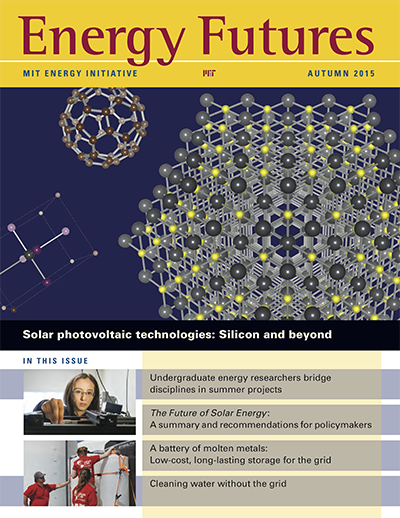 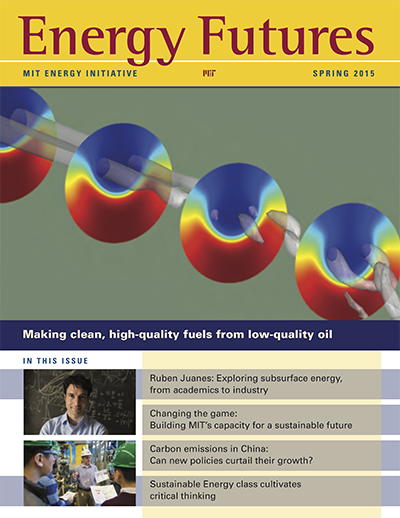 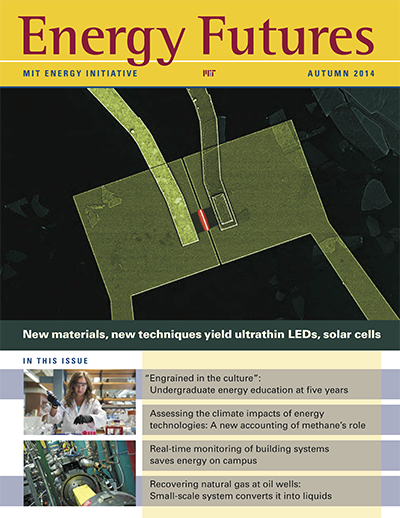 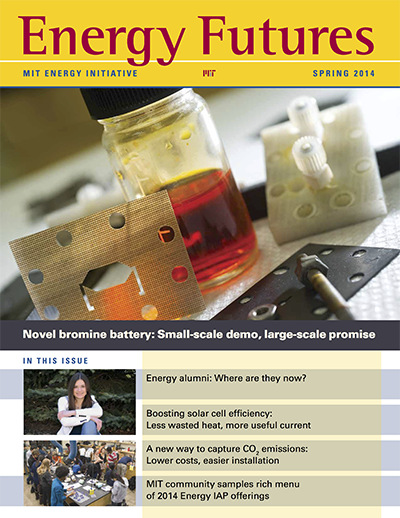 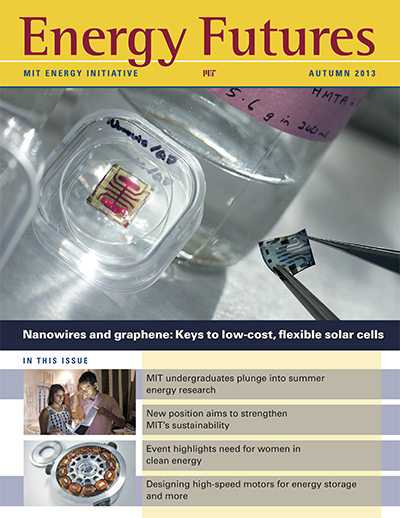 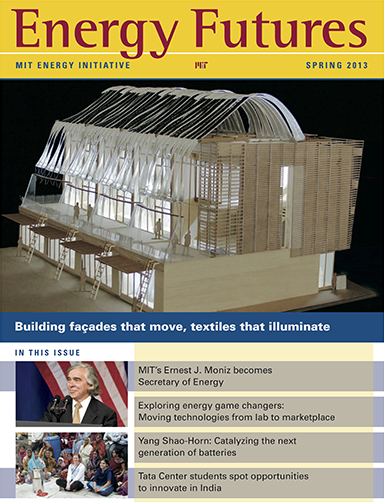 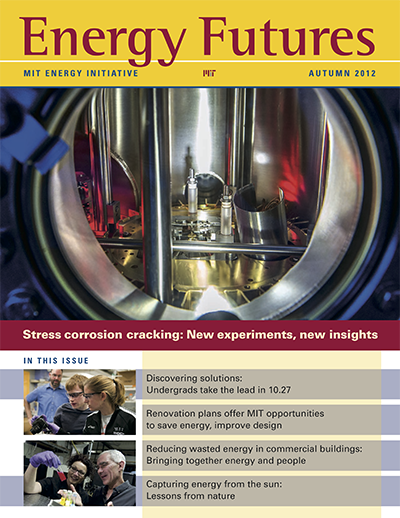 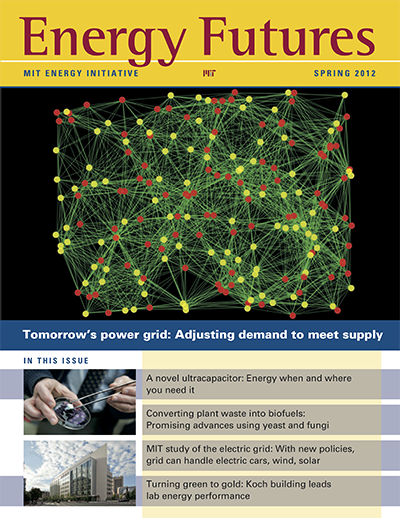 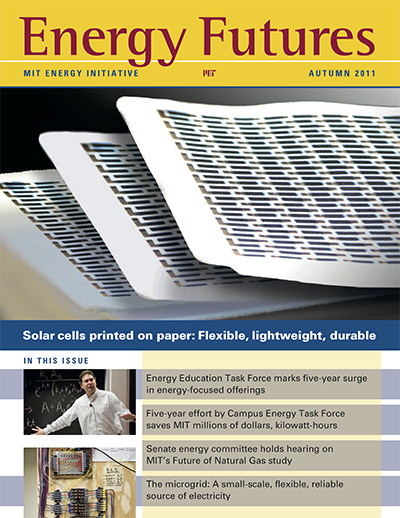 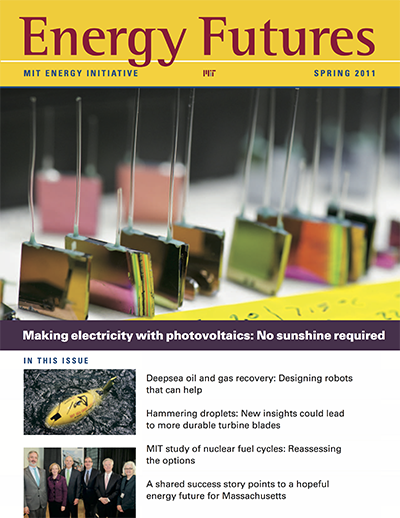 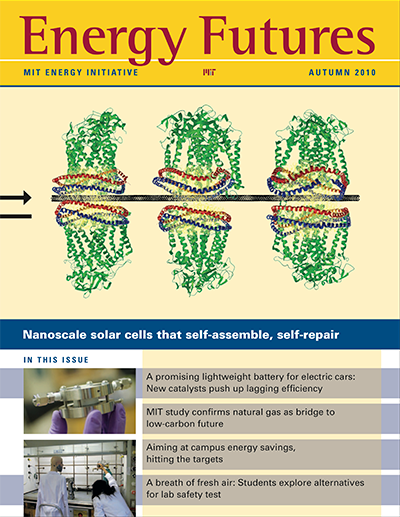 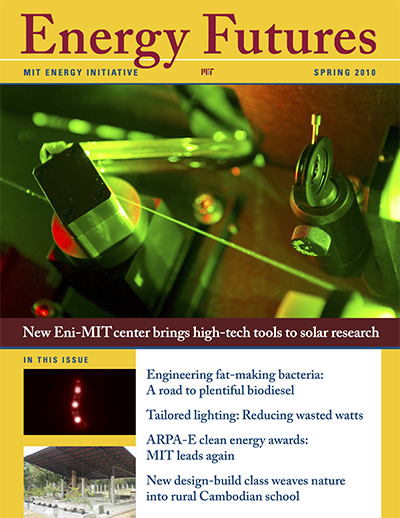 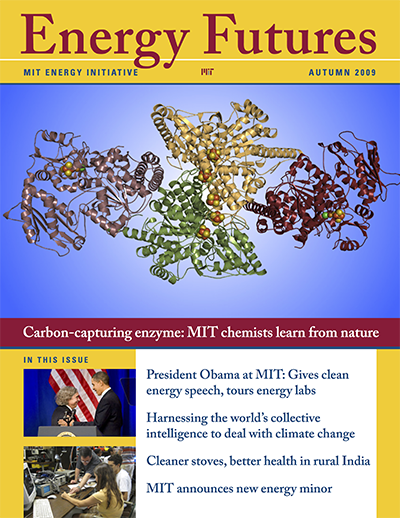 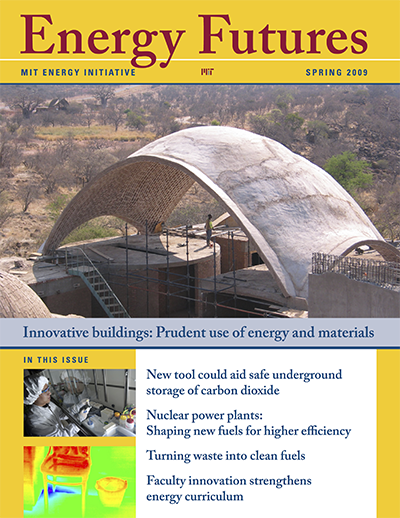 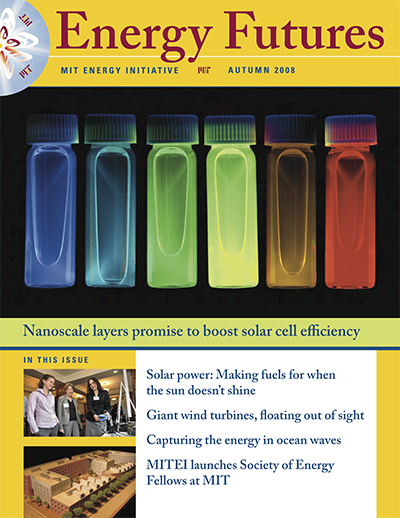 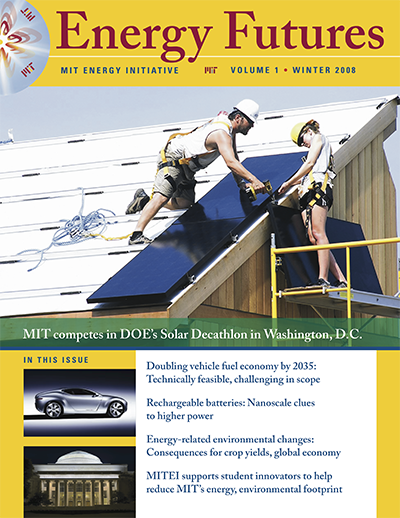