Even as coal-fired power plants across the U.S. are shutting down in response to new environmental regulations and policy mandates, defenders of the emissions-heavy fuel still have cost on their side. Coal, after all, is cheap — or so it seems. This perception makes it difficult for alternative, low-carbon energy sources like solar and wind to compete.

A new study from MIT researchers, however, shows that coal’s economic edge may soon be far thinner than we think. In a working paper for the MIT Energy Initiative, graduate students Joel Jean, David C. Borrelli, and Tony Wu show how replacing current coal-fired power plants with wind and solar photovoltaic generation facilities could provide benefits for the environment and for bottom lines in the near future.

The online tool they’ve created to help illustrate this argument is CoalMap, a web application that compares the levelized cost of electricity (LCOE) — that is, the minimum electricity price a power plant must receive to break even on investment costs over its lifecycle — of existing U.S. coal-fired plants with the expected LCOE of potential new utility-scale solar and wind generation in the same locations. The tool draws on publicly available data sets from sources including the U.S. Energy Information Administration and the National Renewable Energy Laboratory.

Users view CoalMap as a map of the continental United States showing the locations of current coal plants, with markers indicating each plant’s nameplate capacity and relative cost. As users apply different carbon prices, deployment subsidies, and rates of cost decline for solar and wind, they can observe the effects of these changes on the cost-competitiveness of renewable energy across the country.

The results might be surprising to those arguing for coal’s inherent cheapness. If levelized costs continue to decline as solar and wind technology improves, both will catch up to coal in terms of cost-competitiveness in the coming decades. The effect is even more staggering if a carbon price is implemented. Indeed, as the authors write, “imposing a price on carbon would make new solar and wind facilities significantly more competitive with coal power, even without major cost reductions” due to technological improvement. In the event of both a carbon price and improvements in clean energy technology, the researchers say, nearly all aging coal-fired plants in the U.S. could be headed for retirement within the next two decades, displaced by cheap low-carbon energy generation, even without subsidies and in areas with poor solar and wind resource.

The idea for CoalMap was born at the 2015 MIT Clean Earth Hackathon, held by the Department of Civil and Environmental Engineering and the MIT Office of Sustainability. There, the team — made up of Wu and Jean, both of the Department of Electrical Engineering and Computer Science; Borrelli, an alumnus of the Department of Chemical Engineering; and Fanni Fan, an MIT Sloan School of Management MFin student — won in the energy category, rising to the Rocky Mountain Institute’s challenge for hackathon participants to build a compelling map that could help regulators and policymakers take action against heavily polluting or uneconomic coal plants. “Everyone on our team was very interested in the scalability of renewable energy, especially solar, so we decided to take on the challenge,” says Jean. According to Wu, the hackathon offered “a great opportunity to compare coal head-to-head with renewables.” 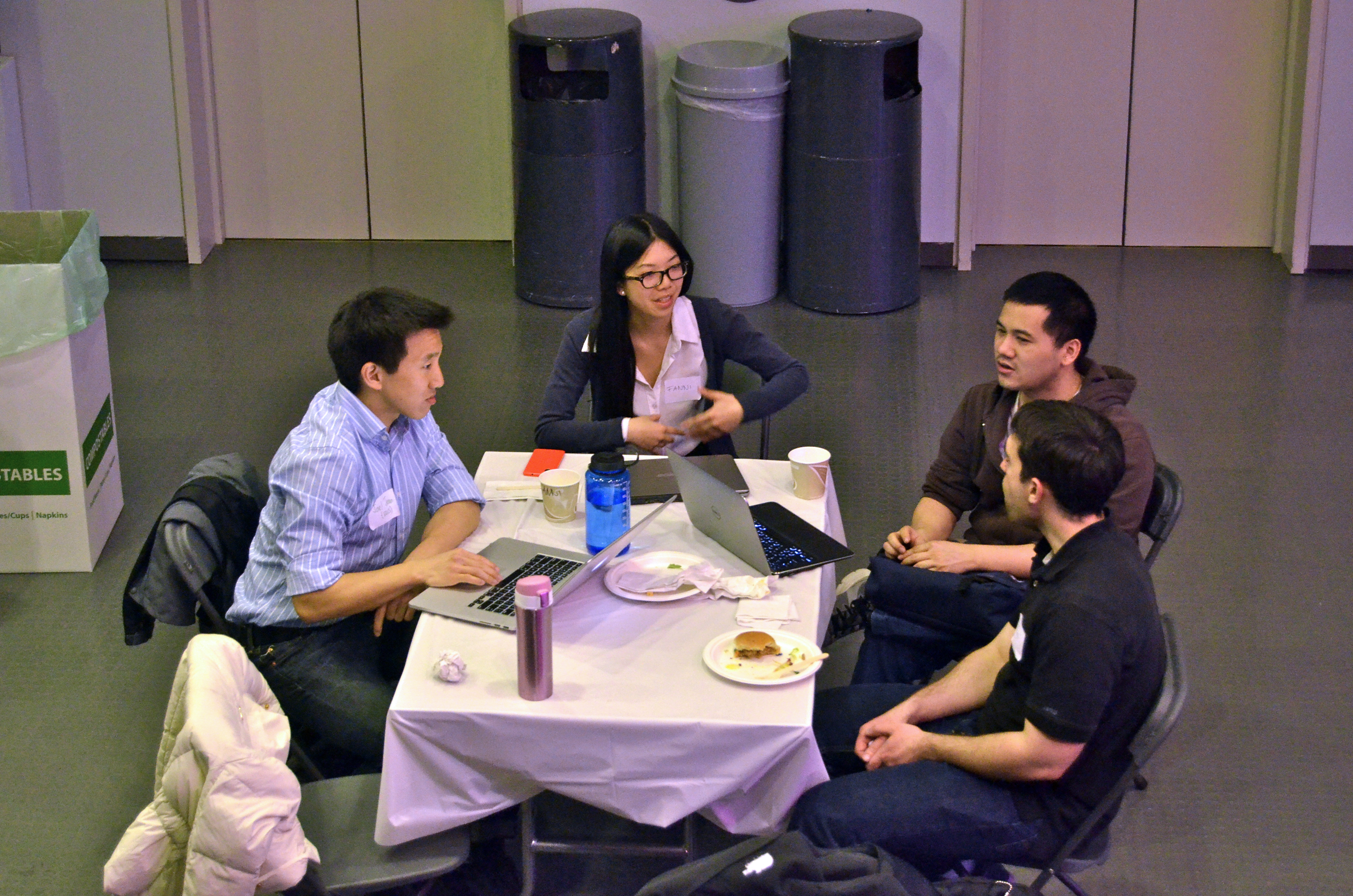 The team subsequently met with researchers from the Rocky Mountain Institute and the Sierra Club to discuss potential avenues for using the map. The consensus, according to Jean: the map had potential as a climate change and energy outreach tool that “would be interesting to many people beyond MIT.”

Jean and his fellow researchers hope to see CoalMap used by diverse groups — not just academics and activists, but stakeholders and policymakers as well. They want to put the information the map provides in the hands of the public, especially individuals particularly well placed to bring about actionable change on issues of energy and climate.

With its straightforward user interface, CoalMap raises awareness about the environmental and economic costs of continuing to run legacy coal plants in the U.S., while simultaneously underscoring the benefits of investing in clean energy generation. “It’s incredible to see,” Jean says, “how fast solar and wind costs have dropped and how soon they can become competitive with even the cheapest legacy coal if historical rates of cost decline are maintained.”

Jean emphasizes that CoalMap uses just one metric — levelized cost of electricity in $/kWh — and that coal plants can run continuously, independent of time of day, while wind and solar are intermittent generation sources, making direct comparison between the technologies difficult. Even so, Jean says, CoalMap can help people visualize a low-carbon future, instilling in them “intuition about the importance of continuing to innovate in solar and wind and setting a price on carbon.”

Sponsors of the Clean Earth Hackathon provided support that initiated the project. Francis O’Sullivan, director of research and analysis at the MIT Energy Initiative, and John Parsons, former executive director of the Center for Energy and Environmental Policy Research, provided feedback on the team’s working paper.