James Bushnell, a professor of economics at University of California, Davis, and a research associate at the National Bureau of Economic Research, recently spoke at an MIT Energy Initiative (MITEI) seminar titled “More or less than zero: Can electricity markets survive deep decarbonization?” His talk drew upon research at the wholesale and retail levels to contrast different regional approaches to the economic challenges of integrating renewable electricity into electric power systems.

Q: How does the approach to investing in electricity markets by states, utilities, and consumers need to change as we move to more renewable energy sources?

A: The approach doesn’t have to fundamentally change due to renewable energy. More precisely, while U.S. markets are certainly not perfect, the rise of renewable energy doesn’t fundamentally change the things we should be paying close attention to. Two examples of what I mean are the pricing of scarcity and the role of forward contracts. Short-term electricity markets have continuously evolved to better reflect the costs of true scarcity in their prices. In U.S. markets, “scarcity” doesn’t necessarily mean blackouts but rather tighter conditions for reserves or transmission capacity. Prices are supposed to rise to very high levels when system conditions get tight—to price levels that are well above the operating costs of all generation technologies.

There is still work to do on this front, but things are much more sophisticated than they were 15 years ago. The role of scarcity pricing will be more prominent in the future because it will often be playing a role in setting prices during periods of low renewable output. Prices will be very low (or zero) when there is abundant renewable supply and likely very high during periods of low renewable supply. Appropriate scarcity prices are important in the short run in order to properly deploy resources like demand-side response and storage, and in the long run as a source of revenue that can help pay for the recovery of fixed costs.

Q: Solar photovoltaic power has emerged as the primary source of renewable energy in California. What are the potential impacts of this trend?

A: The solar boom wasn’t a top-down decision but rather the result of a collection of incentives that, taken together, meant that it made sense for utilities and individual consumers to make investments in solar, even if those investments were not always the most efficient renewable energy options for the state as a whole.

First, one has to make the important distinction between utility-scale solar PV and residential rooftop solar. Both have been growing rapidly in California over the last decade. At the residential level, the boom has been driven in no small part by distortions in electric rates that charge prices to residential customers well in excess of the cost of energy to the utility. The “savings” experienced by residential solar customers are largely due to the shifting of fixed grid costs to other non-solar homes.

At the grid level, California solar capacity has grown from less than 1 gigawatt (GW) in 2012 to over 10 GW today. One obvious consequence of this is that the California system experiences a huge daily swing in renewable energy production when the sun rises and sets. Wholesale market prices reflect this. Wholesale prices are now at their lowest at 11 am and highest in the early evening. One result of this, which I document in my work with Kevin Novan at UC Davis, is that the wholesale market is rewarding resources that can flexibly provide energy during the periods before sunup and after sundown, while it is punishing resources that operate inflexibly all day long.

Another consequence is that new solar facilities are considerably less valuable now. This is because their output is concentrated in periods in which the system already has a relative glut of power. Working on this project brought home to me an obvious but underappreciated point about renewable resource diversity: The wind can blow at different times in different places, but the sun only shines during the day.

Q: What are the key factors at play in preparing U.S. electricity markets for a low-carbon future?

A: The key drivers of decarbonization have been aggressive mandates for renewable energy by some states combined with the rapid decline in costs of grid-scale renewables. Low natural gas prices have contributed to decarbonization by playing a large role in the decline of coal. However, there is concern that while gas is “cleaner” than coal, it’s not clean enough.

One side effect of the renewable energy boom has been its contribution to the financial stress of nuclear generation. Most policies supporting renewables have generally acted in ways that reduce wholesale energy prices. If instead renewables support were provided primarily through carbon pricing, the result would be higher wholesale market prices and a potentially viable role for nuclear.

Q: What are examples of regional differences and/or “fault lines” in energy markets, and what causes those differences?

A: Different U.S. states are pursuing different priorities when it comes to their electricity systems. Some are focused on green electricity, others on lowering costs and prices, and others on protecting the economic viability of their local nuclear and coal plants. In pursuit of these goals, many states are subsidizing or otherwise providing benefits to generation types or specific plants. From a federal perspective, the challenge is that these policies are causing spillovers—both economic and environmental—for neighboring states.

Is it fair for a gas plant in Pennsylvania to have to compete with a nuclear plant in New York that is getting special credits from New York State? Is it fair that some states are imposing carbon prices on their power plants when others are not? Both federal and state regulators are searching for ways to balance the policy choices of individual states with laws governing interstate trade and competition. The problem is that sometimes the “solutions” to these spillovers can be worse than the spillovers themselves.

Q: Can you explain “missing money” in relation to financing and investment in energy, and how the phenomenon will affect decarbonization?

A: The idea of missing money in wholesale power markets has been around since their inception in the late 1990s. In general, it refers to the concept that prices for energy and ancillary services in Independent System Operator have not been high enough for the recovery of the full capital and operating costs of generation.

One of the key questions is what causes missing money? One argument is price caps. Early markets, such as California’s in the late 1990s, capped their energy prices as low as $250 per megawatt-hour (MWh). This was almost certainly too low for a competitive market to allow for the recovery of generation fixed costs. Currently, prices in all U.S. markets can and do rise to levels over $2,000 per MWh or higher. Is that high enough? Another source that has been documented by people like MIT’s Paul Joskow is the behavior of system operators who will take aggressive, sometime out-of-market, actions to maintain the reliability of these systems. This reliability-focused operation has the unintended effect of depressing prices during periods in which scarcity would otherwise set prices at high levels.

Q: What are capacity markets and how should they be regulated differently than they are now, in California or elsewhere?

A: Capacity markets, and capacity mandates, are the main response in U.S. markets to the perceived missing money problem. They establish requirements that retail providers of electricity (“load-serving entities” [LSE]) purchase something called capacity from supply resources in addition to the electricity. These requirements are designed to create a secondary revenue stream for supply resources that allows them to fill in the missing money and recover their costs. In many eastern markets, the ISO operates a central capacity clearing house and in effect buys all the capacity and allocates the cost to its member utilities and LSEs. In California, the capacity mandate is placed on the LSE, which has to go out and buy it on an over the counter market.

Even if this is true, it is important to recognize that renewable energy and other alternative resources pose challenges for capacity markets as well as energy markets. Capacity mandates were easier to implement when all the resources were directly comparable. Now, the design of capacity markets must confront the question of how to compare 1 MW of wind to 1 MW of gas generation, and 1 MW of demand-side response to 1 MW of battery capacity. Each resource has unique characteristics that are difficult to boil down to a single metric. In response, some markets have imposed performance requirements that require supply under specific tight conditions and impose substantial penalties for nonperformance. This shifts the capacity model away from a paradigm of “what can expect you to be able to do” to one of “this is what is expected of you.”

Ultimately, however, I believe that generation investment will still need to be supported by long-term contracts (such as power purchase agreements) between LSEs and suppliers, regardless of whether capacity payments are part of the market or not. The energy contracts will be needed to hedge the growing volatility and risk in energy prices and help to mitigate the market power of suppliers. Capacity payments do not provide much hedging benefit and do not fully limit market power in the energy markets. Therefore, in the high-renewables future, as is the case now, proper functioning of these markets will continue to depend upon robust energy contracting, regardless of the existence of capacity markets.

More information about Professor Bushnell, including his publications and blog, can be found at bushnell.ucdavis.edu. His working paper with Kevin Novan is available at bushnell.ucdavis.edu/working-papers.html.
This article appears in the Autumn 2019 issue of Energy Futures.
Power Distribution & Energy Storage
Share:
Press Inquiries: miteimedia@mit.edu 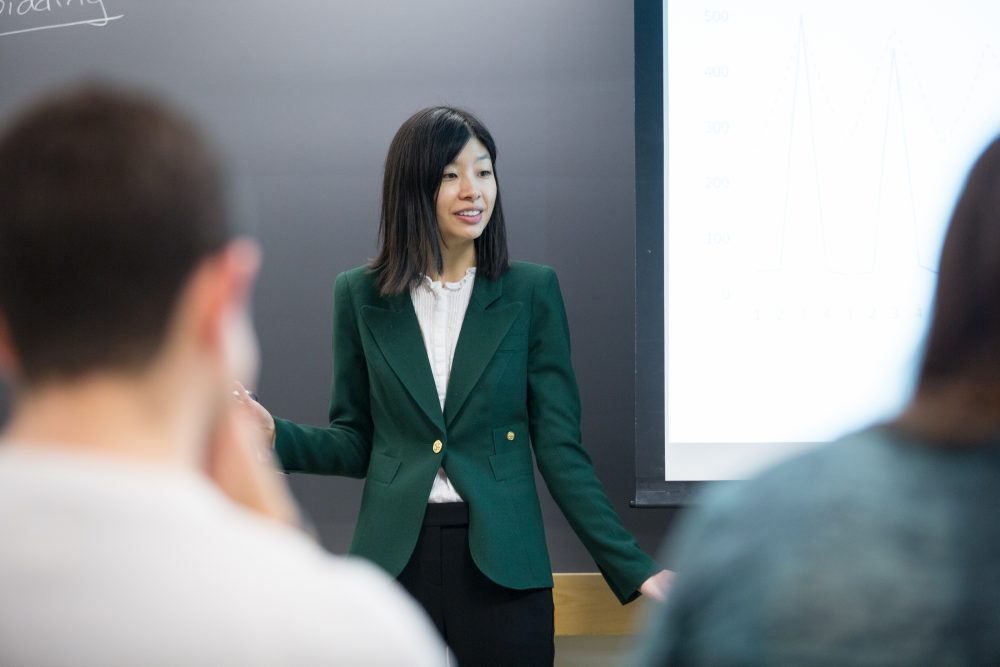 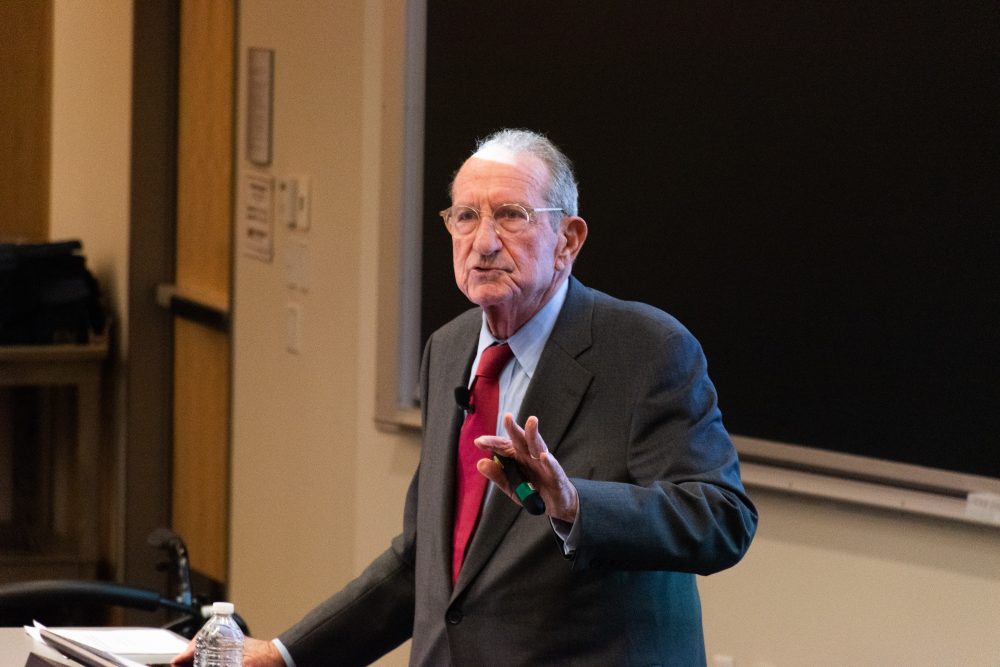