“We’ve been using energy technologies that work well for our needs now, but we don’t think about what happens 30 years in the future,” says Jemma Schroder ’24, a student in the class who learned that waste from solar panels, for example, is on the rise. The International Renewable Energy Agency has projected that, given the current rate of accumulation, the world will have amassed 78 million metric tons of such waste by 2050.

“We’re trying to dig ourselves out of the pit, but we’re just digging ourselves another pit,” Schroder says. “If you’re really aiming for sustainability, you have to think about all aspects of the problem.” 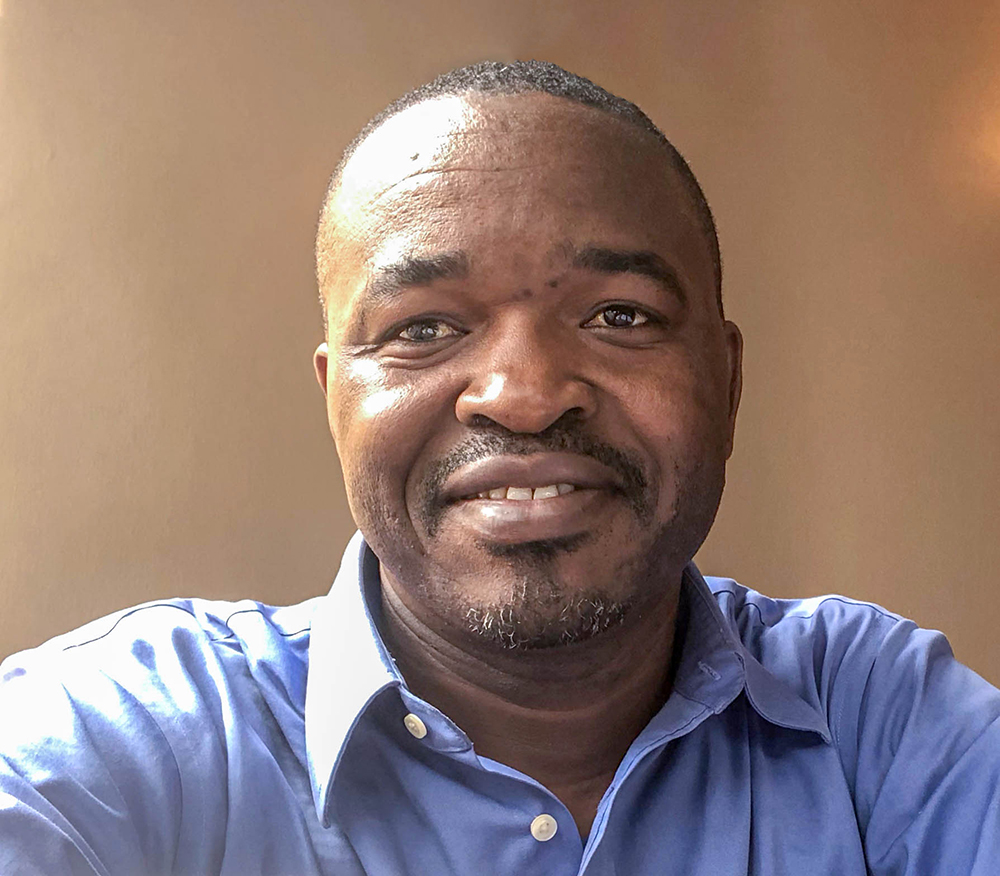 Professor Clapperton Chakanetsa Mavhunga of the Program in Science, Technology, and Society teaches Energy, Environment, and Society, which in fall 2020 focused on the environmental and health consequences of improperly discarded electronics waste. Photo courtesy of Professor Mavhunga

Providing context for energy and sustainability issues is the major goal of STS.032, an elective for the Energy Studies Minor. “I understand the imperative that we need energy, we need electronic goods, but the environment is an afterthought. That’s a big mistake,” says Professor Clapperton Chakanetsa Mavhunga of the Program in Science, Technology, and Society, who teaches the class.

“We can no longer just focus on happy stories about technology,” says Mavhunga, who serves on the Energy Minor Oversight Committee, a subcommittee of the Energy Education Task Force of the MIT Energy Initiative. “What I try to do is place energy in everyday life and to show issues everyday people are grappling with.”

To that end, every year Mavhunga identifies a specific energy challenge and asks students in STS.032 to tackle it. “It’s very much a problem-centered approach to the energy curriculum,” he says.

During the fall 2020 term, Mavhunga’s students spent eight weeks exploring the global landscape of energy and electronics waste, including cast-off cell phones and computers but also retired parts for solar panels. Topics covered ranged from the interplay of energy, race, inequality, poverty, and pollution in the United States to the dumping and innovative recycling of e-waste in Africa.

“We take a world tour, looking at how things are made, how they travel illegally around the world,” Mavhunga says, noting that many cast-off electronics—and their associated pollutants—end up in the Global South. “There is this planned obsolescence at the level of design,” he adds. “And the question of what to do with the waste has not been really discussed.”

Students in STS.032 say they were shocked to learn that many solar panels are already becoming obsolete and that designers did not plan well for end-of-life reuse or recycling. “Solar panels only last 20 or 30 years, so what happens to them after they stop working is a problem,” Schroder says. “Many can’t be recycled, or they can be but it’s too expensive to do so. So, people end up illegally shipping them off to sit in a waste dump.”

“It never really occurred to me that electronics waste, especially solar waste, was such a big issue,” says Julian Dubransky ’21, who is majoring in humanities and engineering. “I’d argue it’s one of the most important things I learned at MIT.”

STS.032 requires two individual papers and culminates in a final group research paper, which this term focused on characterizing the problems associated with solar and electronics waste and proposing solutions.

In their final paper, the students noted some of the hazards of electronics waste, including harmful chemicals such as lead, cadmium, and other known carcinogens, which can leach into the soil and contaminate water supplies. “In East African waste dumps, acids and chemicals from solar panels, lead-acid batteries, and lithium batteries are commonly drained directly into the ground to allow the metal components to be melted down and resold,” the students wrote.

It’s also common to burn the plastic off wires to recover valuable copper, even though the process generates toxic fumes, Schroder says. “It’s not a priority for people to deal with these pollutants, though they are getting into land and water and deteriorating the health of everyone,” she says, because the waste is being processed in areas where subsistence is the higher priority.

The students conclude that addressing the problem of electronics waste will require more public awareness of the environmental and human health consequences of improperly discarded waste. “Tech waste is a big form of waste that we don’t really talk about or see,” Schroder says.

“You have to expose these problems and make people aware of them,” Dubransky says, adding that the challenge of addressing electronics waste is more about the will than the way. “There isn’t any true waste product if you can figure out how to reuse it or recycle it.”

Underscoring that point, STS.032 provided students with several examples of innovative recycling efforts, ranging from simply using water bottles filled with dirt as building blocks to creating new electronics out of the old. “I don’t know what I would do if someone gave me a pile of old electronics pieces, but they’ve created all these amazing machines, even 3D printers, from recycled tech,” Schroder says, referring to entrepreneurs across the continent who have built businesses from electronics waste dumped in Africa (WoeLab in Togo is one example). “It’s really inspiring.”

Investigating what different communities do with waste is important, because it gives students the chance to see the problem from a new perspective, Mavhunga explains. “Different places in the world are connected, dealing with the same issues in different ways,” he says. “Knowledge doesn’t just come from universities and books. Knowledge can also come from people on the ground.”

The students in STS.032 were able to identify some big-picture challenges to addressing electronics waste—notably the worldwide problem of inconsistent regulation—but they also had personal takeaways from the class.

Schroder, for example, says she won’t be upgrading her phone anytime soon. That’s because now that she understands the problem of electronics waste, she wants to do something about it.

The students hope awareness will drive demand for solutions, such as products that are designed for reuse and recycling. “Lack of awareness is probably the biggest issue we have in regard to the e-waste problem. If we’re aware it’s a problem, solutions can start flowing in,” Dubransky says.

Mavhunga says he hopes STS.032 can help MIT students drive such solutions. “Places like MIT should be where this is done precisely because this is where we’ve got the engineers,” he says. “We need more people at the table who design from an ethical, environmental, and social perspective.”

This article appears in the Spring 2021 issue of Energy Futures.