Chemists worldwide are working to design catalysts that will speed up critical chemical reactions needed to convert renewable resources such as biomass into useful fuels and chemicals. Now, chemists at MIT have demonstrated that such reactions can actually take place as two separate but coordinated “half-reactions,” activated by the transfer of charged particles. As a result, researchers can design separate catalysts for each half-reaction—a far easier task than finding a single catalyst effective for the overall reaction. The approach increases the likelihood of finding low-cost materials that can do the job, and—because the transfer of charged particles is involved—the MIT team can now use its expertise in electrochemistry to design catalysts for this type of reaction, thereby aiding in the production of renewable fuels for a clean energy system.

One challenge in decarbonizing the energy system is knowing how to deal with new types of fuels. Traditional fuels such as natural gas and oil can be combined with other materials and then heated to high temperatures so they chemically react to produce other useful fuels or substances, or even energy to do work. But new materials such as biofuels can’t take as much heat without breaking down.

A key ingredient in such chemical reactions is a specially designed solid catalyst that is added to encourage the reaction to happen but isn’t itself consumed in the process. With traditional materials, the solid catalyst typically interacts with a gas; but with fuels derived from biomass, for example, the catalyst must work with a liquid—a special challenge for those who design catalysts.

For nearly a decade, Yogesh Surendranath, an associate professor of chemistry, has been focusing on chemical reactions between solid catalysts and liquids but in a different situation: Rather than using heat to drive reactions, he and his team input electricity from a battery or a renewable source such as wind or solar to give chemically inactive molecules more energy so they react. And key to their research is designing and fabricating solid catalysts that work well for reactions involving liquids.

Recognizing the need to use biomass to develop sustainable liquid fuels, Surendranath wondered whether he and his team could take the principles they have learned about designing catalysts to drive liquid-solid reactions with electricity and apply them to reactions that occur at liquid-solid interfaces without any input of electricity.

To their surprise, they found that their knowledge is directly relevant. Why? “What we found—amazingly—is that even when you don’t hook up wires to your catalyst, there are tiny internal ‘wires’ that do the reaction,” says Surendranath. “So, reactions that people generally think operate without any flow of current actually do involve electrons shuttling from one place to another.” And that means that Surendranath and his team can bring the powerful techniques of electrochemistry to bear on the problem of designing catalysts for sustainable fuels. Two views of the chemical reactions for producing renewable fuels and chemicals The chemical equation at the top represents the conversion of the reactant (R) plus oxygen (O2) to a product (P) plus water (H2O). This diagram illustrates the researchers’ hypothesis that the overall reaction is the result of two coordinated half-reactions occurring on separate catalyst materials, here represented by the two gray structures. On the left-hand catalyst, the reactant turns into a product, sending electrons (e–) into the carbon support material (black) and protons (H+) into the water (blue). On the right-hand catalyst, electrons and protons are consumed as they drive the reaction of oxygen to water.

Their work has focused on a class of chemical reactions important in the energy transition that involve adding oxygen to small organic (carbon-containing) molecules such as ethanol, methanol, and formic acid. The chemical equation summarizing such reactions appears in the box above. Here, the reactant, R (one of those small molecules), and oxygen, O2, react together to form the product, P, plus water, H2O.

The conventional approach would consider the reaction in just that way—the reactant plus oxygen chemically react to form the product plus water. And a solid catalyst—often a combination of metals—would be present to provide sites on which the reactant and oxygen can interact.

But Surendranath proposed a different view, as shown in the schematic in the figure. Two catalysts are represented, each one composed of many nanoparticles. (The catalyst materials can be combined into a composite with separate reaction sites, but they are shown here as separate entities for clarity.) The catalysts are mounted on a conductive carbon substrate (shown in black) and submerged in water (blue). Negatively charged electrons (e–) can flow easily through the carbon, while positively charged protons (H+) can flow easily through water.

Surendranath’s hypothesis was that the conversion of reactant to product progresses by means of two separate “half-reactions” on the two catalysts. As shown in the schematic, on the left-hand catalyst, the reactant (R) turns into a product (P), in the process sending electrons into the carbon substrate and protons into the water. On the right-hand catalyst, electrons and protons are picked up and drive the oxygen-to-water conversion. So, instead of a single reaction, two separate but coordinated half-reactions together achieve the net conversion of reactant to product.

As a result, the overall reaction doesn’t actually involve any net electron production or consumption. It is a standard “thermal” reaction resulting from the energy in the molecules and maybe some added heat. The conventional approach to designing a catalyst for such a reaction would focus on increasing the rate of that reactant-to-product conversion. And the best catalyst for that kind of reaction could turn out to be, say, gold or palladium or some other expensive precious metal.

However, if that reaction actually involves two half-reactions, as Surendranath proposed, there is a flow of electrical charge (the electrons and protons) between them. So Surendranath and others in the field could instead use techniques of electrochemistry to design not a single catalyst for the overall reaction but rather two separate catalysts—one to speed up one half-reaction and one to speed up the other half-reaction. “That means we don’t have to design one catalyst to do all the heavy lifting of speeding up the entire reaction,” says Surendranath. “We might be able to pair up two low-cost, earth-abundant catalysts, each of which does half of the reaction well, and together they carry out the overall transformation quickly and efficiently.” Pairing up catalysts to maximize the rate of chemical conversion In this diagram, the two “hidden” half-reactions responsible for the observed catalysis are depicted on opposite sides of a box in which the voltage level of the catalyst composite (the catalysts plus the carbon substrate) is indicated as pink. The conversion of reactant to product is on the left, and the conversion of oxygen to water is on the right. With a well-matched pair of catalysts, the reaction at the left will release electrons at the same rate as the reaction at the right picks them up, and the voltage will be constant. The goal is for that matching to occur when both reaction rates are high.

But there’s one more consideration: Electrons can flow through the entire catalyst composite, which encompasses the catalyst particle(s) and the carbon substrate. For the chemical conversion to happen as quickly as possible, the rate at which electrons are put into the catalyst composite must exactly match the rate at which they are taken out. The drawing above illustrates the concept. Focusing just on the electrons, if the reaction-to-product conversion at the left sends the same number of electrons per second into the “bath of electrons” in the catalyst composite as the oxygen-to-water conversion at the right takes out, the two half-reactions will be balanced, and the electron flow—and the rate of the combined reaction—will be fast. The trick is to find good catalysts for each of the half-reactions that are perfectly matched in terms of electrons in and electrons out.

“A good catalyst or pair of catalysts can maintain an electrical potential—essentially a voltage—at which both half-reactions are fast and are balanced,” says Jaeyune Ryu PhD ’21, a former member of the Surendranath lab and lead author of the study; Ryu is now a postdoc at Harvard University. “The rates of the reactions are equal, and the voltage in the catalyst composite won’t change during the overall thermal reaction.”

Based on their new understanding, Surendranath, Ryu, and their colleagues turned to electrochemistry techniques to identify a good catalyst for each half-reaction that would also pair up to work well together. Their analytical framework for guiding catalyst development for systems that combine two half-reactions is based on a theory that has been used to understand corrosion for almost 100 years, but has rarely been applied to understand or design catalysts for reactions involving small molecules important for the energy transition.

Key to their work is a potentiostat, a type of voltmeter that can either passively measure the voltage of a system or actively change the voltage to cause a reaction to occur. In their experiments, Surendranath and his team use the potentiostat to measure the voltage of the catalyst in real time, monitoring how it changes millisecond to millisecond. They then correlate those voltage measurements with simultaneous but separate measurements of the overall rate of catalysis to understand the reaction pathway.

To help identify an effective catalyst for performing the first half-reaction, the researchers used their potentiostat to input carefully controlled voltages and measured the resulting current that flowed through the catalyst. A good catalyst will generate lots of current for little applied voltage; a poor catalyst will require high applied voltage to get the same amount of current. The team then followed the same procedure to identify a good catalyst for the second half-reaction.

To expedite the overall reaction, the researchers needed to find two catalysts that matched well—where the amount of current at a given applied voltage was high for each of them, ensuring that as one produced a rapid flow of electrons and protons, the other one consumed them at the same rate.

To test promising pairs, the researchers used the potentiostat to measure the voltage of the catalyst composite during net catalysis—not changing the voltage as before but now just measuring it from tiny samples. In each test, the voltage will naturally settle at a certain level, and the goal is for that to happen when the rate of both reactions is high.

Validating their hypothesis and looking ahead

By testing the two half-reactions, the researchers could measure how the reaction rate for each one varied with changes in the applied voltage. From those measurements, they could predict the voltage at which the full reaction would proceed fastest. Measurements of the full reaction matched their predictions, supporting their hypothesis.

The team’s novel approach of using electrochemistry techniques to examine reactions thought to be strictly thermal in nature provides new insights into the detailed steps by which those reactions occur and therefore into how to design catalysts to speed them up. “We can now use a divide-and-conquer strategy,” says Ryu. “We know that the net thermal reaction in our study happens through two ‘hidden’ but coupled half-reactions, so we can aim to optimize one half-reaction at a time”—possibly using low-cost catalyst materials for one or both.

Adds Surendranath, “One of the things that we’re excited about in this study is that the result is not final in and of itself. It has really seeded a brand-new thrust area in our research program, including new ways to design catalysts for the production and transformation of renewable fuels and chemicals.”

This research was supported primarily by the Air Force Office of Scientific Research. Jaeyune Ryu PhD ’21 was supported by a Samsung Scholarship. Additional support was provided by a National Science Foundation Graduate Research Fellowship. More information about this research can be found in: 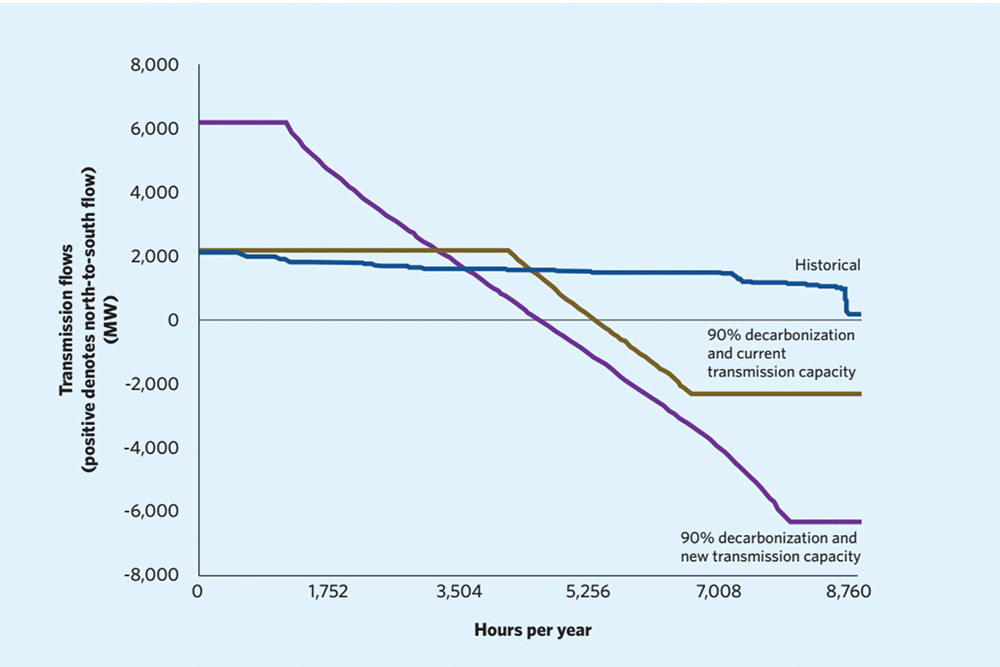 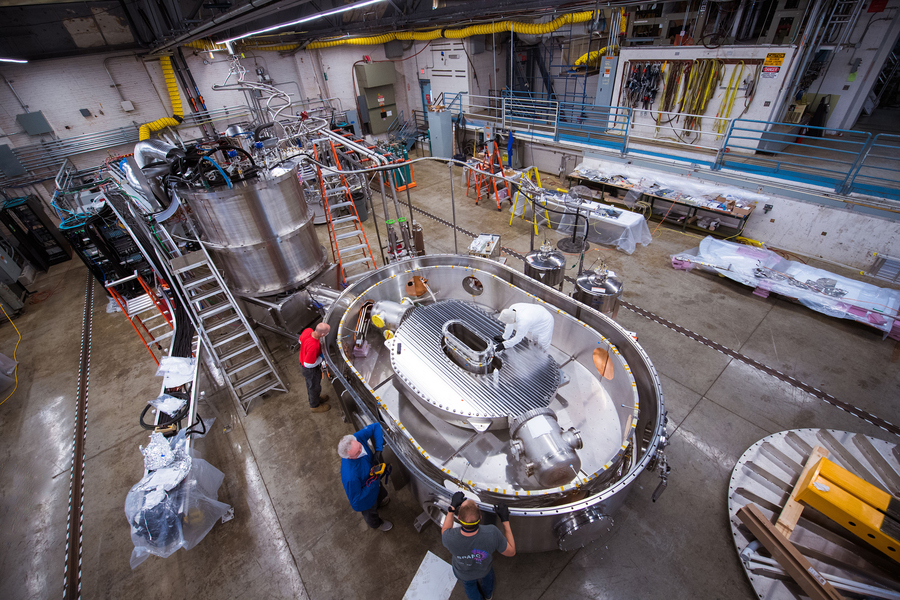