To prepare fields for planting, farmers the world over often burn corn stalks, rice husks, hay, straw, and other waste left behind from the previous harvest. In many places, the practice creates huge seasonal clouds of smog, contributing to air pollution that kills 7 million people globally a year, according to the World Health Organization.

Annually, $120 billion worth of crop and forest residues are burned in the open worldwide—a major waste of resources in an energy-starved world, says Kevin Kung SM ’13, PhD ’17. Kung is working to transform this waste biomass into marketable products—and capitalize on a billion-dollar global market—through his MIT spinoff company, Takachar.

Founded in 2015, Takachar develops small-scale, low-cost, portable equipment to convert waste biomass into solid fuel using a variety of thermochemical treatments, including one known as oxygen-lean torrefaction. The technology emerged from Kung’s PhD project in the lab of Ahmed Ghoniem, the Ronald C. Crane (1972) Professor of Mechanical Engineering.

Biomass fuels, including wood, peat, and animal dung, are a major source of carbon emissions—but billions of people rely on such fuels for cooking, heating, and other household needs. “Currently, burning biomass generates 10% of the primary energy used worldwide, and the process is used largely in rural, energy-poor communities. We’re not going to change that overnight. There are places with no other sources of energy,” Ghoniem says.

What Takachar’s technology provides is a way to use biomass more cleanly and efficiently by concentrating the fuel and eliminating contaminants such as moisture and dirt, thus creating a “clean-burning” fuel—one that generates less smoke. “In rural communities where biomass is used extensively as a primary energy source, torrefaction will address air pollution head-on,” Ghoniem says.

Takachar estimates its technology has the potential to reduce carbon dioxide equivalent emissions by gigatons per year at scale. (“Carbon dioxide equivalent” is a measure used to gauge global warming potential.) In recognition, in 2021 Takachar won the first-ever Earthshot Prize in the clean air category, a £1 million prize funded by Prince William and Princess Kate’s Royal Foundation.

As Kung tells the story, Takachar emerged from a class project that took him to Kenya—which explains the company’s name, a combination of takataka, which mean “trash” in Swahili, and char, for the charcoal end product.

It was 2011, and Kung was at MIT as a biological engineering grad student focused on cancer research. But “MIT gives students big latitude for exploration, and I took courses outside my department,” he says. In spring 2011, he signed up for a class known as 15.966 Global Health Delivery Lab in the MIT Sloan School of Management. The class brought Kung to Kenya to work with a nongovernmental organization in Nairobi’s Kibera, the largest urban slum in Africa.

“We interviewed slum households for their views on health, and that’s when I noticed the charcoal problem,” Kung says. The problem, as Kung describes it, was that charcoal was everywhere in Kibera—piled up outside, traded by the road, and used as the primary fuel, even indoors. Its creation contributed to deforestation, and its smoke presented a serious health hazard.

Eager to address this challenge, Kung secured fellowship support from the MIT International Development Initiative and the Priscilla King Gray Public Service Center to conduct more research in Kenya. In 2012, he formed Takachar as a team and received seed money from the MIT IDEAS Global Challenge, MIT Legatum Center, and D-Lab to produce charcoal from household organic waste. (This work also led to a fertilizer company, Safi Organics, that Kung founded in 2016 with the help of MIT IDEAS. But that is another story.)

Meanwhile, Kung had another top priority: finding a topic for his PhD dissertation. Back at MIT, he met Alexander Slocum, the Walter M. May and A. Hazel May Professor of Mechanical Engineering, who on a long walk-and-talk along the Charles River suggested he turn his Kenya work into a thesis. Slocum connected him with Robert Stoner, deputy director for science and technology at the MIT Energy Initiative (MITEI) and founding director of MITEI’s Tata Center for Technology and Design. Stoner in turn introduced Kung to Ghoniem, who became his PhD advisor, while Slocum and Stoner joined his doctoral committee. 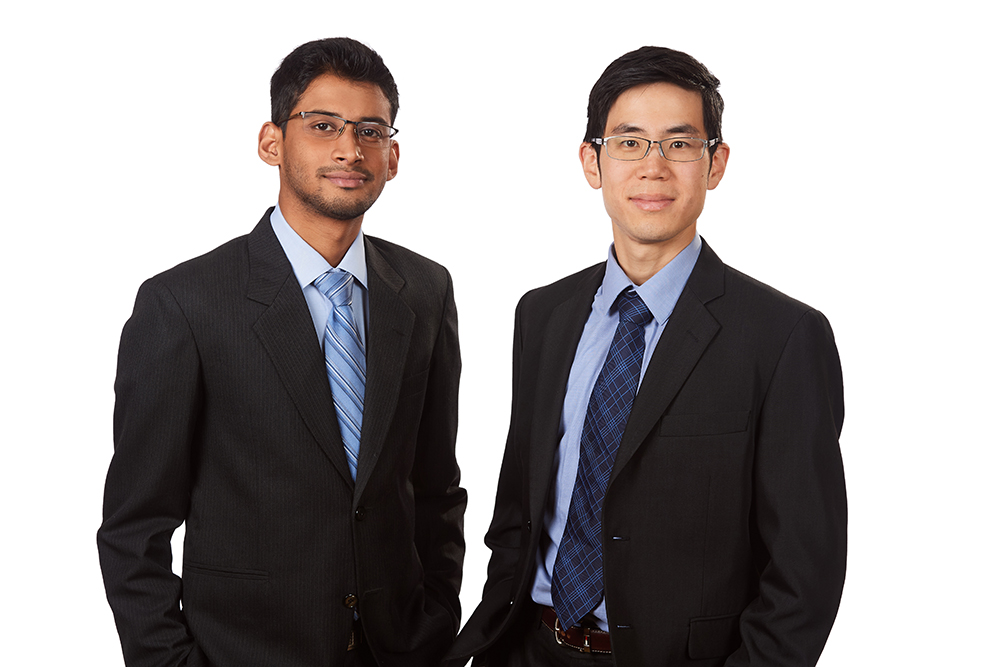 Ghoniem’s telling of the Takachar story begins, not surprisingly, in the lab. Back in 2010, he had a master’s student interested in renewable energy, and he suggested the student investigate biomass. That student, Richard Bates ’10, SM ’12, PhD ’16, began exploring the science of converting biomass to more clean-burning charcoal through torrefaction.

Most torrefaction (also known as low-temperature pyrolysis) systems use external heating sources, but the lab’s goal, Ghoniem explains, was to develop an efficient, self-sustained reactor that would generate fewer emissions. “We needed to understand the chemistry and physics of the process, and develop fundamental scaling models, before going to the lab to build the device,” he says.

By the time Kung joined the lab in 2013, Ghoniem was working with the Tata Center to identify technology suitable for developing countries and largely based on renewable energy. Kung was able to secure a Tata Fellowship and—building on Bates’ research—develop the small-scale, practical device for biomass thermochemical conversion in the field that launched Takachar.

This device, which was patented by MIT with inventors Kung, Ghoniem, Stoner, MIT research scientist Santosh Shanbhogue, and Slocum, is self-contained and scalable. It burns a little of the biomass to generate heat; this heat bakes the rest of the biomass, releasing gases; the system then introduces air to enable these gases to combust, which burns off the volatiles and generates more heat, keeping the thermochemical reaction going.

“The trick is how to introduce the right amount of air at the right location to sustain the process,” Ghoniem explains. “If you put in more air, that will burn the biomass. If you put in less, there won’t be enough heat to produce the charcoal. That will stop the reaction.”

About 10% of the biomass is used as fuel to support the reaction, Kung says, adding that “ninety percent is densified into a form that’s easier to handle and utilize.” He notes that the research received financial support from the Abdul Latif Jameel Water and Food Systems Lab and the Deshpande Center for Technological Innovation, both at MIT. Sonal Thengane, another postdoc in Ghoniem’s lab, participated in the effort to scale up the technology at the MIT Bates Lab (no relation to Richard Bates).

The charcoal produced is more valuable per ton and easier to transport and sell than biomass, reducing transportation costs by two-thirds and giving farmers an additional income opportunity—and an incentive not to burn agricultural waste, Kung says. “There’s more income for farmers, and you get better air quality.”

When Kung became a Tata Fellow, he joined a program founded to take on the biggest challenges of the developing world, with a focus on India. According to Stoner, Tata Fellows, including Kung, typically visit India twice a year and spend six to eight weeks meeting stakeholders in industry, the government, and in communities to gain perspective on their areas of study.

“A unique part of Tata is that you’re considering the ecosystem as a whole,” says Kung, who interviewed hundreds of smallholder farmers, met with truck drivers, and visited existing biomass processing plants during his Tata trips to India. (Along the way, he also connected with Indian engineer Vidyut Mohan, who became Takachar’s co-founder.)

“It was very important for Kevin to be there walking about, experimenting, and interviewing farmers,” Stoner says. “He learned about the lives of farmers.”

These experiences helped instill in Kung an appreciation for small farmers that still drives him today as Takachar rolls out its first pilot programs, tinkers with the technology, grows its team (now up to 10), and endeavors to build a revenue stream. So, while Takachar has gotten a lot of attention and accolades—from the IDEAS award to the Earthshot Prize—Kung says what motivates him is the prospect of improving people’s lives.

The dream, he says, is to empower communities to help both the planet and themselves. “We’re excited about the environmental justice perspective,” he says. “Our work brings production and carbon removal or avoidance to rural communities—providing them with a way to convert waste, make money, and reduce air pollution.”