A team of researchers at the MIT Energy Initiative is currently working to improve approaches to assessing economic performance of electrochemical energy storage systems. The researchers have recently published a new paper in the Journal of Power Sources on representations of lithium-ion batteries in power systems models. Their findings could help more accurately determine the value of battery technologies for power grid applications. Apurba Sakti, the corresponding author on the paper, spoke with MITEI about the team’s research in partnership with Argonne National Laboratory, and implications for future projects and applications.

1. What is the significance of incorporating energy storage into a constantly evolving electric grid? How is your team fixing some of the flaws in the models currently available to track this integration?

Widespread grid-level integration of variable renewable energy sources, such as solar and wind power, requires a power system capable of utilizing these resources efficiently. This, in turn, requires other grid elements or mechanisms that can respond quickly to the variable and uncertain output of renewables in order to meet electricity demand instantaneously, increasing the overall “flexibility” of the system. Electrochemical energy storage systems (EESSs)—such as lithium-ion batteries—can contribute to increasing the power system’s flexibility in addition to providing a host of other services aimed at guaranteeing the power systems’ security of supply—e.g., system adequacy, voltage control, and different types of operating reserves and other ancillary services.

It is no surprise that the demand for advanced EESSs grew by 200 percent in 2015—the largest annual deployment on record—and is forecast to grow substantially over the coming years as power systems reduce their carbon footprint by increasing the capacity of variable renewable resources. Decision support models for power systems address a range of issues from short-term operations to long-term planning of electricity supply, demand, and transmission. It is becoming common to consider the role of EESSs in these models, particularly in the context of renewable integration.

The traditional approach used in recent studies assessing the economic performance of EESSs using power systems models has been to adopt simple formulations to represent the storage capability. Simplistic representations of EESSs in power systems models typically include fixed efficiencies or rated power capabilities, which do not reflect the physical behavior of battery technologies.
In reality these parameters are dependent on the manner in which the EESS is being operated along with other factors such as its state of charge, which refers to the amount of charge still left in the EESS. Ignoring these relationships misrepresents the behavior of the EESS and might lead to suboptimal modeling results as well as misleading assessments of the economic benefits and viability of EESSs. Our team from MIT and a team of researchers from Argonne National Laboratory are joining our expertise in filling the information gap that exists in this space. The end result is one of true inter-disciplinary collaboration between experts from the battery and power-systems modeling worlds, from both technical and regulatory perspectives.

My colleague Audun Botterud, co-author of the paper and principal research scientist at Argonne National Laboratory and MIT’s Laboratory for Information and Decision Systems, says, “With the rapid growth in renewable energy and the increasing interest in energy storage for the power grid, efforts like this to improve the representation of EESS in power grid models are critical to provide realistic assessments of the role of batteries in future low-carbon energy systems.” He adds, “Interdisciplinary research is needed to better understand the complex dynamics of the electric power grid, electricity markets, and energy storage.”

2. What are the potential real-world applications of your findings in terms of estimating the value of battery technology within power markets?

We developed novel and enhanced representations of two key aspects of lithium-ion battery performance: i) its power capability, and ii) its efficiency. These representations can be directly implemented in any power systems model. To demonstrate that, we use these representations and conduct a techno-economic analysis using energy arbitrage as a test case. Energy arbitrage refers to the process of buying electricity (and thereby used to charge the battery) at times of lower electricity prices and selling it (as the battery is discharged) when prices are high to make a profit. Additionally, we also investigated the effect of electricity prices that vary every 5 minutes compared to hourly. This was examined as a response to a recent ruling by the Federal Energy Regulatory Commission (FERC) that will require most markets to vary their prices every 5 minutes in real-time electricity markets.

Results show that models of lithium-ion batteries where the power capability and efficiency are held constant overestimate profits by 10 percent compared to those obtained from an enhanced representation that more closely matches the real behavior of the battery. Also, when the battery system is exposed to a 5-minute price signal, the energy arbitrage profitability improves by 60 percent compared to that from hourly price exposure. These results indicate that a more accurate representation of lithium-ion batteries as well as market rules that govern the frequency of electricity prices can play a major role in the estimation of the value of battery technologies for power grid applications.

3. What are the next steps for this research?
In future work, we plan on testing the battery model on other applications in the power system, including system-wide unit commitment, economic dispatch, and generation/transmission planning, as well as expanding on our initial choice of geographical location. We will also use the proposed battery model, which is generic in nature, on different battery chemistries beyond lithium-ion batteries.
An important limitation of the analysis is that the battery model currently does not account for the degradation associated with thermal management in lithium-ion batteries, which can have a substantial impact on the profitability of the system. Important goals for our future work include an improved understanding of thermal management together with degradation and its effect on battery lifetime, profitability, and optimal operational conditions. 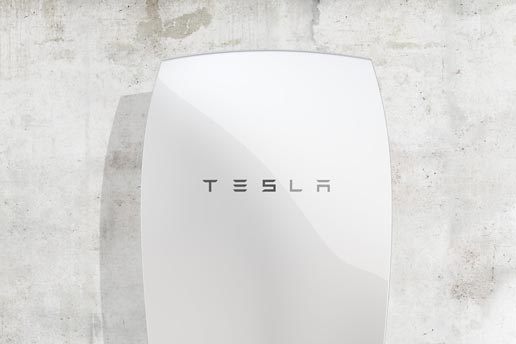