Hydrogen, the second-tiniest of all atoms, can penetrate right into the crystal structure of a solid metal.

That’s good news for efforts to store hydrogen fuel safely within the metal itself, but it’s bad news for structures such as the pressure vessels in nuclear plants, where hydrogen uptake eventually makes the vessel’s metal walls more brittle, which can lead to failure. But this embrittlement process is difficult to observe because hydrogen atoms diffuse very fast, even inside the solid metal.

Now, researchers at MIT have figured out a way around that problem, creating a new technique that allows the observation of a metal surface during hydrogen penetration. Their findings are described in a paper appearing today in the International Journal of Hydrogen Energy, by MIT postdoc Jinwoo Kim and Thomas B. King Assistant Professor of Metallurgy C. Cem Tasan.

“It’s definitely a cool tool,” says Chris San Marchi, a distinguished member of the technical staff at Sandia National Laboratories, who was not involved in this work. “This new imaging platform has the potential to address some interesting questions about hydrogen transport and trapping in materials, and potentially about the role of crystallography and microstructural constituents on the embrittlement process.”

Hydrogen fuel is considered a potentially major tool for limiting global climate change because it is a high-energy fuel that could eventually be used in cars and planes. However, expensive and heavy high-pressure tanks are needed to contain it. Storing the fuel in the crystal lattice of the metal itself could be cheaper, lighter, and safer — but first the process of how hydrogen enters and leaves the metal must be better understood.

“Hydrogen can diffuse at relatively high rates in the metal, because it’s so small,” Tasan says. “If you take a metal and put it in a hydrogen-rich environment, it will uptake the hydrogen, and this causes hydrogen embrittlement,” he says. That’s because the hydrogen atoms tend to segregate in certain parts of the metal crystal lattice, weakening its chemical bonds.

Sandia’s San Marchi says that “this method may play an important role — in coordination with other techniques and simulation — to illuminate the hydrogen-defect interactions that lead to hydrogen embrittlement. With more comprehensive understanding of the mechanisms of hydrogen embrittlement, materials and microstructures can be designed to improve their performance under extreme hydrogen environments.”

The key to the new monitoring process was devising a way of exposing metal surfaces to a hydrogen environment while inside the vacuum chamber of a scanning electron microscope (SEM). Because the SEM requires a vacuum for its operation, hydrogen gas cannot be charged into the metal inside the instrument, and if precharged, the gas diffuses out quickly. Instead, the researchers used a liquid electrolyte that could be contained in a well-sealed chamber, where it is exposed to the underside of a thin sheet of metal. The top of the metal is exposed to the SEM electron beam, which can then probe the structure of the metal and observe the effects of the hydrogen atoms migrating into it.

The hydrogen from the electrolyte “diffuses all the way through to the top” of the metal, where its effects can be seen, Tasan says. The basic design of this contained system could also be used in other kinds of vacuum-based instruments to detect other properties. “It’s a unique setup. As far as we know, the only one in the world that can realize something like this,” he says.

In their initial tests of three different metals — two different kinds of stainless steel and a titanium alloy — the researchers have already made some new findings. For example, they observed the formation and growth process of a nanoscale hydride phase in the most commonly used titanium alloy, at room temperature and in real time.

Devising a leakproof system was crucial to making the process work. The electrolyte needed to charge the metal with hydrogen, “is a bit dangerous for the microscope,” Tasan says. “If the sample fails and the electrolyte is released into the microscope chamber,” it could penetrate far into every nook and cranny of the device and be difficult to clean out. When the time came to carry out their first experiment in the specialized and expensive equipment, he says, “we were excited, but also really nervous. It was unlikely that failure was going to take place, but there’s always that fear.”

Kaneaki Tsuzaki, a distinguished professor of chemical engineering at Kyushu University in Japan, who was not involved in this research, says this “could be a key technique to solve how hydrogen affects dislocation motion. It is very challenging because an acid solution for hydrogen cathodic charging is circulating into an SEM chamber. It is one of the most dangerous measurements for the machine. If the circulation joints leak, a very expensive scanning electron microscope (SEM) would be broken due to the acid solution. A very careful design and a very high-skill setup are necessary for making this measurement equipment.”

Tsuzaki adds that “once it is accomplished, outputs by this method would be super. It has very high spatial resolution due to SEM; it gives in situ observations under a well-controlled hydrogen atmosphere.” As a result, he says, he believes that Tasan and Kim “will obtain new findings of hydrogen-assisted dislocation motion by this new method, solve the mechanism of hydrogen-induced mechanical degradation, and develop new hydrogen-resistant materials.”

The work was supported by the Exelon Corp through the MIT Energy Initiative’s Low-Carbon Energy Center for Advanced Nuclear Energy Systems.

Reprinted with permission of MIT News. Illustrations courtesy of the researchers. Further information can be found in: 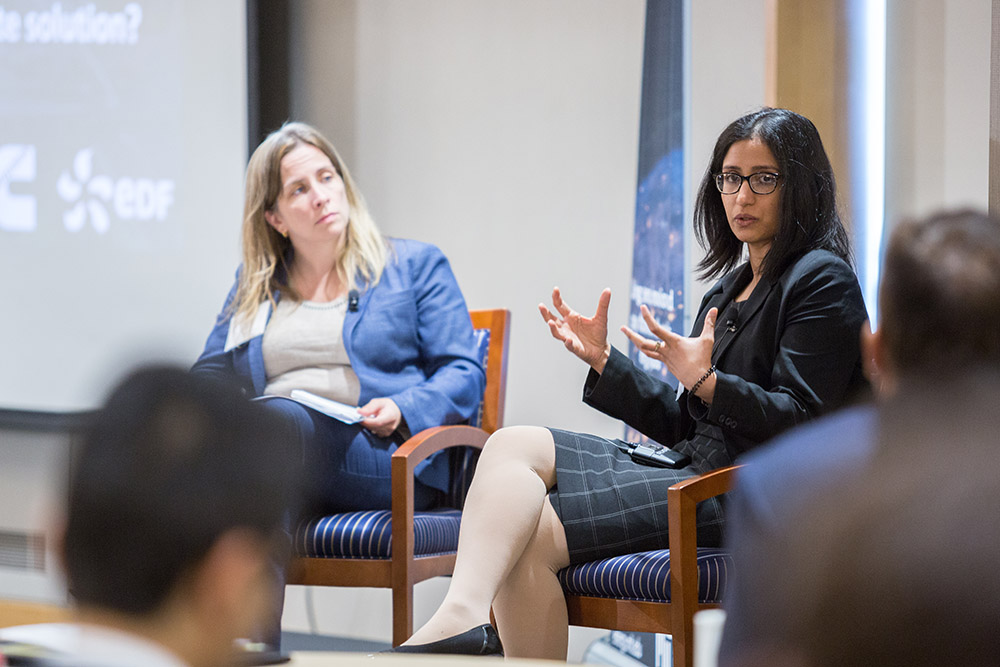