As the need to address climate change becomes more and more pressing, it is more critical than ever for women to have equal opportunities to participate in all aspects and at all levels of climate and energy research, policy, business, and other areas. Since 2010, the multi-governmental Clean Energy Ministerial (CEM) has recognized this imperative with the Clean Energy, Education, and Empowerment (C3E) women’s initiative. In 2012, the CEM—along with the U.S. Department of Energy (DOE) and the MIT Energy Initiative (MITEI)—launched the C3E Women in Clean Energy Symposium and Awards as an annual conference celebrating women energy professionals, from students to mid-career and senior leaders. This year, the conference highlighted ways in which women around the world are leading and changing the energy sector to sustainably meet global energy needs while substantially reducing greenhouse gas emissions.

Hosted on May 31 in Palo Alto at the Precourt Institute for Energy at Stanford University—which has joined MITEI and DOE as a partner in the U.S. C3E initiative—and held in the same week as the U.S.-hosted meeting of the CEM in San Francisco, the 2016 C3E Symposium drew leaders from across the globe.  The timing with the CEM meeting also offered synergies in speakers and themes.

“This year’s C3E Symposium presented a special opportunity to engage with the Clean Energy Ministerial, where our ambassadors, awardees, and other members of the C3E network helped shape the global dialogue on deploying clean, affordable, and plentiful energy sources that meet the world’s needs while curbing climate change,” said Martha Broad, executive director of MITEI, who is also one of C3E’s U.S. ambassadors. 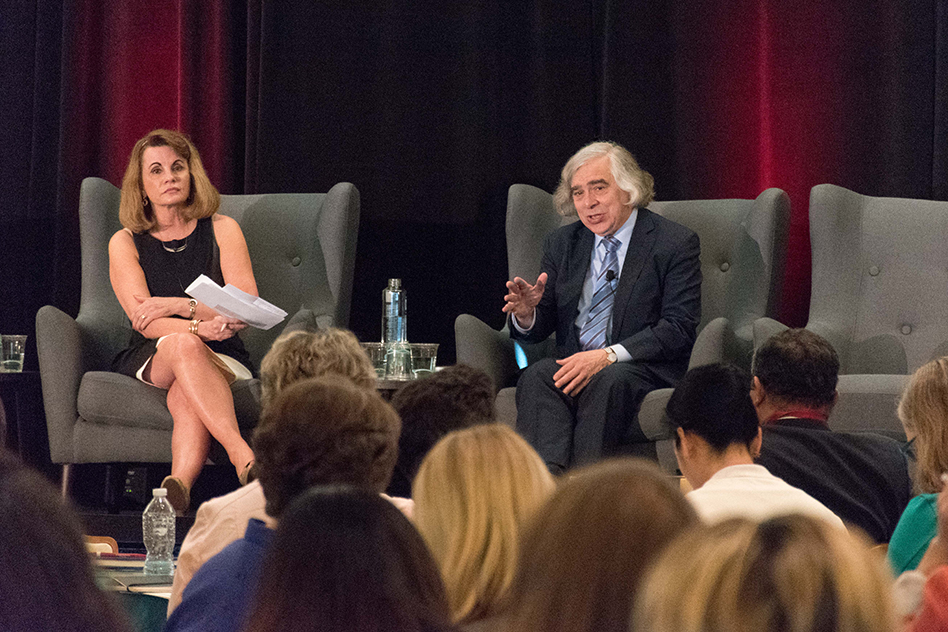 While previewing topics that he and his international counterparts would examine during the CEM meeting, Secretary Moniz discussed C3E’s history and the future of energy. Following an introduction by his current energy advisor and former executive director of MITEI Melanie Kenderdine, he reflected on the first C3E symposium held at MIT, saying, “I’ll never forget the enthusiasm and the networking that took place at that meeting. That clearly meant that we had to continue.” Moniz also underscored the “economic imperative” to rapidly develop U.S. clean energy markets in the global push for low-carbon energy. Making good on the Paris agreements will require “multiple dimensions of innovation,” he said, including innovations in technology, systems, policy, business models, and more. He noted, in particular, the necessity of “innovative approaches to bringing energy services to [the] too many underserved throughout the world.”

In this vein, Moniz lauded C3E’s “increased international flavor,” saying, “I think it’s a fabulous evolution, and I think it is really important for us to continue what we are doing here in the United States, but also to see this initiative growing in so many of our partner countries.”

A panel on clean energy in emerging economies encouraged audience members to keep thinking internationally about energy challenges. Panelist Nicole Poindexter, CEO and co-founder of Energicity, a startup working to bring power to rural Ghana, stressed the significance of electricity as a basic human right. “Every aspect of life that you are familiar with is impossible [without] stable, reliable power,” Poindexter said, going on to discuss how electrifying rural communities could be life-changing for the inhabitants: keeping businesses operating, generating new economic opportunities, and preventing food from rotting with cold storage, to name a few benefits. “We have the opportunity to pull a continent out of extreme poverty, just by this one act.” 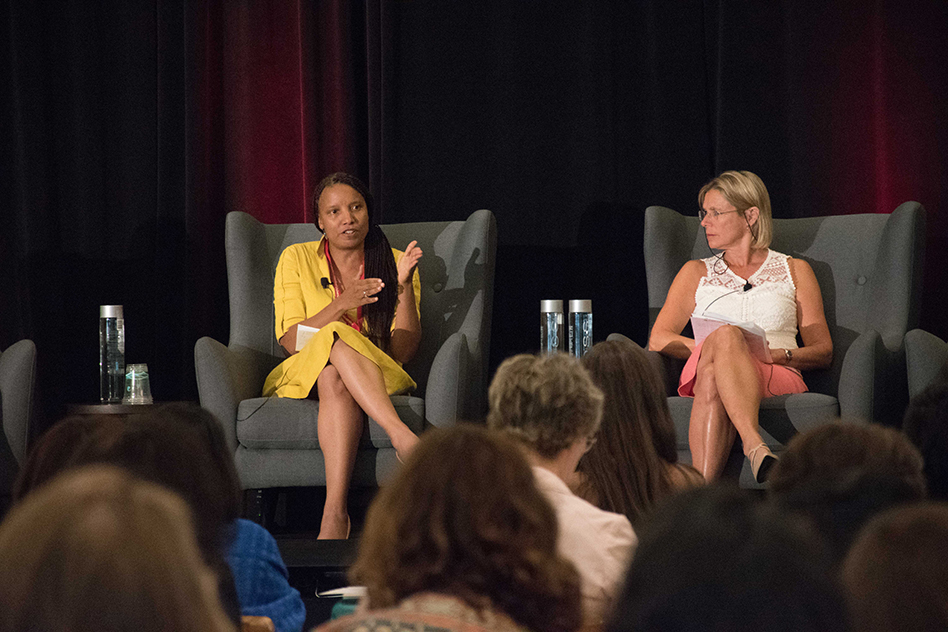 The C3E Awards for mid-career women have been a vital element of the program since its inception. This year, eight clean energy leaders received awards in specific categories. A ninth recipient, Sarah Kurtz, received a lifetime achievement award for her work advancing renewable energy. She is a world-renowned solar photovoltaics expert who holds roles as a research fellow and co-director at the National Center for Photovoltaics, and as principal scientist and reliability group manager at the National Renewable Energy Laboratory. Upon acceptance of her lifetime achievement award, Kurtz said, “It is a very special privilege to be given this award. There are a lot of problems out there, and if at the end of our lives we can say we’ve made some small amount of difference, that means a lot.”

C3E ambassador Sally Benson, co-director of the Precourt Institute and director of Stanford’s Global Climate and Energy Project, said, “The nine women honored today represent nearly every facet of clean energy, from policy and finance to technology and entrepreneurship. Their remarkable accomplishments are a clear sign that the gender gap is finally beginning to narrow for women in clean energy and other professionals related to sustainability.”