Study: Even short-lived solar panels can be economically viable

Research shows that, contrary to accepted rule of thumb, a 10- or 15-year lifetime can be good enough.

A new study shows that, contrary to widespread belief within the solar power industry, new kinds of solar cells and panels don’t necessarily have to last for 25 to 30 years in order to be economically viable in today’s market.

Rather, solar panels with initial lifetimes of as little as 10 years can sometimes make economic sense, even for grid-scale installations—thus potentially opening the door to promising new solar photovoltaic (PV) technologies that have been considered insufficiently durable for widespread use.

The new findings are described in a paper in the journal Joule, by Joel Jean, a former MIT postdoc and CEO of the startup company Swift Solar; Vladimir Bulović, professor of electrical engineering and computer science and director of MIT.nano; and Michael Woodhouse of the National Renewable Energy Laboratory (NREL) in Colorado.

“When you talk to people in the solar field, they say any new solar panel has to last 25 years,” Jean says. “If someone comes up with a new technology with a 10-year lifetime, no one is going to look at it. That’s considered common knowledge in the field, and it’s kind of crippling.”

Jean adds that “that’s a huge barrier, because you can’t prove a 25-year lifetime in a year or two, or even 10.” That presumption, he says, has left many promising new technologies stuck on the sidelines, as conventional crystalline silicon technologies overwhelmingly dominate the commercial solar marketplace. But, the researchers found, that does not need to be the case.

“We have to remember that ultimately what people care about is not the cost of the panel; it’s the levelized cost of electricity,” he says. In other words, it’s the actual cost per kilowatt-hour delivered over the system’s useful lifetime, including the cost of the panels, inverters, racking, wiring, land, installation labor, permitting, grid interconnection, and other system components, along with ongoing maintenance costs.

Part of the reason that the economics of the solar industry look different today than in the past is that the cost of the panels (also known as modules) has plummeted so far that now, the “balance of system” costs—that is, everything except the panels themselves—exceeds that of the panels. That means that, as long as newer solar panels are electrically and physically compatible with the racking and electrical systems, it can make economic sense to replace the panels with newer, better ones as they become available, while reusing the rest of the system.

“Most of the technology is in the panel, but most of the cost is in the system,” Jean says. “Instead of having a system where you install it and then replace everything after 30 years, what if you replace the panels earlier and leave everything else the same? One of the reasons that might work economically is if you’re replacing them with more efficient panels,” which is likely to be the case as a wide variety of more efficient and lower-cost technologies are being explored around the world.

He says that what the team found in their analysis is that “with some caveats about financing, you can, in theory, get to a competitive cost, because your new panels are getting better, with a lifetime as short as 15 or even 10 years.”

Although the costs of solar cells have come down year by year, Bulović says, “the expectation that one had to demonstrate a 25-year lifetime for any new solar panel technology has stayed as a tautology. In this study we show that as the solar panels get less expensive and more efficient, the cost balance significantly changes.”

He says that one aim of the new paper is to alert the researchers that their new solar inventions can be cost-effective even if relatively short-lived, and hence may be adopted and deployed more rapidly than expected. At the same time, he says, investors should know that they stand to make bigger profits by opting for efficient solar technologies that may not have been proven to last as long, knowing that periodically the panels can be replaced by newer, more efficient ones.

“Historical trends show that solar panel technology keeps getting more efficient year after year, and these improvements are bound to continue for years to come,” says Bulović. Perovskite-based solar cells, for example, when first developed less than a decade ago, had efficiencies of only a few percent. But recently their record performance exceeded 25% efficiency, compared to 27% for the record silicon cell and about 20% for today’s standard silicon modules, according to Bulović. Importantly, in novel device designs, a perovskite solar cell can be stacked on top of another perovskite, silicon, or thin-film cell, to raise the maximum achievable efficiency limit to over 40%, which is well above the 30% fundamental limit of today’s silicon solar technologies. But perovskites have issues with longevity of operation and have not yet been shown to be able to come close to meeting the 25-year standard.

Bulović hopes the study will “shift the paradigm of what has been accepted as a global truth.” Up to now, he says, “many promising technologies never even got a start, because the bar is set too high” on the need for durability.

For their analysis, the team looked at three different kinds of solar installations: a typical 6-kilowatt residential system, a 200-kilowatt commercial system, and a large 100-megawatt utility-scale system with solar tracking. They used NREL benchmark parameters for U.S. solar systems and a variety of assumptions about future progress in solar technology development, financing, and the disposal of the initial panels after replacement, including recycling of the used modules. The models were validated using four independent tools for calculating the levelized cost of electricity (LCOE), a standard metric for comparing the economic viability of different sources of electricity.

In all three installation types, they found, depending on the particulars of local conditions, replacement with new modules after 10 to 15 years could in many cases provide economic advantages while maintaining the many environmental and emissions-reduction benefits of solar power. The basic requirement for cost-competitiveness is that any new solar technology that is to be installed in the United States should start with a module efficiency of at least 20%, a cost of no more than 30 cents per watt, and a lifetime of at least 10 years, with the potential to improve on all three.

Jean points out that the solar technologies that are considered standard today, mostly silicon-based but also thin-film variants such as cadmium telluride, “were not very stable in the early years. The reason they last 25 to 30 years today is that they have been developed for many decades.” The new analysis may now open the door for some of the promising newer technologies to be deployed at sufficient scale to build up similar levels of experience and improvement over time and to make an impact on climate change earlier than they could without module replacement, he says.

“This could enable us to launch ideas that would have died on the vine” because of the perception that greater longevity was essential, Bulović says.

The study was supported by the Tata-MIT GridEdge Solar research program. Further information can be found in: 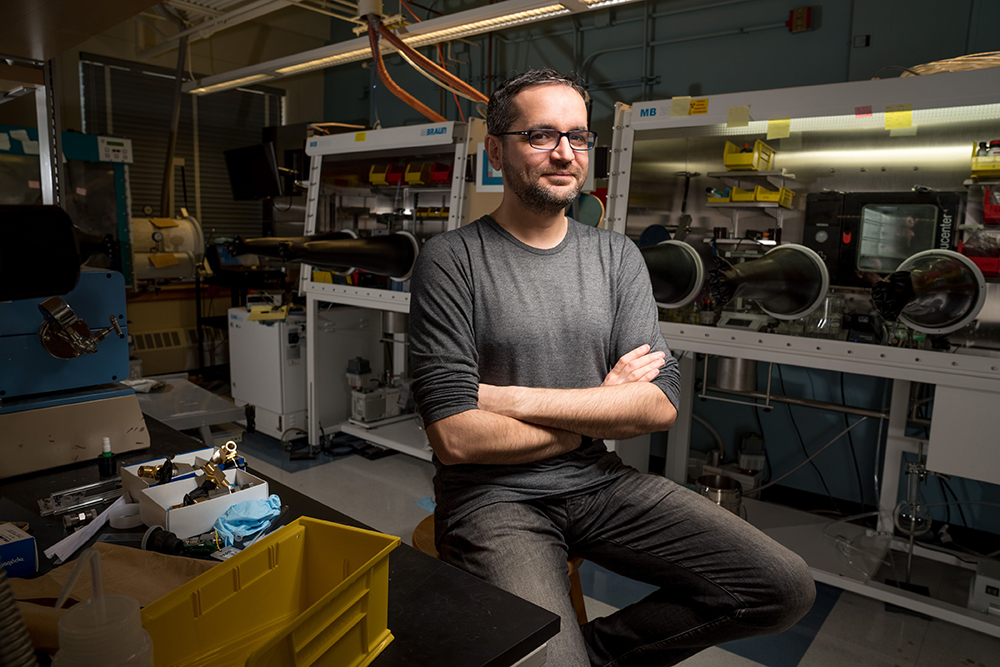