The Future Energy Systems Center, part of the MIT Energy Initiative (MITEI), has unveiled the nine winners of its latest round of projects devoted to decarbonization. These research awards are intended to navigate the energy transition based on multisectoral analyses of emerging technologies, changing policies, and evolving economics, according to Randall Field, the executive director of the Future Energy Systems Center.

“We’re not funding research to develop the next battery, catalyst, or breakthrough science, but rather to identify how emerging technologies will impact energy systems in the long term and how policies can influence the deployment of various decarbonizing technologies,” says Field.

As a pillar of MIT’s Climate Action Plan for the Decade, the Center aims to unleash talent from all of MIT’s schools and its college of computing to advance the energy transition. “We seek exceptional decarbonization ideas with a large impact,” says Field, “with projects that connect researchers across the Institute and utilize MITEI’s systems analysis experts and tools.”

The Center takes a holistic approach to decarbonizing the economy, with a portfolio that encompasses the electric power system, transportation, industry, energy storage, low-carbon fuels, buildings, and carbon management, as well as linkages among these areas.

In its first funding round, the Center invited proposals on a target set of topics that took into account research interests expressed by members of the Center’s consortium. The six awards, announced in January 2022, set in motion a range of projects, including:

In its second call for decarbonization ideas, issued in February 2022, the Center sought ideas from 1,400 professors and research scientists across the Institute. This round resulted in 64 proposals and the selection of nine projects.

“The winning proposals demonstrated the potential of being highly relevant in addressing key decarbonization problems and also answered questions of interest to our member companies as they pursue the energy transition,” says Field.

The following projects were selected for funding. 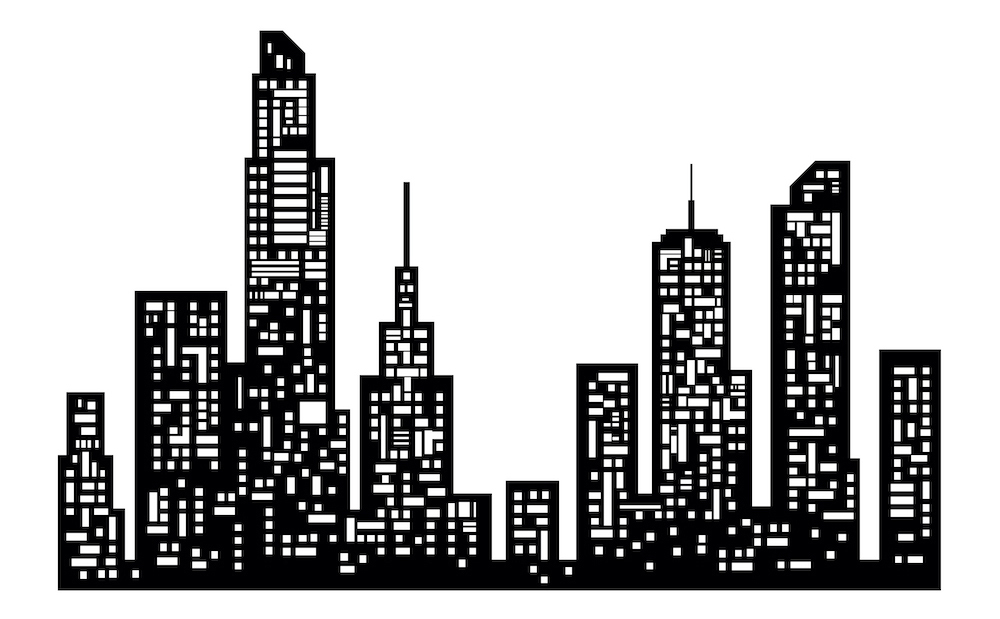 In order to reach aggressive net-zero carbon targets, cities worldwide must rapidly electrify buildings. Cost-effective technologies for electrification of these buildings exist, such as high-efficiency air-source heat pumps; but uncertainty, awareness, and market barriers in the real estate sector threaten to slow their adoption.

To demonstrate that decarbonization makes good business sense, Siqi Zheng, the Samuel Tak Lee Professor of Urban and Real Estate Sustainability, and her colleagues are building a model that provides streamlined decision-making tools and behavioral intervention strategies for business stakeholders and policy makers.

“Real estate owners/developers need accurate information on the required monetary and nonmonetary costs and benefits involved in acquiring and deploying the technology in their buildings,” she says. “We want to provide a toolkit for policy makers attempting to accelerate building electrification that will support the design of incentive programs, and serve as a decision-making model applicable and scalable in the real world,” says Zheng.

Analyzing the large-scale supply of low-carbon hydrogen in Germany 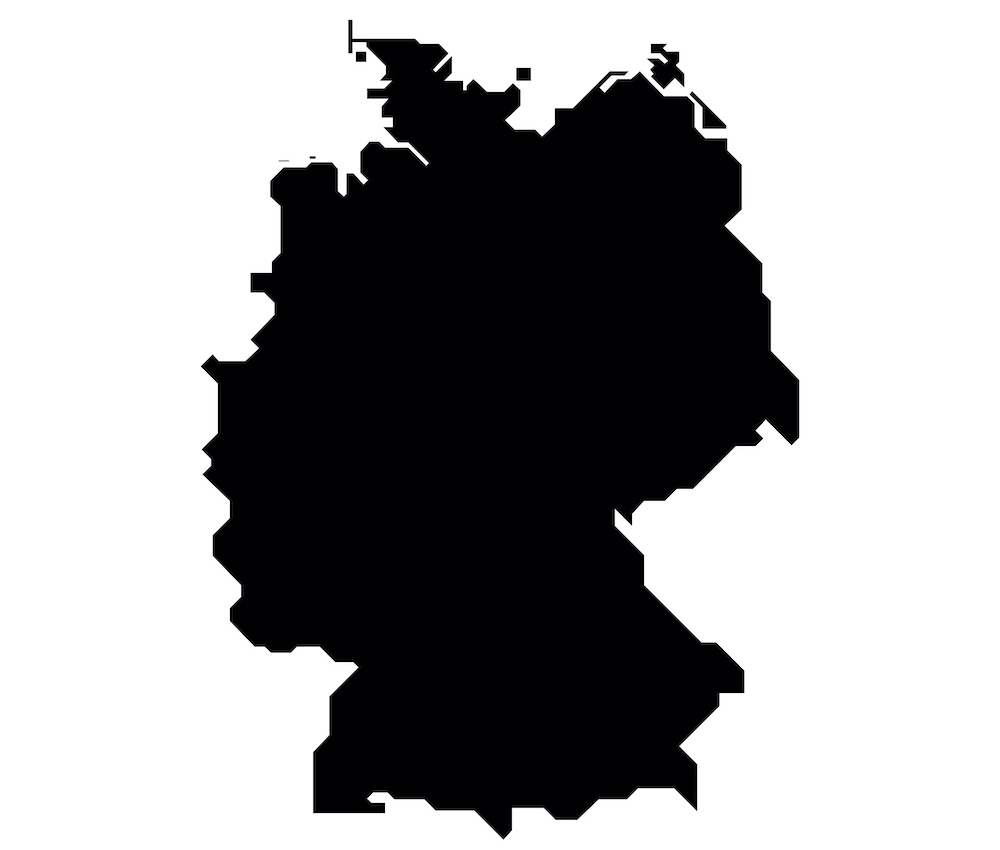 Hydrogen will play an essential role in decarbonizing the economy, whether in industrial processes, long-haul transport, or renewable energy storage. Recently, Germany has unveiled an ambitious strategy for accelerating the move to hydrogen, which will require cost-efficient and ideally zero-carbon methods for generating and distributing hydrogen.

“We intend to develop a detailed low-carbon hydrogen supply chain model that will accurately represent Germany’s targets and that will optimize for the capacities of power and hydrogen production, storage, and transmission,” says Emre Gençer, a principal research scientist at MITEI and the principal investigator. In the future, the model will be optimized for zero-carbon target scenarios.

The research will employ MITEI’s Sustainable Energy System Analysis Modeling Environment (SESAME) to estimate the minimum-cost hydrogen supply chain design for different scenarios and timeframes, and to investigate the connection of Germany to other regions for importing hydrogen and low-carbon electricity for hydrogen production. This research, says Gençer, “will be modular in design to enable future case studies of other regions around the globe.” 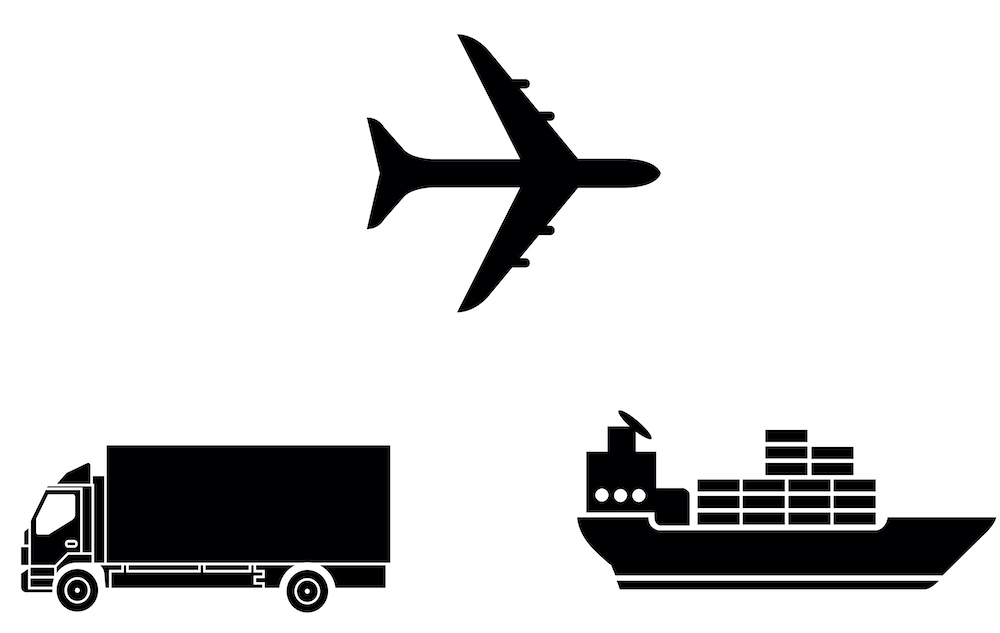 Aircraft, ships, and heavy-duty trucks currently emit between two and four billion metric tons of carbon dioxide (CO2) per year. Decarbonizing this transportation sector proves challenging: Batteries can’t power such long-distance transportation, and current synthetic fuels cannot be produced in sufficient quantities and many synthetic fuels are not adequately low-carbon. Principal investigator Steven Barrett, a professor of aeronautics and astronautics, is studying how direct air capture (DAC) of CO2 could be harnessed to address the need for long-distance transportation fuels. CO2 taken directly from air can be used either as a feedstock for the production of synthetic fuels, or if permanently stored away, as a carbon offset to enable the continued use of petroleum-derived fuels.

“Our project will compare the economy-wide net emissions impacts, system costs, and abatement costs associated with these two DAC-enabled decarbonization pathways for tough-to-decarbonize transportation,” says Barrett. “The goal will be to identify the conditions under which one solution is superior to the other and to analyze the role these pathways could have in decarbonizing tough-to-decarbonize transportation.” 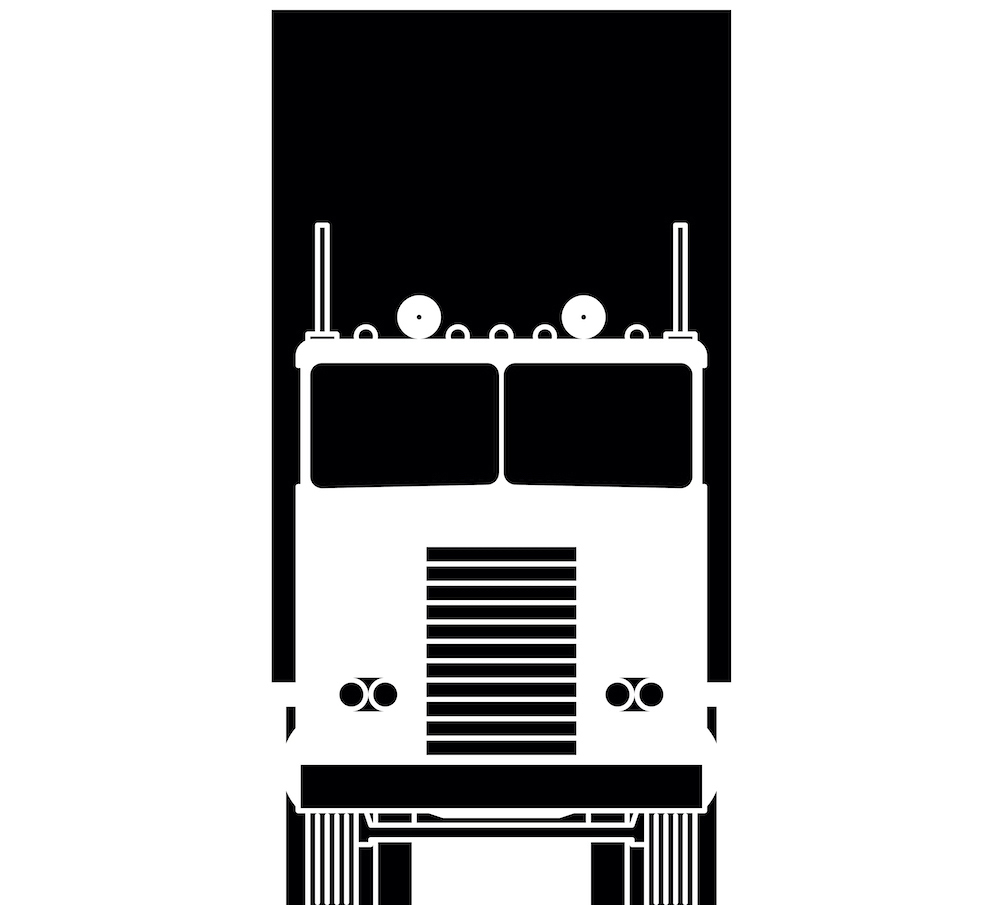 Long-haul trucking contributes a large and growing share of greenhouse gases. Since these vehicles must travel much longer distances each day than a typical car, switching to battery power trucks is not currently economical or practical because of the required size and weight of the battery and the required recharging times. Liquid fuels contain much more energy per volume than current batteries. Therefore, this project is looking at various liquid fuels, including fuels that are very similar to conventional fuels but are not made from fossil fuels, as well as fuels that do not emit any CO2 when they are used to power a truck.

Co-investigators Gençer and William H. Green, the Hoyt Hottel Professor in Chemical Engineering, are developing an assessment platform to compare the cost and emission impacts of these liquid fuel options. “Since long-haul trucking costs directly affect most people in the world, including billions of poor people, it is important to develop a decarbonized long-haul trucking system based on a new energy carrier that is as inexpensive as possible and that poses the least number of barriers to transition for truck drivers and refueling station operators in all nations of the world,” says Green. 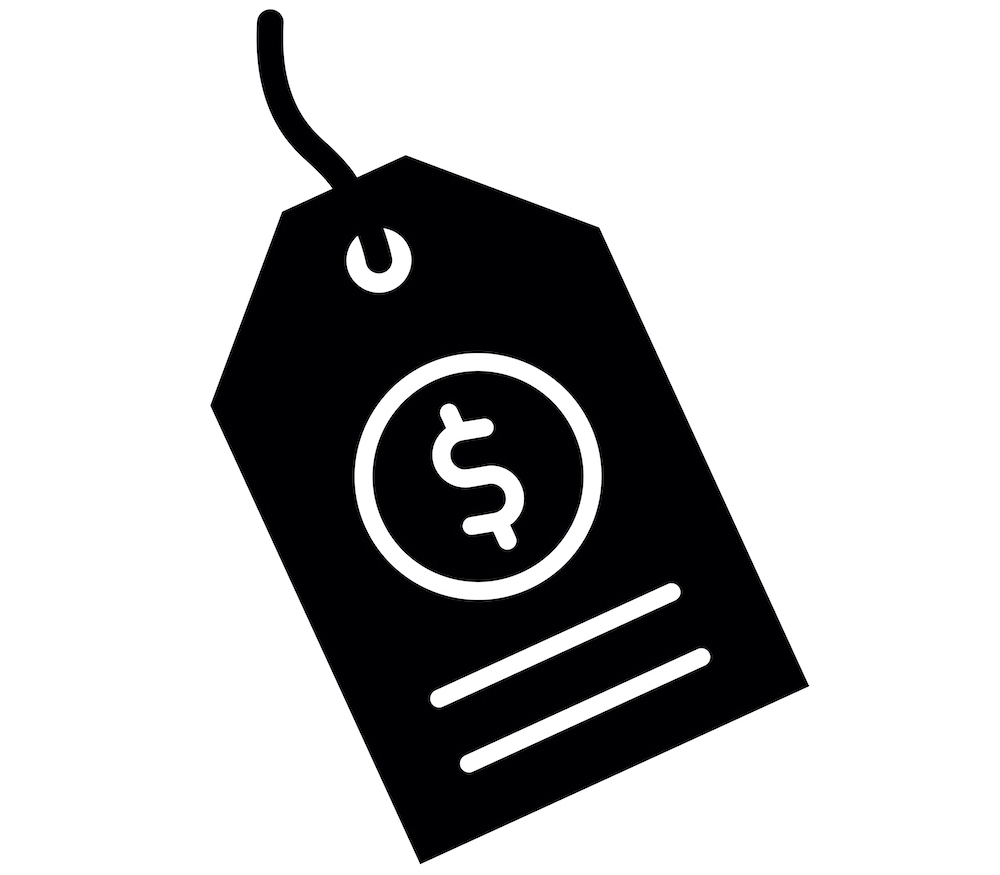 Increased electrification of the heating and transportation sectors and expansion of intermittent renewable energy generation make it more challenging to ensure that the supply of electricity will meet the demand at every moment in time. One strategy to help match supply and demand is to incentivize consumers to use more electricity when it is abundant and less when it is scarce. Such a solution could involve setting retail prices to provide that incentive and thereby make the entire system more efficient and economical.

But “most end users are unlikely to accept exposure to inherently volatile wholesale power prices, especially after such recent events as the Texas freeze and the ongoing EU energy crisis,” says Dharik Mallapragada, a principal research scientist at MITEI and a project investigator.

The researchers propose to investigate alternative rate structures that allow variability in the value of electricity across time to be passed through to retail customers, rewarding end users for efficient electricity consumption while limiting the risk associated with excessively high wholesale prices. 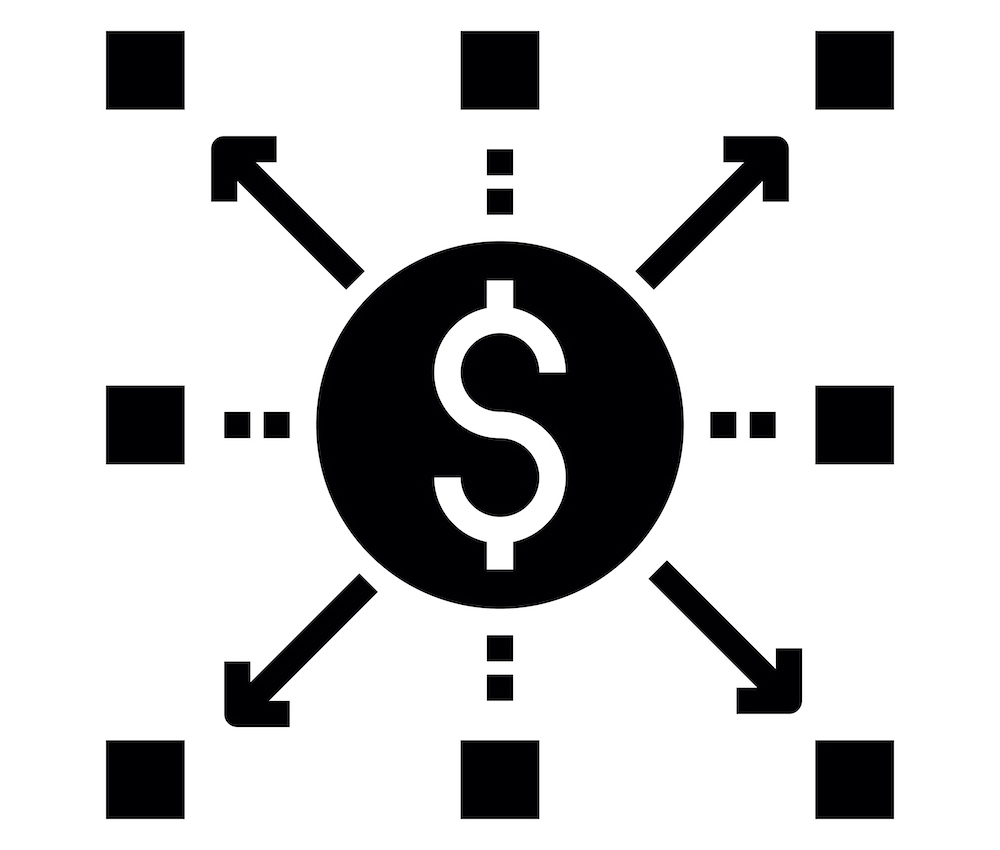 Geopolitics, energy insecurity, and extreme climate events can lead to increased energy prices over prolonged periods of time, as has been demonstrated over the past two years. Soaring electricity prices in response to these events will lead to “affordability issues for a significant share of consumers, competition issues for industry, and will likely induce politicians to introduce often detrimental market interventions that can actually exacerbate the issues,” says Christopher R. Knittel, the George P. Shultz Professor of Energy Economics and deputy director for policy at MITEI.

Knittel’s group hopes to mitigate such issues with the help of “regulatory-driven long-term hedges to protect end users of electricity,” according to Tim Schittekatte, a MITEI postdoctoral associate. The team will also review best international practices to address energy poverty, and identify innovative policies to “efficiently protect vulnerable customers and enable them to actively participate in the energy transition,” says Schittekatte. 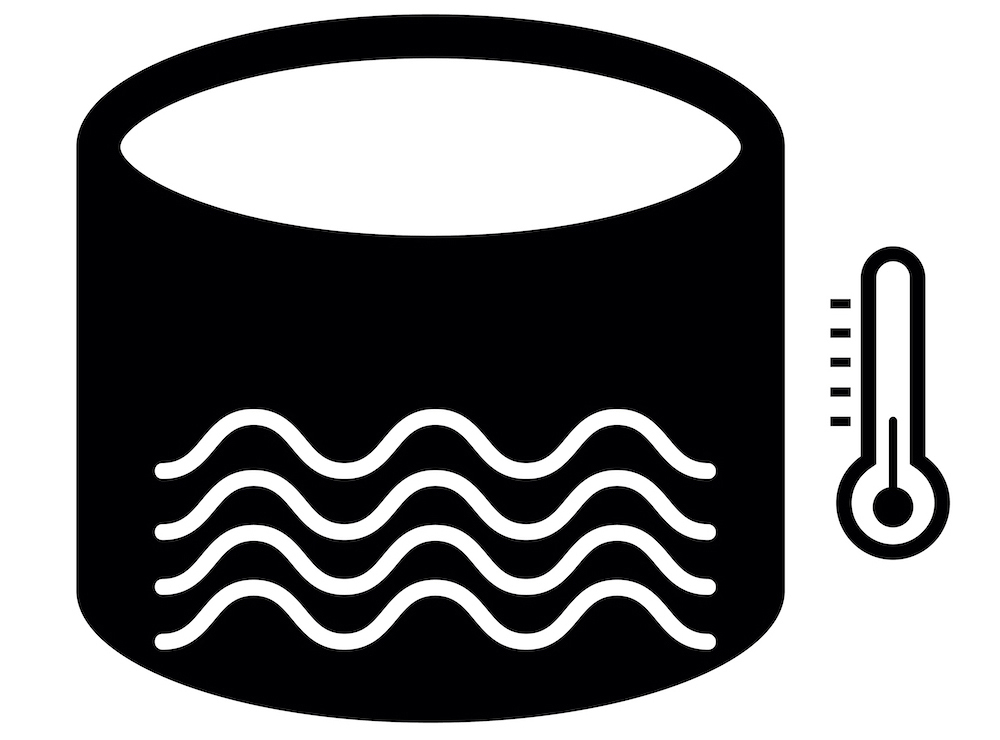 As renewable energy sources increase their contribution to electric power supply, there will be heightened demand for large-scale, long-duration energy storage (LDES). These systems provide more than 10 hours of energy storage for times when intermittent power sources such as sun and wind prove insufficient to meet demand. A project directed by Paul I. Barton, the Lammot du Pont Professor of Chemical Engineering, is investigating a new LDES technology called liquid air energy storage (LAES), which can store multiple gigawatt-hours of energy and offers advantages over other LDES systems.

“LAES is a clean technology that, in addition to electricity, only intakes and outputs ambient air,” says Barton. “These systems offer flexibility over other approaches since they have the ability to generate electrical, mechanical, and thermal energy simultaneously and can operate either as stand-alone systems or be integrated with other industrial processes to further boost both processes’ efficiencies.”

Barton’s team will model a stand-alone LAES system based on state-of-the-art design to determine if LAES is both technically and economically viable under expected grid conditions.

Maximizing security and resilience to cyber-attacks in a power grid 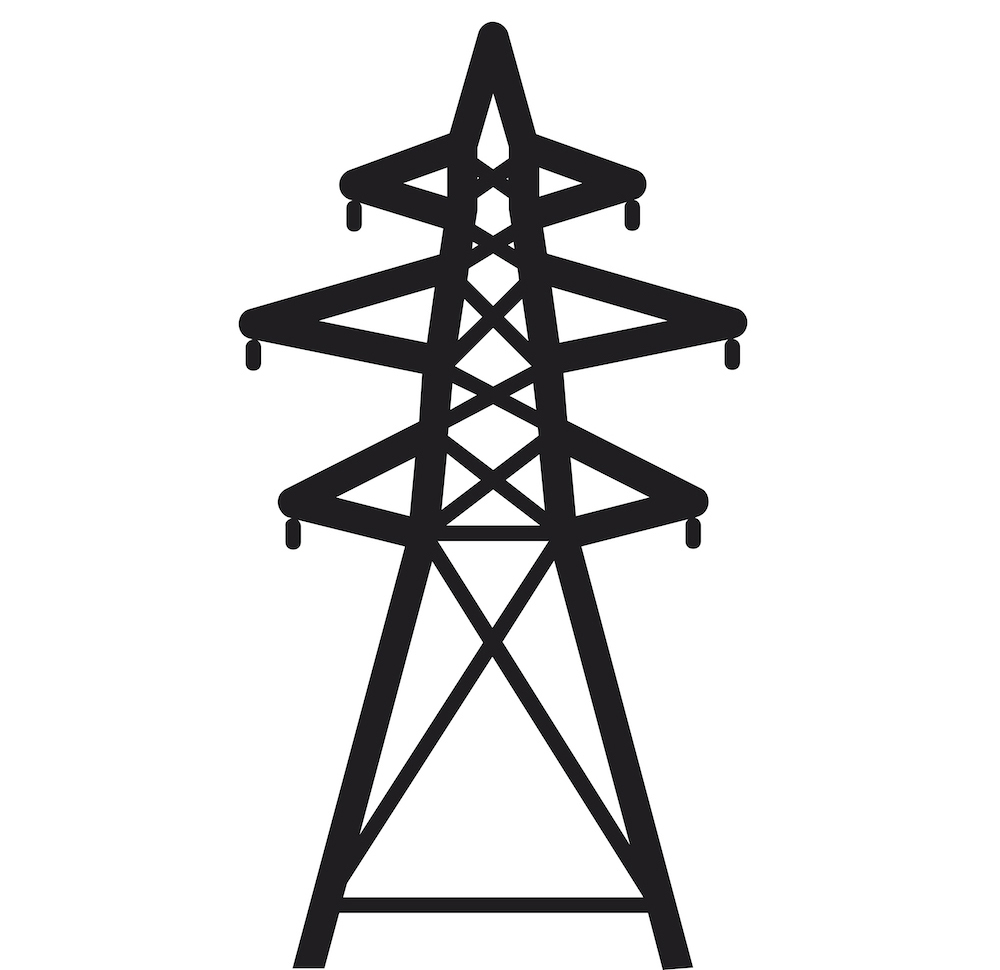 The energy grid has become an increasingly frequent target of cyber-attacks, exemplified most recently by such attacks against Ukrainian power plants and the Colonial oil pipeline in the United States. “The integration of decarbonized, variable energy resources will only expand these threats, so we must have secure coordination structures to monitor, alert, and mitigate the effect of these attacks and to enhance the resilience of the power grid,” says project co-principal investigator Anuradha M. Annaswamy, a senior research scientist in the Department of Mechanical Engineering.

Project researchers will provide grid system operators with situational awareness about grid operating conditions in real time, using Internet-of-Things technology. “We will identify methods for maximizing security and develop scores for resilience against risk in all subsystems of the energy grid, with particular emphasis on the grid edge,” says Annaswamy. The proposed framework will be validated on a realistic power system model. 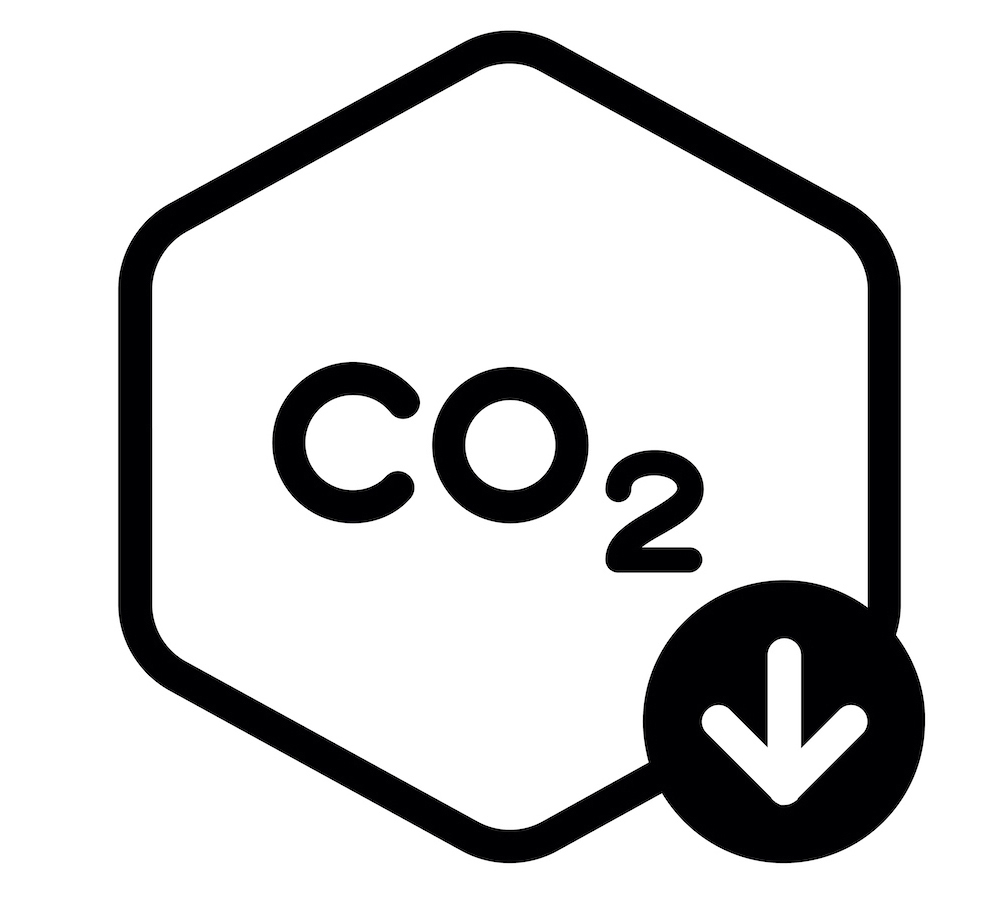 For hard-to-decarbonize industries such as iron, steel, cement, and chemical production, carbon capture and storage (CCS) appears to be a promising decarbonization strategy. There is a wide range of carbon capture technologies, each with different capabilities and levels of maturity. Likewise, the hard-to-abate industries have diverse needs with CO2 generation at different concentrations and at high temperatures (300 to >1,400°C). The investigators behind this project want to assess how more established technologies and a new high-temperature CCS technology would match up with the needs of these different industries.

“This project will quantify the potential of molten salts as exemplar versatile-temperature capture media for CO2 capture from various industrial flue gas streams and compare it against more mature carbon capture technologies,” says Betar Gallant, a professor of mechanical engineering and one of three principal investigators on the project. “Specifically, we will determine the energy cost, process efficiency gains, capital and operating cost, and material scalability of various CCS systems to industry processes.”


The Future Energy Systems Center is a research consortium established by MITEI that investigates the emerging technology, policy, demographics, and economics reshaping the landscape of energy supply and demand. The Center conducts integrative analysis of the entire energy system—an approach essential to understanding the cross-sectorial impact of the energy transition. The Future Energy Systems Center combines MIT’s deep knowledge of energy science and technology with advanced tools for systems analysis to examine how advances in technology and system economics may respond to various policy scenarios.

This article appears in the Winter 2023 issue of Energy Futures. 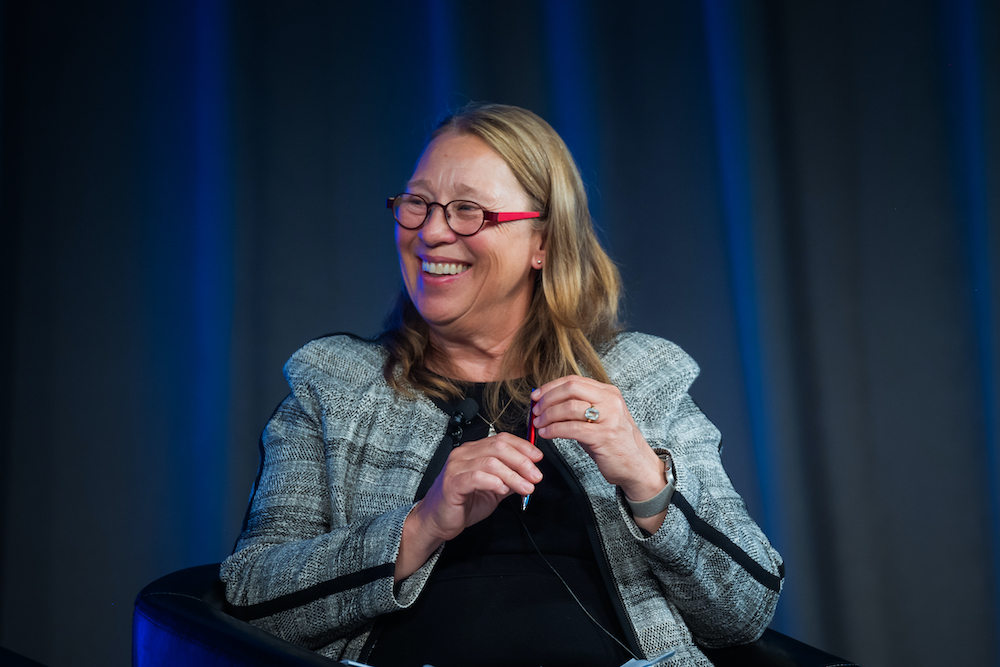 3 Questions: Antje Danielson on energy education and its role in climate action