Jing Li, an assistant professor of applied economics in the MIT Sloan School of Management, stands at the front of the classroom and encourages her undergraduate students to dig deeper. “Why was this a good idea?” she prompts. “How did people come up with these numbers?”

It’s the second-to-last day of class, and the students in Economics of Energy, Innovation, and Sustainability are discussing their teams’ results and the logic behind the decisions they made in the Electricity Strategy Game—a main feature of this course.

“[With] so much magic,” a student quips in response to Li’s question, to a chorus of laughter.

The real magic, they all know, is in Li’s approach to teaching: She holds her students accountable for their conclusions and throws them head-first into challenging problems to help them confidently engage with the complexities of energy economics.

“She didn’t baby us with tiny data sets. She gave us the real deal,” says Wilbur Li, a senior computer science major and mechanical engineering minor (no relation to Jing Li). He initially took the class to round out his fall semester schedule, unsure if he would keep it due to a rigorous class load. However, just a couple of weeks into the semester, he was sold on the class.

“It’s one of those classes at MIT that isn’t really a requirement for anyone, but it’s a class that only draws people who are genuinely interested in the subject area,” he says. “That made for really good discussions. You could tell that people were interested beyond an academic sense.” 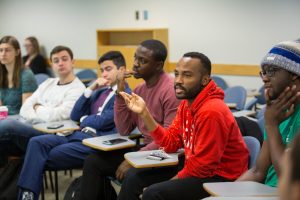 Students share how they drew on business case studies and other course materials to inform their actions throughout the Electricity Strategy Game. Credit: Kelley Travers

15.0201/14.43, a part of MITEI’s interdisciplinary Energy Studies Minor, is a relatively new course. The class, which is also offered as graduate-level course 15.020, made its debut in the spring 2019 semester and was developed to expand the energy economics offerings at MIT. Part of the motivation for creating 15.0201/14.43 stemmed from the fact that Professor Christopher Knittel’s course 15.037/15.038 Energy Economics and Policy is consistently in high demand, without enough supply to accommodate interested students.

“Professor Knittel and I have positioned our two courses so that someone who wants to get a taste of energy economics could take either one and come away with a good mental map of the field, but also that someone who is very serious about a future career in energy would find it useful to take both,” says Li.

Li’s class focuses on innovation and employs environmental economics principles and business cases to explore the development and adoption of new technology and business strategies related to sustainability.

“The class has been particularly attractive to students who are interested in the energy landscape, such as how energy markets impact and relate to local environmental issues and how to provide energy to parts of the globe that currently lack access to affordable or reliable energy,” she says. “It has also appealed to students interested in applied microeconomics.”

In addition to crunching large data sets and bringing in guest speakers, such as Paul Joskow, the Elizabeth and James Killian Professor of Economics Emeritus and former chair of MIT’s Department of Economics, a major element of the class—and a runaway favorite of many of the students—is the Electricity Strategy Game. The game was created by Professors Severin Borenstein and James Bushnell for the University of California at Berkeley’s Haas School of Business.

The game is designed to replicate the world of deregulated wholesale electricity markets. Players are divided into firms and utilize electricity generation portfolios, based on actual portfolios of the largest generation firms in the California market, to compete in a sequence of daily electricity spot markets, in which commodities are traded for immediate delivery. Each portfolio contains differing generation technologies (thermal, nuclear, and hydro), with varying operating costs. Spot market conditions vary from hour to hour and day to day. Players must develop strategies to deploy their assets over a sequence of spot markets while accounting for the cost structure of their portfolio, varying levels of hourly electricity demand, and the strategies of other players. The game is conducted in six rounds, with the second half of the game taking into account carbon permits. Winners are determined by the financial performance of their firm and an evaluation of the logic of the firm’s actions, which the teams describe in a series of memos to the professor. 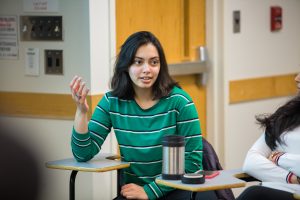 “I loved the Electricity Strategy Game! It was really fun to have to figure out how to predict demand and then how to price supply accordingly,” says Anupama Phatak, a junior mechanical engineering major and economics minor. “The bid for portfolios was also a really cool process. I put a lot of time and effort into understanding the game and developing a strategy, so it made the process all the more rewarding when my team won.”

Wilbur Li echoed Phatak’s enthusiasm. “My favorite part of the game was definitely the auction—it was the most exciting part,” he says. “Every single group did research on their own to figure out what sort of bidding prices they wanted for each piece of property [power plants]—and when we showed up, every single group had wildly different final prices for what we bid on the plants.”

For Isaac Perper, a senior mechanical engineering and computer science double major and economics minor, the value of the game was in getting a glimpse of how energy portfolios might play out in real-life auctions. “We all had different portfolios, so I think that was the most interesting part. We got to see differences between coal, hydro, and gas plants and the different price points at which they are profitable. I think the auction mirrored what you would expect in a real market,” he says.

Many of the students who took 15.0201/14.43 are making it their mission to apply the lessons learned from the class to their career goals. The class helped inspire Wilbur Li to pursue a career in cleantech product development, such as working on smart meters or more efficient transportation for wind turbine blades.

“A class like 14.43 definitely helps with understanding how the products that are being worked on can be scaled in terms of figuring out which players in the economy would want to pick up and utilize a product,” he says. “It has given me a deeper understanding of how technology scales on a market level, as well as how to understand and account for the target impact of those technologies.”

Phatak says that the class has made her more conscious of the adverse environmental consequences of products such as palm oil. “I now understand that even the smallest ingredient in our everyday products can have negative impacts around the world that I might not even see,” she says. Because of the topics covered in Li’s course, Phatak is now actively pursuing internships in sustainability.

Perper shared that the class opened his eyes to a lot of inefficiencies that exist in the energy market today. Indeed, he says that his life’s goal is to help to address some of those inefficiencies. “Going into this class, I had kind of thought that we have our different electricity producers and some pollute more than others, but in terms of the actual market structure and how electricity is distributed, paid for, and expanded into developing areas, all of those things were more complicated and inefficient than I had expected,” he says. When he returns to MIT in the fall to pursue his master’s degree in computer science and electrical engineering, Perper says he will be thinking more about the bigger questions in terms of energy policy and technology.

Professor Li says she hopes that students come away from 14.43 with “more questions than answers,” as well as a honed sense of which questions are worth spending time to answer. She also aims for her students to leave with the knowledge that sustainability and energy touch every organization in some way.

“Whatever kind of organization you are a part of and the role you take in that organization—investor, manager, employee, customer, voter—you can contribute to the sustainability goals of your organization with your ideas, voice, and actions,” she says.

This article appears in the Spring 2020 issue of Energy Futures. 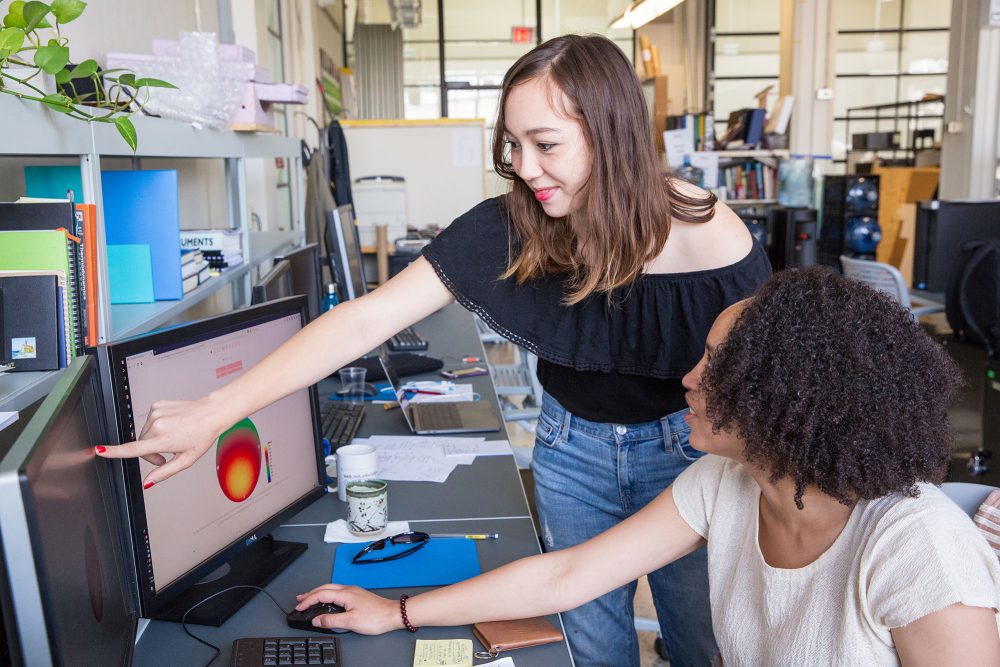 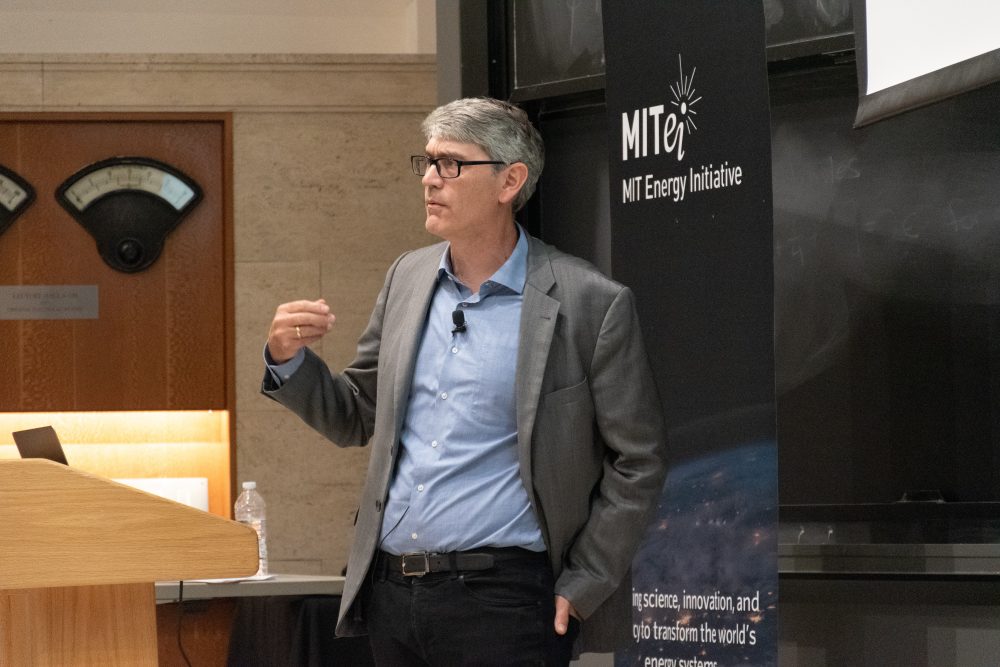 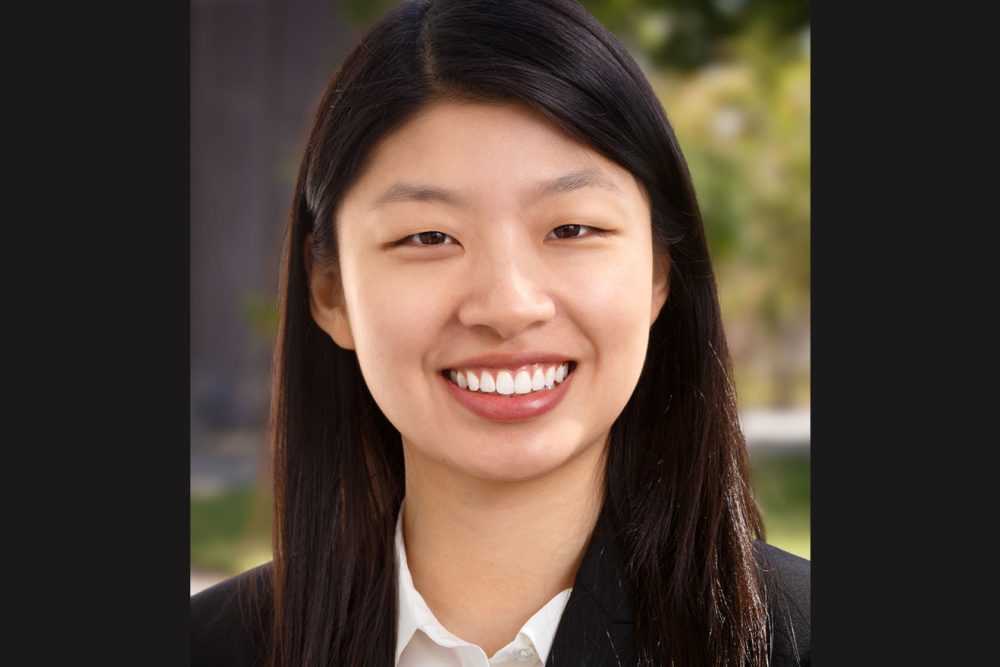