A new era in fusion research at MIT

On March 9, 2018, MIT announced a first-of-its-kind collaboration to advance carbon-free fusion power. Italian energy company Eni S.p.A., a founding member of the MIT Energy Initiative (MITEI), has reached an agreement with MIT to fund fusion research projects run out of the MIT Plasma Science and Fusion Center (PSFC)’s newly created Laboratory for Innovation in Fusion Technologies (LIFT). The expected sponsorship of these research projects will amount to approximately $2 million over the following years. Eni also announced a commitment to a $50 million investment in a new private company with roots at MIT, Commonwealth Fusion Systems (CFS). The overall goal of the research is to develop a working fusion pilot plant within the next 15 years.

“This collaboration by MIT, Eni, and Commonwealth Fusion Systems has significant potential to make commercial-scale fusion power a reality,” says Robert C. Armstrong, MITEI’s director and the Chevron Professor of Chemical Engineering at MIT. “Commercializing fusion would allow it to take its place as a staple of the global low-carbon energy portfolio—which will help meet growing energy demand while tackling the challenge of climate change.”

Fusion is unique in that it is a zero-carbon, dispatchable, baseload technology, with a limitless supply of fuel, no risk of runaway reaction, and no generation of long-term waste. It also produces thermal energy, so it can be used for heat as well as power. Still, there is much more to do along the way to perfecting the design and economics of compact fusion power plants.

CFS plans to use the Eni funding to advance research and development of superconducting fusion magnets, which in turn can enable the manufacture of smaller, lower-cost fusion devices that PSFC has already been researching. CFS will also use some of the funding to support MIT fusion research efforts. Advances in this area have been made possible by decades of federal funding for basic research.

Eni will fund research projects at LIFT that focus on fusion-specific solutions. “We are thrilled at PSFC to have these projects funded by Eni, who has made a clear commitment to developing fusion energy,” says Dennis Whyte, the director of PSFC and the Hitachi America Professor of Engineering at MIT. “LIFT will focus on cutting-edge technology advancements for fusion and will significantly engage our MIT students who are so adept at innovation.”

CFS will also join MITEI in a new class of membership specifically geared toward energy startups. This new membership class will enable entrepreneurial companies and larger, more established energy companies to learn from each other—sharing knowledge of the energy sector and accelerating commercialization of new technologies to improve global energy systems. 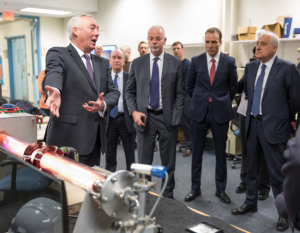 PSFC Director Dennis Whyte uses a small, linear plasma experiment to demonstrate the basic principles of magnetic confinement to an audience of visitors from Eni and MIT. In a fusion device, much stronger magnetic fields are used to contain plasmas with temperatures above 100 million degrees. Photo: Kelley Travers

The inside of a fusion device is an extreme environment. The creation of fusion energy requires the smashing together of light elements, such as hydrogen, to form heavier elements, such as helium, a process that releases immense amounts of energy. The temperature at which this process takes place is too hot for solid materials, necessitating the use of magnets to hold the hot plasma in place.

One of the projects PSFC and Eni intend to carry out will study the effects of high magnetic fields on the fluid dynamics of molten salt. One of the key elements of the fusion pilot plant currently being studied at LIFT is the liquid immersion blanket, essentially a flowing pool of molten salt that completely surrounds the fusion energy core. The purpose of this blanket is threefold: to convert the kinetic energy of fusion neutrons to heat for eventual electricity production; to produce tritium, a main component of the fusion fuel; and to prevent the neutrons from reaching other parts of the machine and causing material damage.

It’s critical for researchers to be able to predict how the molten salt in such an immersion blanket would move when subjected to high magnetic fields such as those found within a fusion plant. The researchers and their respective teams plan to study the effects of these magnetohydrodynamic forces on the salt’s fluid dynamics.

A history of innovation

During the 23 years that MIT’s experimental fusion tokamak device, Alcator C-Mod, was in operation, it repeatedly advanced records for plasma pressure in a magnetic confinement device. Its compact, high-magnetic-field fusion design confined superheated plasma in a small donut-shaped chamber.

“The key to this success was the innovations pursued more than 20 years ago at PSFC in developing copper magnets that could access fields well in excess of other fusion experiments,” says PSFC Deputy Director Martin Greenwald. “The coupling between innovative technology development and advancing fusion science is in the DNA of the Plasma Science and Fusion Center.”

In its final run in 2016, Alcator C-Mod set a new world record for plasma pressure, the key ingredient to producing net energy from fusion. Since then, PSFC researchers have used data from these decades of C-Mod experiments to continue to advance fusion research. Just last year, they used C-Mod data to create a new method of heating fusion plasmas in tokamaks that could result in the heating of ions to energies an order of magnitude greater than previously reached.

A commitment to low-carbon energy

MITEI’s mission is to advance low-carbon and no-carbon emissions solutions to efficiently meet growing global energy needs. Critical to this mission are collaborations between academia, industry, and government—connections MITEI helps to develop in its role as MIT’s hub for multidisciplinary energy research, education, and outreach.

Eni is an inaugural, founding member of MITEI, and it was through their engagement with MITEI that they became aware of the proposed fusion technology commercialization plan and its immense potential for revolutionizing the energy system. It was also through these discussions that Eni researchers learned of the high-potential fusion research projects taking place at the PSFC, spurring them to support the future of fusion at the Institute itself.

Eni CEO Claudio Descalzi said, “Today is a very important day for us. Thanks to this agreement, Eni takes a significant step forward toward the development of alternative energy sources with an ever-lower environmental impact. Fusion is the true energy source of the future, as it is completely sustainable, does not release emissions or waste, and is potentially inexhaustible. It is a goal that we are determined to reach quickly.” He added, “We are pleased and excited to pursue such a challenging goal with a collaborator like MIT, with unparalleled experience in the field and a long-standing and fruitful alliance with Eni.” 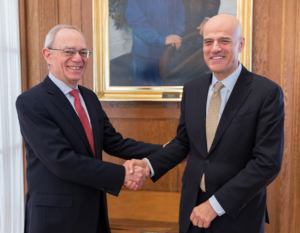 These fusion projects are the latest in a line of MIT–Eni collaborations on low- and no-carbon energy projects. One of the earliest of these was the Eni-MIT Solar Frontiers Center, established in 2010 at MIT. Through its mission to develop competitive solar technologies, the center’s research has yielded the thinnest, lightest solar cells ever produced, effectively able to turn any surface, from fabric to paper, into a functioning solar cell. The researchers at the center have also developed new, luminescent materials that could allow windows to efficiently collect solar power.

Other fruits of MIT–Eni collaborations include research into carbon capture systems to be installed in cars; wearable technologies to improve workplace safety; energy storage; and the conversion of carbon dioxide into fuel.

For more information on the broader agreement between MIT and Commonwealth Fusion Systems, please visit bit.ly/MIT-CFS. 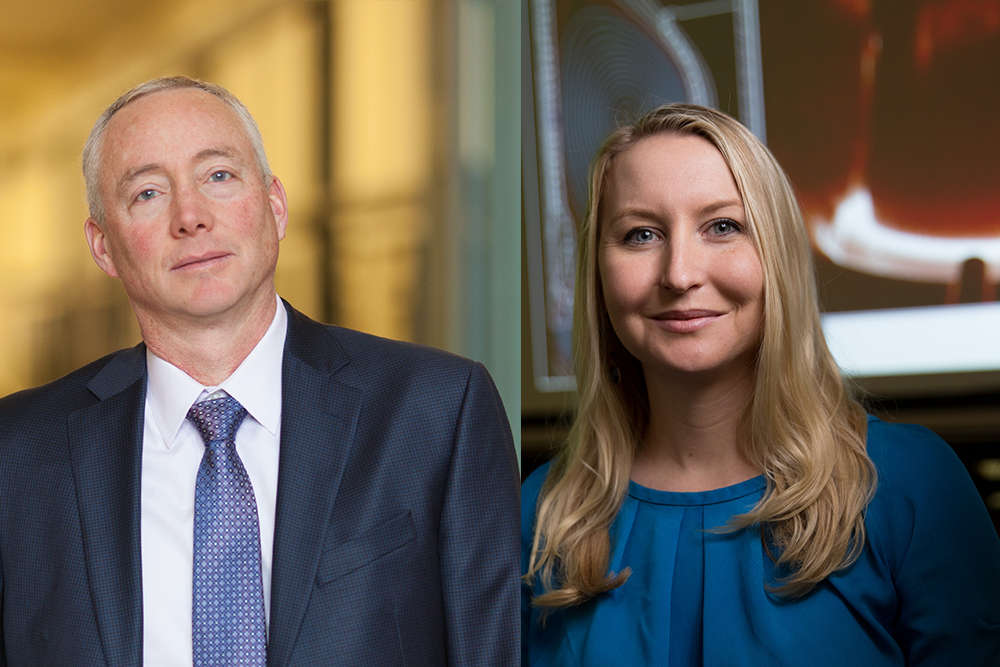