Awardees will use grants to advance research in areas including energy storage, renewables expansion modeling, and the chemistry of electrocatalysts.

In spring 2018, the MIT Energy Initiative (MITEI) awarded nine grants totaling $1,350,000 through its Seed Fund Program, an annual competition that supports early-stage innovative research across the energy spectrum. The awardees will be using the $150,000 grants to explore highly creative and promising energy research projects.

“This is an extremely competitive process,” said MITEI Director Robert C. Armstrong, the Chevron Professor of Chemical Engineering. “Every year the submissions we receive are incredibly impressive, and this year was no exception. Our grantees are remarkable in their creative, interdisciplinary approaches to addressing key global energy and climate challenges.”

To date, MITEI has supported 170 projects with grants totaling approximately $22.75 million. These projects have covered a variety of energy research areas, from fundamental physics and chemistry to engineering to policy and economics, and have drawn from all five MIT schools and 28 departments, labs, and centers.

Seed grant awardees run the gamut from established professors to new faculty members. This year, six of the nine grant recipients are first-time awardees— including four researchers early in their careers at MIT.

Fabricating membranes with tunable permeability and selectivity Chemical production, petroleum refining, and other industrial separation processes make up one third of US energy consumption. Most processes use thermal distillation, which requires large amounts of heat. Professor Jeffrey Grossman of materials science and engineering and his team are developing a new nanoporous membrane to replace thermal distillation, thereby slashing the energy required for chemical separations by over 80%. The multilayer structure of the membrane is pictured above. The graphene layer comprises sheets of graphene oxide (GO) and is supported by a stabilizing porous layer. As the mixture flows between the GO sheets, larger molecules are blocked. By testing the membranes with crude oil and other industrially relevant solutions, the researchers aim to demonstrate that graphene membranes can be efficiently operated on a commercial scale.

The chemistry of energy

While research in the lab can be critical to advancing energy technologies, computer simulations are also valuable, serving as an efficient testing ground where new ideas can be explored rapidly and at low risk. Simulations at the atomic level can be especially valuable in discovering new energy materials and in investigating chemical change in energy generation and storage. But the computational cost associated with such “atomistic” simulations can be extremely high—a problem that Professor Rafael Gomez-Bombarelli and his team will be addressing in their project. Gomez-Bombarelli, the Toyota Assistant Professor in Materials Processing, plans to use machine learning to create software that, by leveraging already existing computational results, can accelerate high-accuracy quantum-chemical calculations, reducing the cost incurred.

“We will use existing computer simulations that took many years of computer time to automatically learn consistent patterns about the behavior of matter in energy processes,” says Gomez-Bombarelli. “This newly gained information will make chemically accurate simulations thousands of times faster and accelerate the predictive design of more efficient and sustainable fuels, photovoltaic materials, solid-state lighting, battery chemicals, and industrial catalysts.”

Karthish Manthiram, an assistant professor of chemical engineering, is approaching energy generation and storage from a different angle. His team is investigating lithium-based materials as electrocatalysts for nitrogen reduction, a key step in the production of ammonia, which is a potential route for storing electrical energy from intermittent renewable sources in a liquid fuel. The intrinsic reactivity of lithium makes it a prime candidate for use in catalysis, potentially beginning a new chapter in liquid fuel creation and energy storage.

Betar Gallant, an assistant professor of mechanical engineering, won a seed grant for her team’s research into calcium as a promising anode for low-cost, high-energy-density batteries. Such batteries, if successfully developed, can play critical roles in ensuring stability on a renewables-heavy power grid and also in achieving the electrification of our transportation system. Today, the most common electric-vehicle battery pack on the market is the lithium-ion battery, but improvements in gravimetric and volumetric energy density are needed to achieve longer driving ranges. While widespread efforts have focused on developing the lithium anode to replace the graphite electrode in today’s lithium-ion batteries, lithium metal cycles poorly, is expensive, and raises significant safety concerns. Gallant and others believe there is substantial room for improvement to be made by pursuing alternative metal anodes. Calcium-based batteries possess particularly attractive volumetric energy densities and potentials compared to lithium-based cells and are also safer, less expensive, and potentially more versatile if key challenges can be overcome.

“This field is very much in its infancy; while the lithium anode has been subject to study for decades, researchers have just begun studying the fundamental behavior of calcium-based electrodes,” Gallant says. “Among the most significant challenges facing calcium electrodes are limited round-trip efficiency and poor cycleability. If these challenges can be overcome, the calcium electrode will be unlocked for use in a wide range of advanced battery chemistries and will open new and exciting avenues for research and development.”

Jing Li, an incoming MIT Sloan School of Management faculty member, and her team plan to produce a more accurate cost-reduction curve for batteries by developing models based on fundamental materials and underlying science and then estimating them using data on the design, structure, cost, and quantities of batteries used in commercial products on the market. Results should help clarify why battery costs have decreased dramatically in recent years and whether that trend will continue in the future.

Li’s team will also examine what changes in the regulatory structure of electricity markets are needed in light of expanding energy storage capacity. The goal is to understand who should own and operate energy storage units on the grid and the social welfare implications of different options for energy storage ownership. The researchers will model the decision-making strategies of potential owners, including private firms and system operators, to determine possible impacts on market outcomes, including prices, quantities, and costs.

Joining those four early-career researchers were several faculty members with long, deep experience in their areas of expertise. First-time seed grant winner Ignacio Pérez-Arriaga, a visiting professor at the MIT Sloan School of Management, is leading a study that combines electricity and economic modeling with policy analysis of renewable portfolio standards and other incentives meant to encourage renewable energy growth in the United States. The goal is to determine the mix of renewable energy generation types that will ensure high reliability in a given state as well as the most cost-effective capacity expansion strategy for renewables, given differing natural resources and energy and environmental regulations across the country.

Chemistry Professor Tim Swager is also a first-time seed grantee. His team’s research focuses on a new approach to generating polymer membranes with three-dimensional porosity. Such membranes are used in chemical separations to transport ions in fuel cells as well as in processes related to chemical production and water purification. Separations often account for the majority of energy consumed during such processes, so improving their effectiveness is critical. Swager’s group is also focusing on related materials that have great potential for gas separations and on applying new ion-conducting materials to enable chemical and electrochemical transformations.

Seed grants may target early-stage energy research, but MITEI’s hope is that this research will continue and lead to practical solutions to real-world problems. Several past seed fund projects have made progress in that direction since their initial grants.

For example, 2016 grantee Marta Gonzalez, a visiting associate professor in the Department of Civil and Environmental Engineering, and her team developed an electric-vehicle planning app called Human Mobility, Energy and Autonomy, or HUMEA. As described in a paper published in Nature Energy in April 2018, the app aims to make owning and operating an electric vehicle (EV) in the city easier and less disruptive to the power grid by connecting a network of electric vehicles and optimizing the schedule for when and where they should charge. “Most people begin charging their EV when they get to work and then unplug around 6 pm when they leave,” says Gonzalez. “Power operators can’t handle that kind of steep peak. We want to incentivize individuals to bring the trend to an overall flatter demand.” People using the app can create personalized energy profiles that will point out openings in their schedules when they can charge outside of peak times.

Funding for the new grants comes chiefly from MITEI’s founding and sustaining members, supplemented by gifts from generous donors. 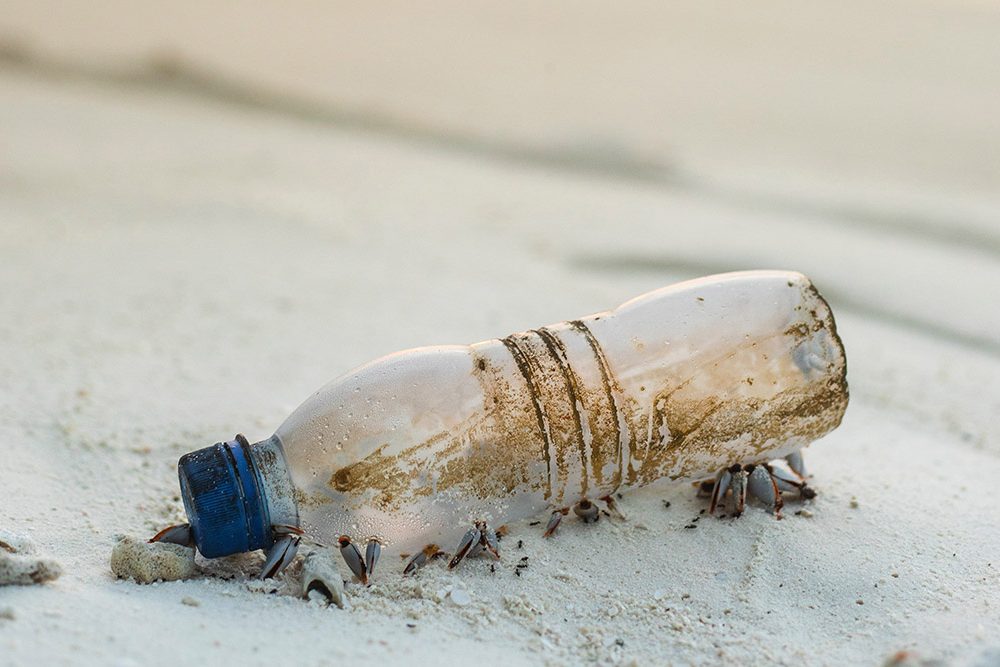