Katrin Klingenberg, the co-founder and executive director of Passive House Institute US, discusses her design philosophy and how passive buildings can support the low-carbon energy movement.

Katrin Klingenberg is the co-founder and executive director of Passive House Institute US (PHIUS). She designed and built the first house in the United States that met the passive building energy standard, which led her to co-found the Ecological Construction Laboratory (e-co lab), in 2003 to serve as a non-profit affordable housing developer in the Urbana, Illinois area. That company expanded into PHIUS in 2007, where she now directs technical and research programs for the organization. She talked with MITEI following a recent seminar in which she discussed her passive house philosophy and how passive buildings can support the low-carbon energy movement.

Q. What is a passive house and how has its popularity evolved from its roots in single-family homes?

A. Passive house and building refers to a set of building science principles that, if employed in an integrated way, lead to very well-designed structures that are comfortable, healthy, energy-efficient, operate with a very low carbon footprint, and are resilient—able to withstand and keep people safe during severe climate events and/or power outages. Elements of passive building include employing continuous insulation and airtight construction; and installing excellent windows, a balanced ventilation system, and a tiny micro-load space conditioning system. Initially, Passive House Institute US (PHIUS)-certified projects were all single-family homes. The reason for that was simple: it was a new idea and the technology required some adjustment of “business-as-usual” practices. Single-family spec home prototypes were much easier and cheaper to build than larger structures.

Many builders and homeowners took it upon themselves to showcase the new idea and to create projects that they could invite friends or local lawmakers to tour. Those initial homes were very successful in promoting the idea and soon the affordable housing developers took notice. First Habitat for Humanity: in many places, chapters built single-family homes first. Then, the Washington, D.C., chapter embarked on the first duplex, and then a quadplex. Soon it became clear that ultra-low-energy and zero-energy-ready buildings (certified PHIUS+ passive homes) were very much in line with affordable housing goals: lower energy costs for inhabitants, increased indoor air quality and health, increased resilience in case of power outages, and reduced maintenance footprints for the developers themselves. It was a win-win for everybody.

Housing finance agencies around the country began to incentivize PHIUS+ certified projects and soon larger affordable projects were in planning. The first completed larger affordable project is located in Pittsburgh, Pennsylvania, with 24 units, and was certified in 2013. Then, multiple others followed across the country. Today, more than 80 projects are listed in the PHIUS+ database in various stages of completion. The largest completed, occupied and fully certified affordable project to date is located in New York City: it is an 8-story tall building with 101 apartments.

Q. How do the traits of a successful passive house change from climate to climate?

A. Passive building is impacted by climate as well as by building size and typology. In very cold climates that have little to no need for cooling, employing insulation in combination with capturing passive solar heat from south-facing windows is a really great strategy. This strategy reduces the need for active heating, but one has to be careful to not overly rely on heat from passive solar design because of potential overheating. Designing appropriately for any climate is a balancing act. In more mixed climates where heating, cooling, and in many cases, dehumidification, is needed, the design becomes more complex and is challenging. For example, a passive strategy for cooling in the summer is getting rid of heat by promoting heat loss, the opposite of the passive strategy of reducing heat losses in the winter. Lots of insulation is great in the winter, not so good in the summer. Since a building can’t change its “clothing” depending on the season, the designer has to properly strike a balance in mixed climates that suits both conditions similarly well, which typically leads to less insulation and a design for less solar heat from windows than in very cold climates. And in all cooling dominated climates, insulation only goes so far. Shading strategies, thermal mass, and if possible, night cooling become very important passive strategies to be applied first. After that, micro-sized mechanical systems will have to do the rest. Each climate requires its own characteristic combination of passive measures that will lead to the most cost-effective and comfortable solution.

Similarly, the size of a building matters. Larger apartment buildings have a higher density of people and appliances. Internal heat sources help to heat the building, like solar gain from windows, but they also increase the need for cooling. Even in moderately heating dominated climates, large buildings can be almost entirely cooling-load-dominated and behave as if they were built in one climate zone further south. The designer needs to be aware of that fact. Typically, they are also larger and have a better surface-to-volume ratio, which means there is also less heat loss compounding the problem. Both of those factors mean larger buildings need less insulation than smaller structures, relatively speaking, in the same climate. While a single-family home in climate zone 5 (Chicago) would need a wall of approximately R-50, or insulation about a foot thick, a 6-story apartment building in the same climate zone would only need about a 6-inch-thick insulated wall with an R-value of approximately 25. That is a big difference.

Q. What role do you see passive houses playing in the electric grid of the future?

A. Passive houses and buildings will enhance the capacity of the grid significantly because they are so efficient. That is especially important if the grid is redesigned for renewable energy production. Passive buildings can store excess or overproduced electric energy during the day. Energy can be stored passively by charging thermal mass wall components that then give off the energy slowly during the night and continue to heat homes and apartments. Energy could also be stored in smart hot water tanks or electric vehicles. Homes could produce energy themselves by adding a small photovoltaic system and store some of that production onsite for greater resilience. They can also sell their surplus energy once the new grid develops mechanisms for such transactions and contribute to distributed renewable energy generation. This makes more resilient microgrids (sub grids of the larger grid that can be islanded and still continue to function) possible.

Passive buildings are also crucial to help finance the shift to the new renewable energy economy. A lot of infrastructure improvements have to be made, with corresponding large and expensive investments. Passive strategies aim to tap into low-grade (free) energies first. They are affordable: the energy of the sun is free and insulation is one of the cheapest materials on a construction site. The result of total energy savings of up to 85% depending on building type and climate is remarkable. Energy savings from affordable passive design will then help to pay for the renewable upgrades and the redesign of the grid which is quite a bit more expensive requiring a much bigger investment. Furthermore, passive buildings can help modulate not only peak generation but also demand on a renewable grid. They don’t cause spikes in demand during extreme weather events because they only need little active energy to maintain comfortable temperatures. They act as a “capacitor,” increasing the capacity of the grid as a whole. With passive buildings at its core the idea of an all-renewable energy system becomes an economically and technically viable solution. 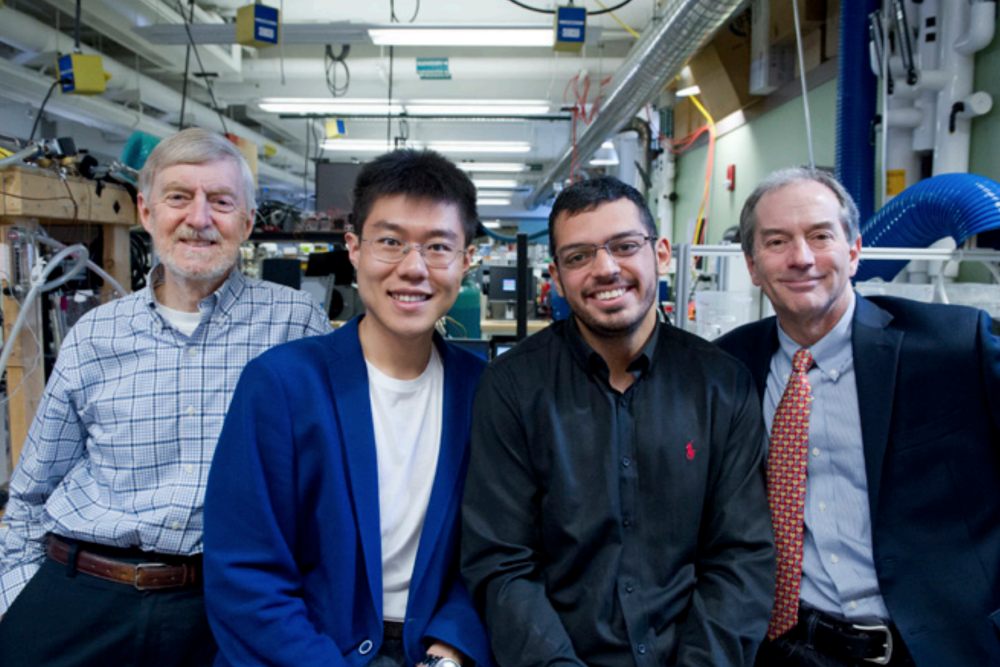 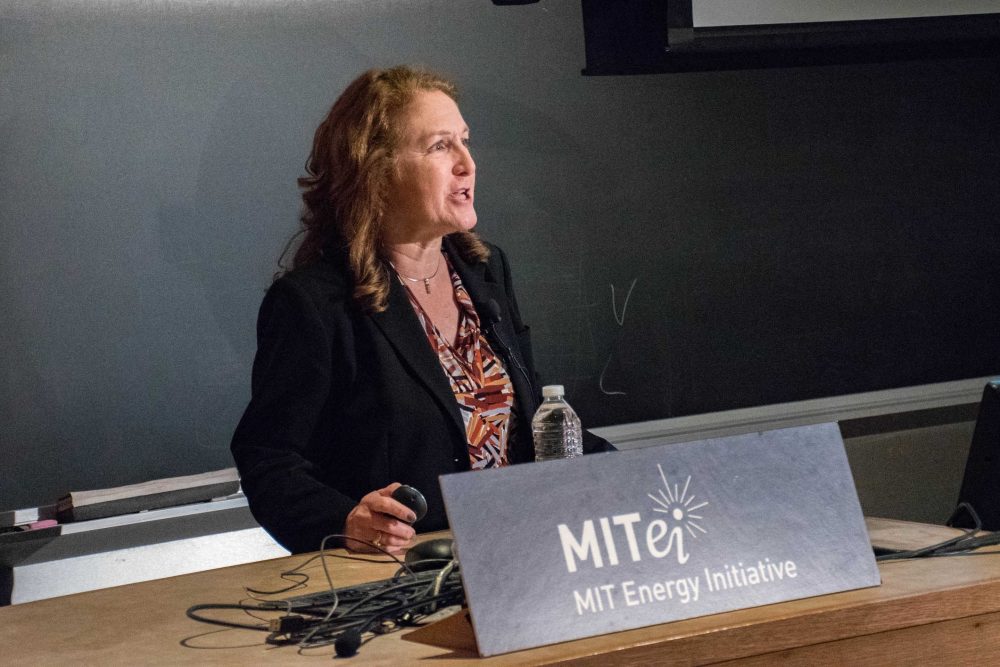 3 Questions: Gail Brager on optimizing energy use and performance of buildings