When Cristina Botero first started carbon capture and storage research as a graduate student at the University of Erlangen in Germany, MIT Energy Initiative researcher Howard Herzog’s name kept coming up. When Botero was accepted into the mechanical engineering PhD program at MIT, her first call was to Herzog. She soon became part of the MIT-BP Advanced Conversion Program, which focuses on the thermochemical conversion of coal and biomass to synthetic fuels. Working with Professor Ahmed Ghoniem and Herzog, Botero proposed and patented a novel coal feeding system that uses liquid CO2—instead of water—to feed coal slurry into a high-pressure vessel. Botero now works as a research engineer for BP’s Conversion Technology Center and helps oversee the MIT-BP program.

Why did you decide to work for a major oil and gas company?

I guess you could call me a “tree hugger,” so I never thought I would choose to do so! But the reality is that we don’t know if renewables will ever replace fossil fuels and, in the meantime, oil and gas companies will continue utilizing fossil resources. So what better place to pursue a career in energy and make an impact than a major oil and gas firm? In addition to being actively involved with renewable technology development, the oil and gas sector relies on people like me to find better, cleaner ways of utilizing traditional fossil resources. Furthermore, they offer multiple career development opportunities and a strong leverage on the direction of our energy future.

Apart from technical understanding, what other useful skills did you learn while you were at MIT?

I would highlight self-confidence as a major area of learning for me. MIT is known to be a “no praise” zone and, to survive, you have to trust what you do and keep going regardless of what other people tell you—or don’t! Being the best often means being the only one who doesn’t give up.

Also, I used to think that working hard and staying focused was the best way to be successful. At MIT I realized that the ability to network with the right people and to literally “sell” our ideas is at least as important. This is very difficult to accept when you are a techie at MIT, but it also happens to be the ideal place to do it. The person chatting with you during dinner may become the next US Secretary of Energy.

What advice would you give researchers just starting out?

Don’t rush through your education. Take the time to get involved with industry while at MIT, even if your goal is to stay in academia. The added value of an internship by far exceeds the time expenditure. I had multiple industrial experiences at wonderful places like Daimler, GE, Fraunhofer, and BP, which not only helped me find what I’m passionate about (energy!) but also shaped the way I do my research and interact with people. I learned to stay focused while keeping the big picture always in mind, which at the detail-oriented world of MIT is an especially important asset to have. 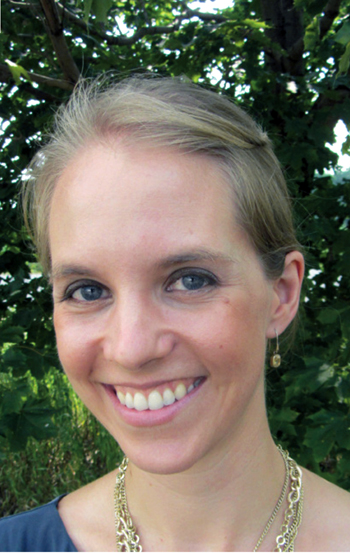 When Lara Pierpoint came to MIT as a graduate student in nuclear engineering and engineering systems, Professor Ernest Moniz advised her to become involved in the MIT Energy Club. Later, when he became Pierpoint’s advisor, he joked that she had two full-time jobs: running the Energy Club, of which she became president, and getting her PhD. Pierpoint’s hard work and the lessons she learned through her experiences at MIT paid off. She is now working for Moniz as a special advisor to the Energy Policy and Systems Analysis Office at the US Department of Energy, after a brief stint in the Senate Energy and Natural Resources Committee.

What motivates you to work in the energy space?

It comes down to climate change. Climate change is a frightening problem. I’ve always been in love with nature, and the notion that future generations won’t be able to experience it the way I have really inspires me to do what I do. But I’m also fascinated by the complexity of energy systems and how challenging the problem is—the fact that there is a set of incumbent technologies and infrastructure, and yet we’re trying to make transformational changes in how we consume and produce energy. It requires a lot of technological, policy, and business understanding.

How are you applying what you learned at MIT to your role in government?

I learned from working on The Future of the Nuclear Fuel Cycle study how to coordinate a big, complex study with many groups of analysts and an external advisory board. Having that experience in coordinating people around a set of energy policy recommendations is helping now as I work on the Quadrennial Energy Review.

My experiences with the Energy Club also taught me important lessons. I became involved with the club because—while I wanted to focus on nuclear—I didn’t want to lose sight of the broader energy picture. At the club, everyone has a specialty, and we all learned from each other. So I came out of MIT with a more comprehensive view of the energy world. I also learned a lot about leadership and how to inspire people to be involved.

What led you toward a career in government, and why do you feel it is important for scientists to engage?

In college I took a class called Science and Society. Up until that point, I had thought I was a math and science geek. But I realized how much I loved policy and the unique challenge of communicating science and technology issues.

With tight government budgets, scientists need to make the case for more funding. It’s also important to make sure science is digested and used within the policy process appropriately. For example, with climate change there is a lot of scientific uncertainty. But that uncertainty doesn’t mean we shouldn’t take action to mitigate and adapt to climate change. Conveying messages like this effectively is a major challenge. So for young researchers, it’s really important to start understanding and engaging in government processes to ensure strong and productive connections between policy development and our science and technology enterprises. 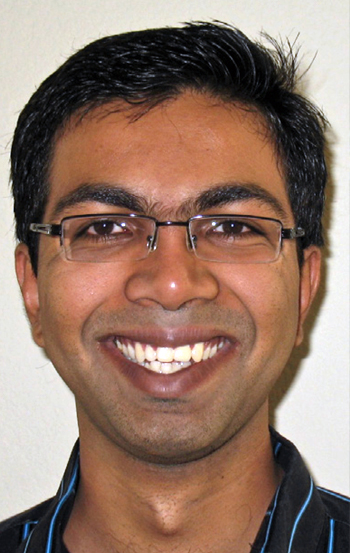 Raised in Chennai, India, Yogesh Ramadass came to the United States to get his master’s and PhD degrees from MIT. Now he’s applying his MIT research at Texas Instruments, where he interned as a student. While at MIT, Ramadass worked in Professor Anantha Chandrakasan’s lab studying power converters for ultra-low power electronics. It wasn’t long until this research deepened to go from using low energy to no energy—or ambient energy that exists naturally in the world around us. Ramadass has since gone on to productize some of the research he started at MIT.

What led you to a career in math and science?

What does it mean to use ambient energy to power electronics? Give me an example in theory and how it’s being put into practice at Texas Instruments.

Modern electronic circuits are able to work at very low power levels. One of the goals in our research in Dr. Chandrakasan’s lab was to get rid of the battery entirely and rely on ambient energy. One could envision a home with sensors throughout it monitoring room temperatures, humidity levels, etc., and communicating with your thermostat, air conditioner, and other electronics. These sensors could each be powered by the light or heat in the room—coming from overhead lights, HVAC vents, and other sources. Most of my research focused on how to extract energy efficiently from ambient sources and power electronics. The research done at MIT was very beneficial in helping build a portfolio of energy-harvesting products at Texas Instruments.

You’re now a mentor to graduate student interns. Why is this mentorship so important?

When I was a graduate student, I learned a lot from people in industry through internships and industry collaborations at MIT. I learned then how important an industry perspective is to providing direction within the research projects, especially in the field of circuit design. Graduate students come up with a lot of good ideas, but it’s essential that they understand where the ideas might fit in and what kinds of problems they need to target. The practicality aspect that gets passed on from industry is very important. That’s the kind of insight I hope to provide to students through mentorship and research collaboration.