In planning for a carbon-free electric power system in 2050, U.S. states in New England have looked to hydropower imported from Quebec as one source of clean electricity alongside wind and solar and others. But engaging Canadian hydropower strictly as an electricity supplier may not be the best way to go. An MIT analysis shows that two-way exchanges between the regions could yield significant benefits. Under such an arrangement, Quebec sends electricity south to New England to meet demand when wind and solar aren’t producing enough power. When they produce an excess, New England sends electricity north to cover demand in Quebec, allowing the hydro systems to pause and reservoirs to refill with water. The hydro system thus provides energy storage—over hours or days or months—and both regions benefit: Two-way trading lowers the cost of decarbonization and accelerates the process. Based on their findings, the researchers suggest that such interregional cooperation could prove beneficial wherever hydropower resources are available.
Power Distribution & Energy StorageRenewable Energy 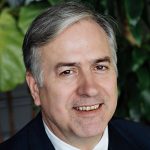