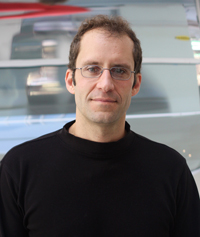 Researchers at the Massachusetts Institute of Technology (MIT) have proposed a tsunami-proof nuclear concept that combines current reactor technology with a rig similar to those used in oil and gas. MIT’s Jacopo Buongiorno outlines the benefits.

Jacopo Buongiorno is the lead author of a paper on the offshore small modular reactor (OSMR), in which reactors can be sited in deep water using an oil rig-like platform.

Q: What is unique about the OSMR concept?

The first thing to say is that even though our paper discusses an offshore floating SMR, the concept is not limited to SMRs. In principle, you could have a 1,000MW reactor. The platform would be bigger, that’s all.

It is unique compared to Russian floating reactors because those are floating plants but they are not really offshore.

By putting our concept a few miles off the coast, should there be an accident you would have more distance from habitation; say up to 10 miles, which is the current mandated evacuation zone in the US. The other difference has to do with tsunamis.

If you have a plant on the coast, it could still be damaged by a tsunami wave. But at 100 metres of depth they are of no concern; the plant rides the wave. Tsunamis are eliminated as a security concern. That makes our concept different to the Russian concept.

There are two other concepts that might be compared to ours. One is the French submerged concept, Flexblue, but that is essentially designed to be operated remotely. The other is the old Atlantic generating station idea that progressed to a contract with Westinghouse.

However, that was a large terrestrial plant mounted on a barge, which did not take advantage of any of the intrinsic advantages of being offshore, like putting the reactor below the water level for cooling purposes.

To decarbonize the chemical industry, electrify it