In spring 2015, Sallie “Penny” Chisholm joined an elite group of MIT professors recognized for their scholarly and educational accomplishments and their outstanding leadership and service

Chisholm joined MIT’s Department of Civil and Environmental Engineering as a marine ecologist in 1976 and a decade later co-discovered Prochlorococcus, a tiny marine bacterium that is the most abundant photosynthetic cell on Earth. With the help of advancing genomic technology—and aided by MIT Energy Initiative (MITEI) seed grants in 2007 and 2012—Chisholm and her colleagues have gained insights into how crucial Prochlorococcus is to the ocean environment and to the planet as a whole.

In May 2015, Chisholm received MIT’s prestigious Killian Award in recognition of her extraordinary research accomplishments, and in February 2013, she received the National Medal of Science, the nation’s highest honor in science and engineering. 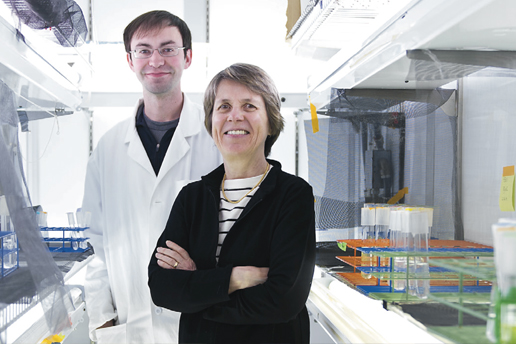