Understanding how they work

A systematic MIT analysis of how a multi-million-dollar automotive design prize competition actually works has produced insights that don’t always match accepted understanding. For example, theorists would argue that prizes intended to stimulate innovation should be designed to maximize efficiency and avoid duplicating effort. But typically they aren’t. Instead, they are designed simply to focus as much attention as possible on the targeted problem and to attract as many people as possible. But running an effective prize is not simple or cheap. The MIT findings suggest that a competition must be carefully designed and managed to provide a variety of incentives—from money to fame to fun. Done right, a prize can spur innovations that provide critical but financially undervalued social benefits such as reducing carbon dioxide emissions.

Prizes have long been used to induce solutions to national challenges. Between the 16th and 19th centuries, prizes yielded the vaccine inoculation, the lifeboat, a method of calculating longitude at sea, new food-preservation techniques, and more. But by the late 19th century, prizes had largely been replaced by two other mechanisms: patents and grants. However, those tools have limitations. Patents lead to innovation only in areas where inventions have commercial potential; and given the structure of government funding, grants are awarded to a narrow range of eligible recipients. 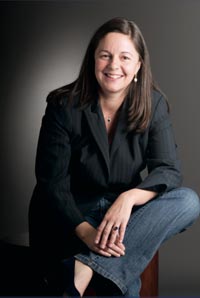 By analyzing a recent major automotive design competition, Fiona Murray of the MIT Sloan School of Management produced some concrete guidelines on how such Grand Innovation Prizes should be designed to maximize their effectiveness in spurring innovation. This research was supported in part by a seed fund grant from the MIT Energy Initiative. Photo: David Sella, courtesy of MIT Industrial Liaison Program

As a result, prizes have been making a comeback. “Prizes are an incentive mechanism that is particularly interesting when you want to specify the kinds of innovations you’re looking for and when you want to diversify the base of potential innovators,” says Fiona Murray, the David Sarnoff Professor of Technological Innovation, Entrepreneurship, and Strategic Management in the MIT Sloan School of Management. Accordingly, in early 2011, the Obama administration adopted regulations explicitly designed to accelerate the adoption of “ambitious prizes in areas of national priority.”

For Murray, the growing emphasis on prizes as a policy tool raises questions: What sorts of prizes work and for what; and how should they be structured to elicit innovation relating to the particular problems we care about? Current literature on the topic includes extensive anecdotal evidence and a “fairly significant body of economic theory that creates models of how prizes should work,” she says. But there is little formal analysis of empirical evidence from actual prizes—especially big prizes—and how they function “on the ground.”

To fill that gap, she set out to perform a systematic study of an ongoing “Grand Innovation Prize.” Her goals were to get insights into how a prize works in practice and then compare that empirical evidence to the ideas of both the economists who study prizes and the advocates and policymakers who design them. Seeing how those perceptions differ could help lead to the more effective use of prizes to stimulate innovation in areas where patents and grants may fail.

One area of national concern where prizes are particularly relevant is energy. “Energy is an area where we’ve got lots of core underlying skills and expertise. But are they being focused on the right kinds of problems and on technology that fulfills the right sorts of technical criteria?” asks Murray. It’s also an area where patents and grants have limited effectiveness. In energy, she says “it’s especially hard because the kinds of things that you might want— like a super-efficient vehicle—aren’t really valued by customers and because lots of externalities—like carbon dioxide emissions—aren’t really being priced.” With technological advances under-valued, profit-seeking inventors have little interest. In that situation, a prize is a good mechanism to focus attention and elicit new ideas and solutions.

Among the many energy-related prizes recently offered, one of the biggest and most publicized is the Progressive Insurance Automotive X-Prize (PIAXP). In late 2009, the PIAXP offered a $10 million cash prize to teams that produced clean vehicles that exceeded 100 miles per gallon equivalent and could be manufactured on a commercial scale. In addition to being a model Grand Innovation Prize, the PIAXP was supported by the X-Prize Foundation, which has had a presence on the MIT campus since 2007 through the X-Prize Lab@MIT. Murray decided that the PIAXP would make an ideal case study.

Her first task was to develop a formal analytical methodology that was comprehensive, generalizable, and could capture the essence of any prize being evaluated. Her approach uses both qualitative and quantitative methods to evaluate three dimensions of a prize: its objectives; its design, including initial specifications and incentives, qualification rules, and award governance; and its performance, that is, its success in engendering innovation.

With permission from the X-Prize Foundation, Murray, graduate student Georgina Amy Campbell SM ’11 of the Engineering Systems Division, and their collaborators began gathering information. They interviewed participating teams as well as the PIAXP organizers and sponsors; they observed key events; and they performed periodic surveys to understand the incentives, organizational efforts, and technical outcomes involved. They then compared specific aspects of the PIAXP with findings from theoretical analyses and with views put forth by policymakers and other prize advocates.

One striking feature of the PIAXP is the sheer number of participants. At the start of the competition, 111 teams entered 136 vehicles. The teams were largely supported by private money, generally provided by team members and their friends and family. Collectively, the teams spent far more on the task than the winners would get in the prize purse. Indeed, three individual teams spent more than they could have won in prize money.

Those observations demonstrate a central feature of today’s prizes: They are intended to maximize effort, not efficiency. Theory assumes that prizes should be designed to elicit an efficient level of effort, that is, the maximum amount of innovation in the most productive and efficient way. “If you tell an economist that a hundred people showed up with new ideas, they’re horrified because they say that’s incredibly inefficient. All that duplication of effort!” says Murray. “But if you’re not quite sure what the solution should look like and you want to focus attention on something, then you actually don’t mind the fact that lots of people are turning up and coming with novel ideas.” 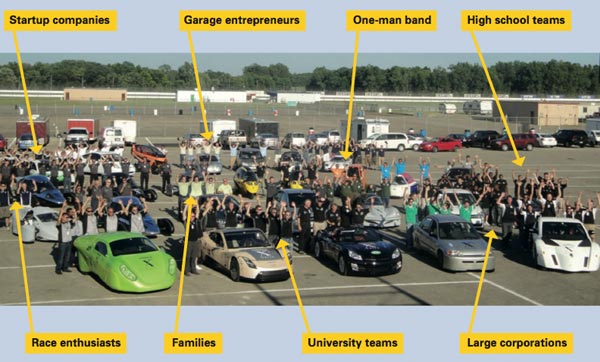 The PIAXP participants brought to their mission a wide variety of backgrounds and perspectives. The entrants included garage entrepreneurs, race enthusiasts, families, university teams, high school teams, and startup companies (see above). Individuals of all ages participated, many with undergraduate and some with graduate degrees. And they represented a surprising range of expertise, including mechanical and electrical engineering but also finance, computer science, and some life sciences. While theoretical analyses do not stress the benefits of focusing diverse perspectives on a problem, that approach provides a clear advantage when the range of possible solutions is hard to predict.

Why did the PIAXP attract such a diverse group? While most discussions of innovation focus on monetary rewards, in fact prizes offer multiple incentives that appeal to different kinds of people. In responding to surveys, PIAXP entrants said that they were inspired by the opportunity to get publicity, to develop new markets, to have fun, and more. Indeed, for many respondents, winning wasn’t a significant motivator. So the fact that they spent more than the prize purse is not necessarily an indicator of inefficiency (see chart below). They were getting other benefits from participating. 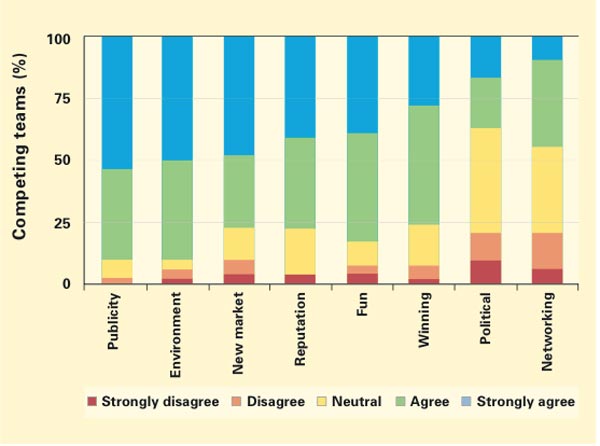 Reasons cited by individuals for participating in PIAXP. Respondents could select more than one motivation.

That finding has several practical implications for prize design. To attract a large and diverse group of competitors, an effective prize must offer activities and events that provide a wide range of incentives. Prize design is thus an unexpectedly challenging task. “You can’t just put up the money, walk away, and come back a year later and give people a prize,” says Murray. “You have to create events around it.” The PIAXP, for example, included a highly publicized series of races specifically intended to draw attention to the competition and to make “heroes” out of the winners.

As a further complication, the rules and procedures must be defined before the competition starts—and they may not prove up to the task. In the PIAXP, for example, there was originally one class of competitors and a single race. Along the way, the organizers found it necessary to split the competition into two divisions and add two more races. Murray notes that such modifications and adaptations of the rules are almost inevitable, but they must be handled in a way that respects the rights and opinions of participants already committed to the effort.

The need for multiple events has one more implication: Executing a well-run prize turns out to be unexpectedly costly. In general, people assume that the only investment required is the prize purse; the cost of running the competition is disregarded. “The government recognizes that running a grant-making system is expensive; they have entire agencies to do it. But they think that prizes come for free,” says Murray. “Running a prize effectively is actually quite a costly business. The infrastructure required is not zero cost.”

Murray and her colleagues are now using the new analytical framework to evaluate additional Grand Innovation Prizes, and she hopes others will do the same. As the PIAXP study demonstrated, careful planning is critical to having a prize that meets the goals and objectives of the organizers. “At the moment, I think, there’s just not enough thought given to all the design considerations,” says Murray. “This is a relatively new kind of design activity that people haven’t got experience doing.” Systematic analysis of a variety of prizes will help ensure that this traditional incentive mechanism will spur much-needed innovative solutions to today’s critical social problems.

This research was supported by a seed grant from the MIT Energy Initiative. Additional funding was provided by the National Science Foundation. Further information can be found in:

This article appears in the Autumn 2012 issue of Energy Futures.