One day before the Paris climate summit concluded with an agreement to curb greenhouse gas emissions around the globe, students, faculty and staff packed a room in the Green Building to hear a panel of MIT experts assess the likely outcome of the negotiations. While the climate negotiations wrapped up over the weekend, their impact in the decades to come remains far from certain.

In introductory remarks, Solomon noted that negotiators at the Paris meeting—known as COP21, or the 21st Session of the Conference of the Parties to the United Nations Framework Convention on Climate Change (UNFCCC)—had devoted considerable time to finessing language within 1600 sets of brackets in the proposed agreement to address concerns among its 195 signatories. Three days before the close of talks, that number had been whittled down to 361, and with two days remaining, it stood at 50.

Selin, who uses atmospheric chemistry and integrated modeling to inform decision-making strategies on air pollution and climate change—and who taught a course on COP21 this semester with its own hashtag—observed that since the U.N. Intergovernmental Panel on Climate Change was formed in 1988, scientists have become much more certain and specific in framing the problem and urgent in calling for worldwide reductions in planet-warming greenhouse gas (GHG) emissions.

What distinguishes COP21 from the climate talks of the 1990s, she said, is that Paris is taking a “bottom-up” approach in which each participating nation (including developing countries, whose contribution to the problem has grown considerably) defines its own contribution to reducing global GHG emissions based on local interests, politics and economics, rather than adopting a worldwide “top-down” target.

The 186 bottom-up commitments in the COP21 agreement, known as Intended Nationally Determined Contributions (INDCs), do not come close to putting the world on track to limit Earth’s average global surface temperature to 2 degrees Celsius above pre-industrial levels—a threshold identified by the UNFCCC as necessary to avoid the most serious impacts of climate change. The U.N. estimates that these pledges, along with existing climate policies, go just halfway toward achieving the reduction in GHG emissions needed for the world to have a viable chance of reaching the 2° C goal by 2100.

“Whether you’re optimistic or pessimistic really depends on your view of whether some agreement is better than no agreement,” said Selin. “Is the climate better off with a weak agreement that people comply with or a strong agreement that they don’t comply with?”

Trancik, who studies synergies between climate policy and technological innovation, emphasized that while the agreement would not meet climate goals, the INDCs could mobilize the kinds of technological advances needed to narrow the gap.

“The emissions reduction commitments that have been pledged are not sufficient for the task at hand, but if implemented, they promise to drive significant amounts of technological innovation,” she said, noting as well that at the start of the negotiations, the U.S. and 19 other nations promised to double their current investment in clean energy technology research by 2020.

Assuming implementation of all INDCs submitted for COP21, Trancik expects a major expansion of low-carbon energy technologies. Her estimates, from a recent report presented to U.S. and international policy makers, indicate that photovoltaics could grow by a factor of five, with costs declining by up to 50%; and wind power could grow by a factor of three as costs decrease by up to 25%. These expectations of innovation encouraged calls to frequently revisit and strengthen countries’ pledges.

Jacoby, whose research centers on the economic analysis of climate change and GHG mitigation, outlined key tasks that he expected would be stipulated in the agreement to ensure that INDCs are not only implemented but also strengthened over time. Per his expectations, every five years, signatories will participate in a transparent process to monitor, review and verify implementation of current pledges and establish more robust pledges going forward.

Among the challenges raised by this process, Jacoby observed, will be to establish common procedures to measure compliance with complex emissions reduction targets, and to secure a large enough financial commitment from wealthier countries to help resource-limited countries fulfill their pledges. Despite these challenges and the long road ahead to meet the 2° C goal, Jacoby called COP21 a success.

“We’ve created a situation where just about every country in the world has actually put something down on paper, so it’s brought everybody into the game,” he said. “Is it enough? No, but we only get the ratcheting up if we get a combination of public concern that drives domestic policies and technologies that lower the cost of [implementation]. The fact that you’ve got everyone now in this process, that’s a substantial achievement.” 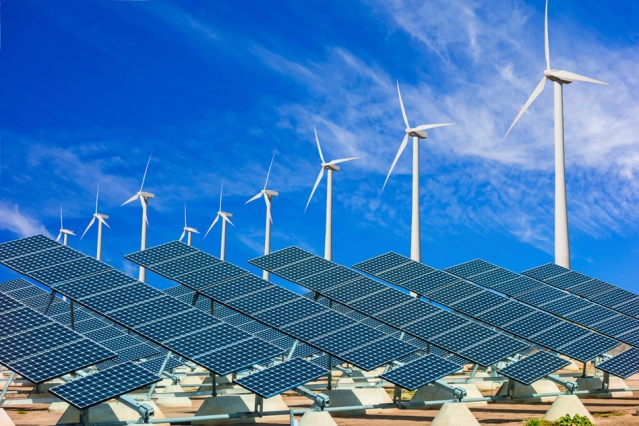 Storage technologies for renewable energy can pay off