Complex global manufacturing and shipping networks make it difficult for producers to choose materials and methods for cutting emissions and waste, whether for aluminum, paper, or plastic. Elsa Olivetti, the Thomas Lord Assistant Professor of Materials Science and Engineering at MIT, is developing models that combine cost and environmental data to guide choices for materials substitution and processing changes.

“We try to provide robust answers to questions of materials and technology choice by modeling and understanding the interdependencies within a market, including resource and energy use in supply chains,” says Olivetti. Underlying this work on the environmental and economic effectiveness of a material choice is a theme of reducing greenhouse emissions.

Choosing a particular material triggers a cascade of related events, including changes to the supply chain, the impact of recycled versus raw material, the processing technology for that material, the products it goes into, and its disposal or recovery at its end of life. “Often those are very complex decisions. What does that substitution imply for the resource effectiveness of the resulting cascade of activities?” Olivetti asks. To determine the environmental and economic impacts of materials choices and processes, Olivetti applies methods such as statistical simulation to rank the importance of data gaps and characterize uncertainty and maps the links between particular material or product attributes to resource and energy use.

Working with colleagues at MIT and elsewhere, Olivetti has tackled sustainability issues for biodiesel, aluminum, plastics, and computers from laptops to photonics integration. Her prior work on running shoes, with Randolph Kirchain, principal research scientist at the MIT Materials Systems Laboratory drew international attention. Their key finding was that more than two-thirds of the carbon impact can come from manufacturing processes for running shoes.

Although details vary from case to case, Olivetti’s approach simulates a cradle-to-grave system in a rough but comprehensive way. Gathering data across a wide spectrum of production and distribution activities requires building partnerships within the supply chain, so collaboration is key, Olivetti says.

Such a wide array of data also means uncertainty is inherent to the model. “What we’ve tried to do in the models we’ve developed is take on that uncertainty. In other words, be explicit about the fact that it’s there and find ways to deal with it,” she explains. “We find that developing methods of explicitly capturing that uncertainty in order to inform complex decisions benefits from a systems thinking approach. Uncertainty can be managed.”

For her collaborative work on laptop computers, Olivetti found that one particular step in the production process, manufacturing of the display — also called an array and cell module — can be a key driver of pollution. That’s because compound fluoride gases of sulfur or nitrogen, such as sulfur hexafluoride (SF6) and nitrogen trifluoride (NF3), which are used in the process (and in other electronics manufacturing processes as well), have a very high global warming potential. Production plants that install collection and combustion systems that prevent those gases from being released into the atmosphere can significantly reduce their greenhouse footprint. “Those gases in the atmosphere have orders-of-magnitude higher potential for contributing to climate change than carbon dioxide,” Olivetti says. “If you don’t have abatement equipment, then it’s the number one contributor (to global warming) for the manufacture of the product; if you do have the abatement equipment, then display manufacture is a smaller contributor.”

In the electronics industry, the result of these efforts is a set of practical tools called product-attribute-to environmental-impact-algorithms (PAIAs) that connect particular attributes of information technology (IT) products to their environmental impact. Olivetti and colleagues, including Randolph Kirchain, principal research scientist at the Materials Systems Laboratory, reported these findings in a 2011 IEEE Conference presentation as well as other reports.

Developing a complete method for characterizing the carbon footprint of manufacturing processes, especially for information technology, is a work in progress. Olivetti and her team are evaluating ways to reduce the cost of this work by identifying the major drivers of impact, the relative success of reduction efforts, the best ways to manage uncertainty and how much primary data is actually needed. Information technology is a key market sector for measuring environmental impact because computing and communications device makers are large users of chemicals, water, and energy. But environmental analysis is complicated by the information technology industry’s complex and often changing production methods.

While the polluting effect of perfluoro-compounds was known, identifying the display manufacture step as a potentially top pollution activity in laptop manufacturing was possible because of the level of detail and explicit inclusion of uncertainty in Olivetti’s approach. “If we said, ‘Ah, we don’t know what the number is, we’ll just use the average,’ then you wouldn’t really get the fact that this is a very significant, high-leverage data point to get better understanding of what the true impact is,” she explains. “If we tried to get the specific information from the supply chain, we would never be finished with the analysis, but if instead we can take on the uncertainty that’s associated with having abatement or not, then we understand that’s a very high-leverage way to both reduce the impact and to understand what the specific impact is. If you can know which supply chain partners abate these gases, then you’ll have a better understanding of where that step ranks,” she adds. Besides laptops, Olivetti also studied tablet computers, monitors, desktops, servers, televisions, and several electrical equipment products including bulbs and motors.

Another example of high variability in this work is the carbon footprint from electricity usage, which varies widely from place to place, based on the sources of power, including coal, oil, gas, nuclear, wind, and solar. Since these sources are identifiable, the researchers were able to quantify the variation by treating electricity separately and accounting for geographic variation.

Olivetti’s work on aluminum recycling analyzed the process at many levels, both in terms of materials and economics. A particular problem in aluminum recycling is a build up over time of so-called “tramp elements,” typically iron, copper, and other elements that degrade its purity. “An example of a market-level question we’ve looked at in aluminum recycling is how can we account for, and then how can we mitigate, accumulation of elements we don’t necessarily want in the recycled streams,” Olivetti explains. This work was done with Kirchain and Gabrielle Gaustad, assistant professor at Rochester Institute of Technology.

“On the recycling side what that means to me is as we recycle more — and this is actually becoming a newly interesting question for me in the case of the automobile, as we increase the materials complexity in the automobile for lightweighting — that changes the compositional nature of the flows of aluminum,” Olivetti says. “If we focus on the concentration of a particular element, let’s say copper in an aluminum stream, if you have repeated recycling, then there may be compositional drift at a very aggregate level in that stream, so the copper will tend to increase.”

Her research found that for aluminum, the market price of scrap metal provided a reasonable signal for the quality of the recycled material stream. Recyclers were able to respond to prices and apply upgrading strategies such as separation and distillation methods to maintain quality of their aluminum products.

The Microphotonics Center at MIT is developing a roadmap for the transition to integrated photonics in the information technology sector. Working with Kirchain, Olivetti is applying her Life Cycle Analysis tools to develop an economic analysis for the roadmap. “If we can build up models of what the process flow is and what is the time and reject rate and temperatures at which things need to operate as a function of the physics on the system, then we can build up estimates for things that we aren’t getting primary data. If we’re not going to measure the electricity use at the facility that’s making a device, can we model that based on process flow?” she asks.

“If decision makers can understand the drivers of cost, then they can know where to put their effort in terms of reducing that cost and what to be aware of in what a transition would look like. As the Microphotonics Center work is defining the roadmap, we try to build cost models that complement the roadmapping effort,” she says.

Olivetti’s teaching course load in the Department of Materials Science and Engineering at MIT is closely connected with her research. In the spring, she teaches 3.044 (Materials Processing), a core class for juniors covering topics such as heat transfer and fluid mechanics from an engineering perspective. In the fall, she teaches 3.081 (Industrial Ecology of Materials), which incorporates some of the tools she uses in her research. “Both of those are great complements to the research, so that’s fun. Everything is well-connected,” Olivetti says.

Olivetti, who grew up in Arlington, Virginia, and graduated from the University of Virginia, now lives in Arlington, Massachusetts. She received her PhD in materials science and engineering at MIT in 2007. She and her husband, Justin Reich, have two daughters, ages 4 and almost-2, and enjoy bike riding and rock climbing. 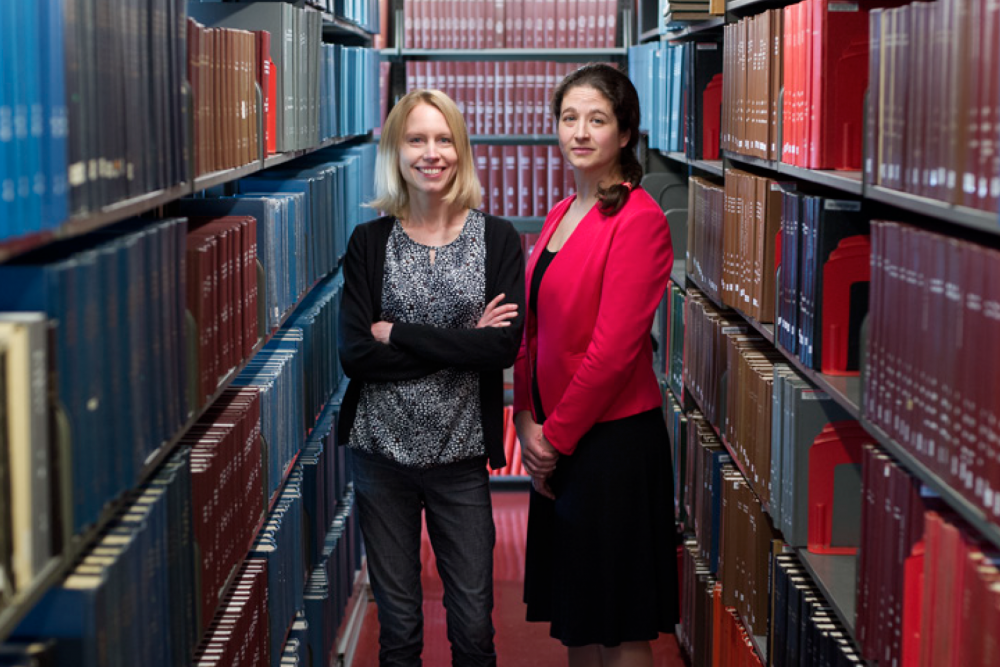