Since the successful conclusion of the Paris climate talks, known as COP21, in December with a unanimous multinational agreement to address the causes and impacts of climate change, members of MIT’s delegation to COP21 have been engaging with others throughout the Institute to provide analysis and perspectives on the process and outcomes from Paris.

On Jan. 25, four participants spoke at “Dispatches from Paris: Reflecting on the Climate Talks with COP21 attendees,” an evening event co-hosted by the MIT Energy Initiative (MITEI) and the MIT Joint Program on the Science and Policy of Global Change, to give the MIT community a taste of what it was like to be at the talks.

Amanda Giang, a graduate student in engineering systems who moderated the panel, set the stage for audience members unfamiliar with the climate talks, describing formal meetings filled with people from countries around the world listening to simultaneous translations of the proceedings, happening alongside “informal negotiations in the corridors.” She added, “There are long hours spent poring over very dense legal language, negotiating words like ‘shall’ or ‘should,’ or ‘must’ or ‘may.’”

Panelists noted the collective sense of urgency to reach a strong agreement, describing it as one of the vital aspects of COP21. Michael Davidson, a PhD candidate in the Institute for Data, Systems, and Society who also works with the Joint Program, said that there was “an air of cordiality in Paris, an atmosphere of cooperativeness” compared with previous climate negotiations he has attended, that helped move the Paris negotiations along.

From civil society organizations to world leaders, “everyone was going into the proceedings at COP21 with dedication,” said MITEI communications director Emily Dahl. “This is the time it had to be done.”

Another key element of success in Paris was establishing a common framework of accountability. This new structure allows countries to determine their own emissions reductions levels and strategies, through nationally determined contributions (NDCs), with transparency in reporting to hold nations accountable for their pledges. This will be coupled with a periodic review against long-term goals to encourage ratcheting up of pledges.

The focus on resilience in the face of climate change already impacting nations and communities was also important throughout the negotiations, panelists said.

In Paris, “climate change adaptation was for the first time placed on an equal footing with climate change mitigation,” said Jessica Gordon, a PhD Candidate in environmental policy and planning in the Department of Urban Studies and Planning. Gordon added that both of these issues must be addressed together: “We really can’t deal with them separately.”

Gordon and the other panelists discussed the prominence at COP21 of climate adaptation financing: monetary contributions to help the countries that stand to suffer most from climate change — many of which are among the least-developed nations — build resiliency. France, for example, expressed a desire to contribute to financing plans for the first time at this conference, while U.S. Secretary of State John Kerry stated that the U.S. plans to double its contributions.

International cooperation was also evident in the marked change in the relationship between the U.S. and China. After years of stalemate, both countries are now working together to solve climate issues, due in large part to meetings between the two countries leading up to Paris. Davidson, who is also a researcher with the MIT-Tsinghua China Energy and Climate Project, called U.S.-China collaboration “the defining partnership on the international scene.”

For Joseff Kolman, an MIT undergraduate in political science and physics, COP21 was a first-time foray behind the scenes of international negotiations. “One of the big reasons I wanted to go was to see what the climate negotiations looked like,” says Kolman, who won a grant from MITEI to attend the talks as a part of an undergraduate energy studies minor competition.

Learning in class about how the negotiations should theoretically work, Kolman says, was very different from being there in person: “Actually being there was eye-opening.” One unexpected discovery, he says, was “the entire infrastructure of individuals who come from around the world” with diverse missions and engage each other in climate discussion and planning outside of the main conference framework.

Dahl discussed the role of MIT faculty, including professors John Sterman, Jessika Trancik, Jake Jacoby, Tom Malone, and Valerie Karplus, in providing analysis for policymakers leading up to and during COP21 and helping to inform public understanding of the events unfolding at the talks.

This commitment to fostering public discourse and spurring action, informed by science, is a hallmark of MIT’s recently unveiled climate plan.

Another notable aspect of MIT’s climate plan is its call for engagement across all disciplines and sectors on climate solutions, which it shares with the Paris talks. The spirit of COP21 is alive and well on campus, as MIT community members continue researching, discussing, and collaborating — with each other and with government, industry, and society — on climate solutions. 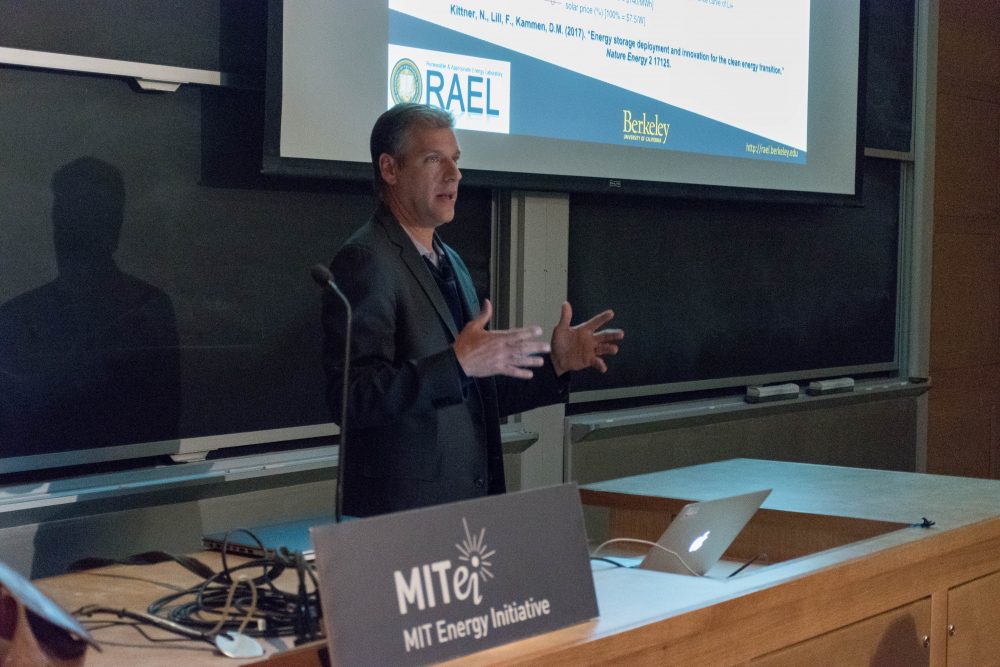 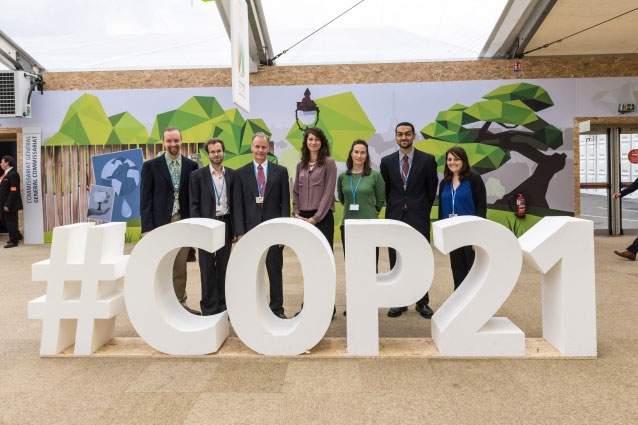