Changing with the climate

Just days after President Obama called for action on climate change in his second inaugural address, members of Mass. Gov. Deval Patrick’s administration joined energy and environment researchers at MIT to discuss strategies for adapting to climate change. The panel discussion on Jan. 23 fostered a continued partnership between MIT and the Commonwealth to advance energy and environment innovation.

“We are so pleased to have the opportunity to utilize one of the Commonwealth’s greatest intellectual resources — MIT — to tackle this global challenge,” said Massachusetts Undersecretary for Energy Barbara Kates-Garnick, the moderator of the panel.

MIT professors Kerry Emanuel and Michael Greenstone kicked off the event with a discussion on the clear realities of climate change.

“When we’re talking about global climate change, no one really cares if the temperature goes up a few degrees. On a day like today it would seem to be a good thing,” said Emanuel, the Cecil and Ida Green Professor of Atmospheric Science. “What we really care about … is the side effects of that global warming.”

Side effects include increases in sea levels of as much as three feet by the end of the century, increased incidence of heat waves and drought, and more intense rain and snow storms and hurricanes.

When asked by MIT Energy Initiative Director Ernest Moniz how long we have to prepare, Emanuel said the time scale is negative. But he pointed out that part of the problem is policies that encourage people to live and build in risky places. “People are moving into hurricane-prone regions, including right here in Massachusetts,” Emanuel said. “For these people, this is bad news.”

Emanuel’s colleague, Greenstone, then laid out some of the ways to confront the challenges of climate change.

Mitigation — i.e., reducing greenhouse gas emissions to reduce the severity of climate change effects — is one course of action. But, Greenstone noted, a comprehensive mitigation strategy hasn’t generated much enthusiasm around the world. “I say that as someone who listened to the president’s inaugural and thought, ‘This is fantastic. The president is making a big effort on this,’” said Greenstone, the 3M Professor of Environmental Economics. “Unfortunately, I’m not sure everyone in the country agrees with the president, and the politics have proven to be a little harrowing.”

Like President Obama, Greenstone believes the United States should be a leader, encouraging other countries to also confront climate change. Acting through adaptation measures can complement both mitigation initiatives and funding of basic research and development for low-carbon energy sources in the United States and abroad.

Fortunately, Massachusetts is playing a key role in developing that playbook. Two years ago, the Commonwealth released the Massachusetts Climate Change Adaptation Report, which lays out strategies to help prepare for and respond to the impacts of climate change. Stephen Estes-Smargiassi, director of planning for the Massachusetts Water Resources Authority (MWRA), and the Department of Agricultural Resources Commissioner Gregory Watson spoke about some of their efforts.

Estes-Smargiassi used the Deer Island treatment plant as one example of their work to make adaptation part of their long-term strategy.

When the department began designing the plant in the 1990s, its engineers realized that if sea level rose, the plant’s capacity would be compromised. To ensure they would have the capacity needed for the future, the MWRA decided to raise the design of the plant almost two feet. Estes-Smargiassi called this move the first significant and concrete effort at climate adaptation nationwide.

“When we’re making a renovation, we’re going to make sure climate change is a part of it. It’s built into our thinking,” Estes-Smargiassi said.

The department is also taking steps to be more efficient. Just this week, the MWRA was nationally recognized by the American Council for an Energy-Efficient Economy and the Alliance for Water Efficiency for its exceptional efforts to save both energy and water. The MWRA’s work contributes to the Commonwealth’s overall effort to reduce emissions by 25 percent by 2020 and by at least 80 percent by 2050 below statewide 1990 emissions. Mandated by the Massachusetts Global Warming Solutions Act of 2008, these emission reduction targets are the most ambitious in the nation.

With a third of global greenhouse gas emissions coming from the food system, Watson spoke on his department’s work. Calling large commodity-based agriculture “a thing of the past,” Watson said his department is turning to new, more sustainable techniques: composting, enriching soils with nutrients, increasing fertility with biochar (charcoal substitute made from organic material) and encouraging “grow local” campaigns.

“We’re creating a sustainable agricultural economy in Massachusetts,” Watson said. And that’s “the direction agriculture in this country is headed.”

While there are substantial efforts underway in Massachusetts, Kates-Garnick concluded the discussion by highlighting the need for continued work.

“We have a piecemeal approach. One administration leaves, another comes in. And while we may all be committed … what we really have to do now is put in place long-term consistent solutions … I think we’re really focused on doing this in our administration,” Kates-Garnick said. 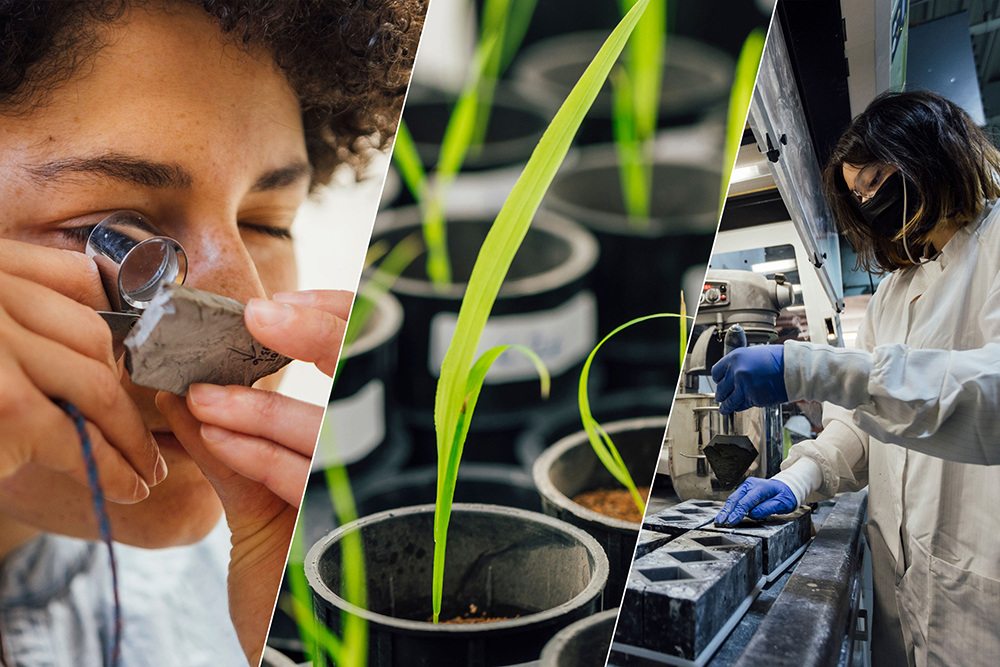