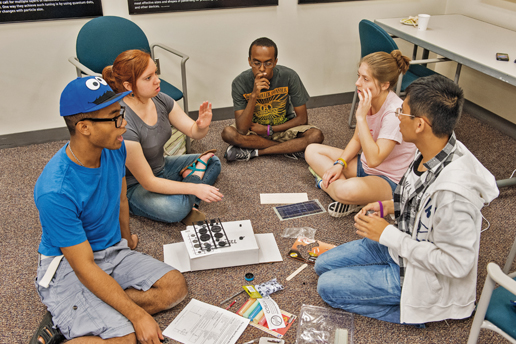 One highlight of the program was working in small groups to build prototype solar cars. Here, one team discusses possible approaches to designing a solar car using the supplied materials, which are spread out on the floor. Photo: Justin Knight 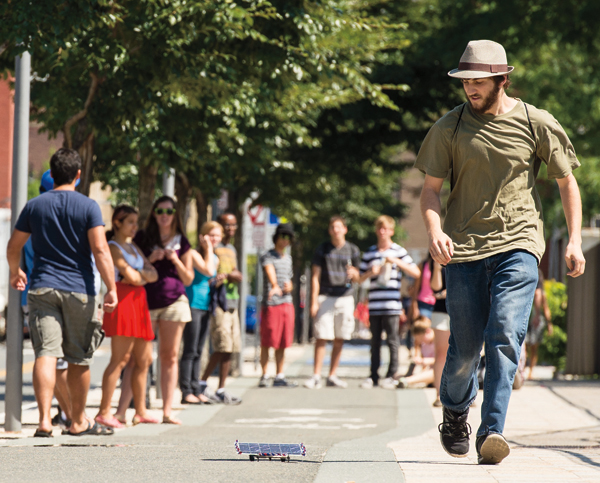 Wesley Cox tracks his team’s solar car as it travels along the bike path near MIT’s Stratton Student Center. In a series of competitions, each car was judged based on its stability and speed as well as the creativity of its design. For the final stability challenge, students attempted to have their cars survive driving down the numerous steps at MIT’s main entrance at 77 Massachusetts Avenue. Photo: Justin Knight 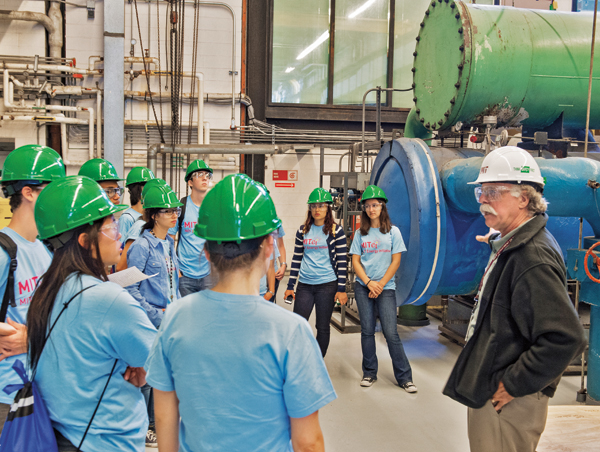 During a private tour of the MIT cogeneration power plant, Peter Cooper (right), MIT’s manager of sustainability engineering and utility planning, explains the processes involved in simultaneously generating heat and electricity in one station. The DELTA students also learned about the flow of energy throughout the MIT campus, from generation and distribution to end-use consumption, and about MIT’s efforts to make every step as efficient as possible. Photo: Justin Knight