A new approach to water desalination

The availability of fresh water is dwindling in many parts of the world, a problem that is expected to grow as populations increase. One promising source of potable water is the world’s virtually limitless supply of seawater, but so far desalination technology has been too expensive for widespread use. Now, MIT researchers have come up with a new approach using a different kind of filtration material: sheets of graphene, a 1 atom-thick form of the element carbon, which they say can be far more efficient and possibly less expensive than existing desalination systems.

“There are not that many people working on desalination from a materials point of view,” says Jeffrey Grossman, the Carl Richard Soderberg Associate Professor of Power Engineering in MIT’s Department of Materials Science and Engineering, who is the senior author of a paper describing the new process in the journal Nano Letters.

Grossman and graduate student David Cohen-Tanugi, who is the lead author of the paper, aimed to “control the properties of the material down to the atomic level,” producing a graphene sheet perforated with precisely sized holes. They also added other elements to the material, causing the edges of these minuscule openings to interact chemically with water molecules — either repelling or attracting them.

“We were very pleasantly surprised” by how well graphene performed compared to existing systems in computer simulations, Grossman says.

One common method of desalination, called reverse osmosis, uses membranes to filter the salt from the water. But these systems require extremely high pressure — and hence, energy use — to force water through the thick membranes, which are about a thousand times thicker than graphene. The new graphene system operates at much lower pressure, and thus could purify water at far lower cost, the researchers say.

While reverse osmosis has been used for decades, “really basic mechanisms of separating salt from water are not well understood, and they are very complex,” Cohen-Tanugi says, adding that it’s very difficult to do experiments at the scale of individual molecules and ions. But the new graphene-based system, he says, works “hundreds of times faster than current techniques, with the same pressure” — or, alternatively, the system could run at similar rates to present systems, but with lower pressure.

The key to the new process is very precise control over the size of the holes in the graphene sheet. “There’s a sweet spot, but it’s very small,” Grossman says — between pores so large that salt could pass through and ones so small that water molecules would be blocked. The ideal size is just about one nanometer, or one billionth of a meter, he says. If the holes are just a bit smaller — 0.7 nanometers — the water won’t flow through at all.

Other research groups have worked to create pores in graphene, Cohen-Tanugi says, but at very different sizes and for very different purposes — for example, making much bigger holes to filter large molecules such as DNA, or to separate different kinds of gases. The methods used for those processes were not precise enough to make the tiny holes needed for desalination, he says, but more advanced techniques — such as helium-ion bombardment to make precise holes in graphene, chemical etching and self-assembling systems — might be suitable.

For now, Grossman and Cohen-Tanugi have been doing computer simulations of the process to determine its optimal characteristics. “We will begin working on prototypes this summer,” Grossman says.

Because graphene is the subject of research into many different applications, there has been a great deal of work on finding ways of making it inexpensively and in large quantities. And for desalination, because graphene is such a strong material — pound for pound, it’s the strongest material known — the membranes should be more durable than those presently used for reverse osmosis, Grossman says. In addition, the material needed for desalination does not need to be nearly as pure as for electronic or optical uses, he says: “A few defects don’t matter, as long as they don’t open it up” so that salt could pass through.

Joshua Schrier, an assistant professor of chemistry at Haverford College, says, “Previous simulations had studied the flow of water through very small holes in graphene, and the design of pores that selectively allow ion passage, but — despite the social and engineering relevance to desalination — nobody had thought to examine the intersection of these two fields.” The work by the MIT team could open a whole new approach to desalination, he says.

Schrier adds, “Manufacturing the very precise pore structures that are found in this paper will be difficult to do on a large scale with existing methods.” However, he says, “the predictions are exciting enough that they should motivate chemical engineers to perform more detailed economic analyses of … water desalination with these types of materials.”

The work was funded by the MIT Energy Initiative and a John S. Hennessy Fellowship, and used computer resources from the National Energy Research Scientific Computing Center. 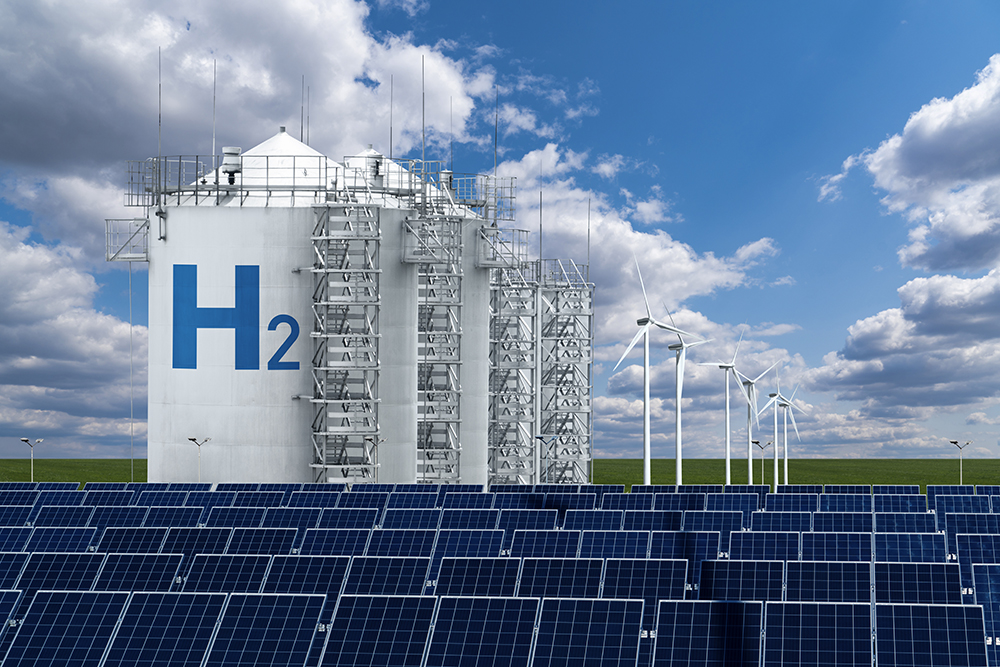